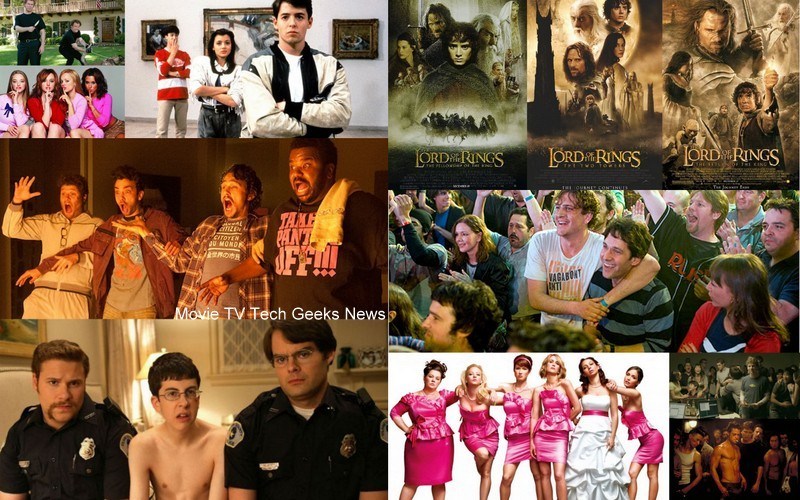 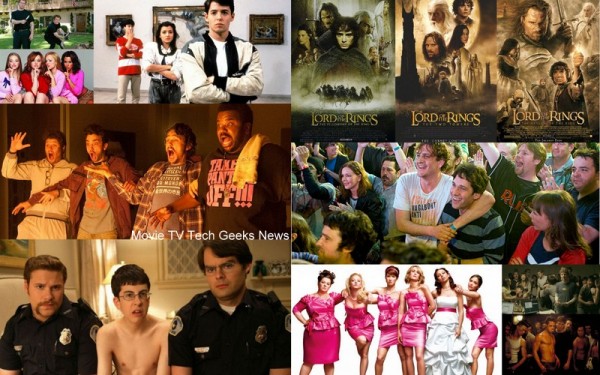 Being a college student can often be busy and stressful. Therefore, when a student does get a chance to take some time off to and are able to watch a movie, they should be sure to pick one that they are guaranteed to enjoy. Being in college myself, freshman year is when you are indoctrinated with some of the greatest movies that you not have even heard of…especially if you’re from a smallish town. Plus I’ve met some of best friends here in college watching these films in the rec area together.

So, I have compiled my top 10 movies that I think every college student should see. 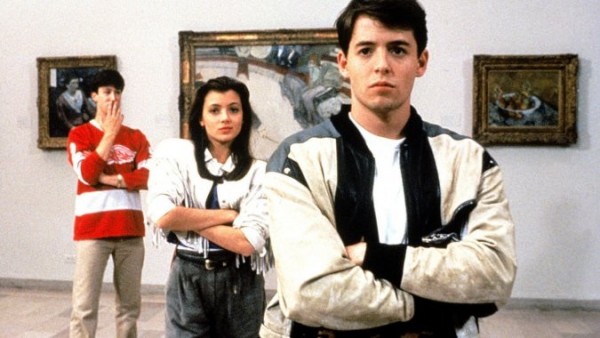 Ferris Bueller has become a classic movie about a rebellious, fun-seeking high school senior who is determined to have his one last hurrah before graduating. After calling in sick for classes, Ferris ends up “borrowing” a Ferrari and having a fun-filled day in the streets of Chicago with his best friend and girl friend. However, Ferris’ high school principal is determined to catch Ferris during his “day off.

If the studying and work associated with post-secondary is getting to you, this movie is definitely a light, fun film that can temporarily alleviate some of the stresses of college. 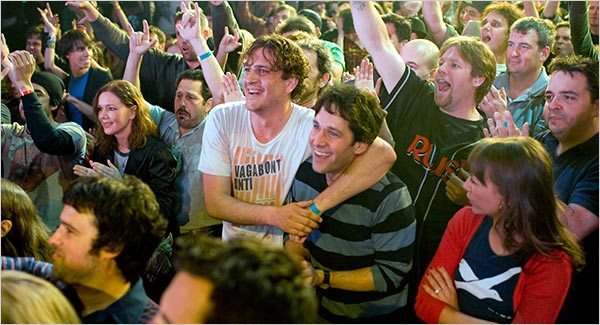 So many movies try at the same type of comedy this film possesses and fails, but Paul Rudd and Jason Segel are the perfect pairing to actually succeed in this hilarious bro-mance oriented movie.

This movie is about Peter Glaven, a soon-to-be groom, who realizes he doesn’t have any close friends to ask to his best man. In order to fix this, Peter goes on a series of “mad-dates,” and eventually stumbles upon Sydney Fife. Peter is a relatively reserved guy, while Sydney is definitely free spirited, which makes for a hilarious dynamic between the two. However, Sydney and Peter’s relationship ends up threatening Peter’s relationship with his future wife.

This movie will definitely make you laugh-out loud so it’s perfect to watch with your school friends on a Friday night. 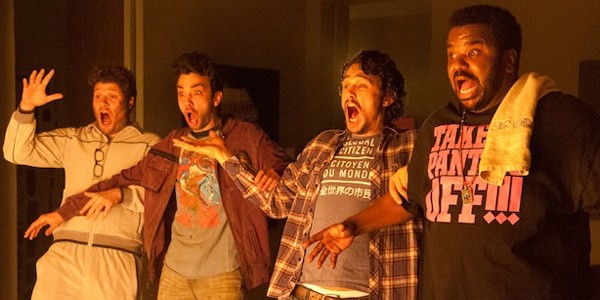 This film has so many comedians, that it doesn’t even matter how ridiculous the plot line is, its hilarious. It is about actor James Franco, who is throwing a star-studded party, including Rihanna, Emma Watson, Michael Cera, among many other prominent names. However, things go awry when an apocalypse erupts and ends up trapping a select few in Franco’s house. The people trapped inside have to somehow work together to try and survive the “end of the world.”

With social media being so relevant in the world of college, I feel like I am obliged to recommend that students watch The Social Network. The movie is based on the true story of Harvard undergrad Mark Zuckerberg, whose idea for a social networking site blossoms into what we know today as Facebook. However, it was not a smooth ride up as Zuckerberg faced conflict both in his personal and business life. 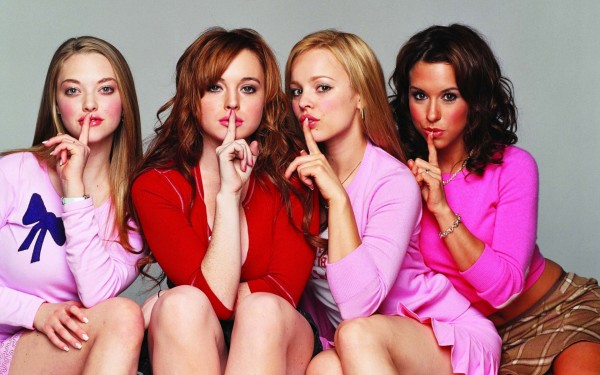 Okay, so this one might be more directed towards the female crowds, however it has become such a classic that I think that everyone should watch it at least once. Odds are you will encounter a fellow student quoting it at least once during your undergrad.

The movie stars Lindsay Lohan, who grew up being home schooled by her parents who were researchers in Africa. However, they decide to move to Illinois and Cady is enrolled into public high school for the first time in her life. Here, she encounters the cruel world that comes from the hierarchy amongst the students and eventually becomes part of “The Plastics,” a shallow group of girls who are deemed high school royalty. 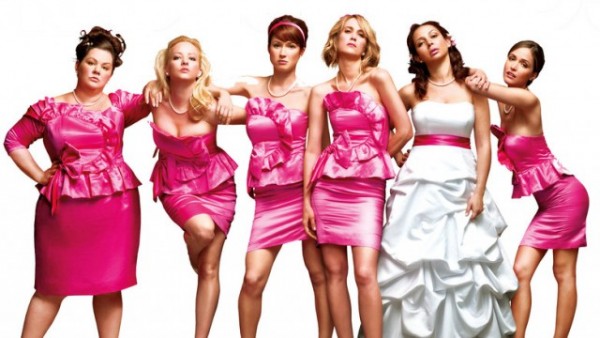 Bridesmaids is another movie that I didn’t expect much from, but couldn’t stop laughing when I saw it. It is definitely a good pick-me-up when you’re tired from hitting the books.

The movie is about Annie, a single woman who can’t seem to get her own life in order. Things seem even worse when she finds out her lifelong best friend Lillian is engaged and wants Annie to be her maid of honor. Annie, who is broke, jobless and unlucky with love, attempts to suck up her own problems and lead Lillian and the bridesmaids down an unorthodox road to the wedding. 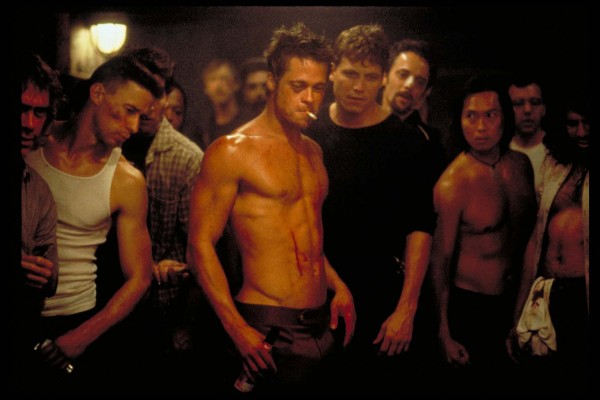 While most of the movies on my list are comedies, there are a few classics that I feel are a must-see for college students (if they haven’t already seen them). One of these is Fight Club. The movie is definitely a mind-boggling story, which often gets referenced in contemporary media (you’ve probably heard about the first rule of fight club, right?)

The movie is about a depressed man who suffers from insomnia. He meets a soap salesman named Tyler and eventually ends up living in his slummy house. Out of boredom, the two men begin an underground club with strict rules, where men can fight out their frustrations stemming from their mundane lives.

Be warned: Things are definitely not all what it seems with this movie. 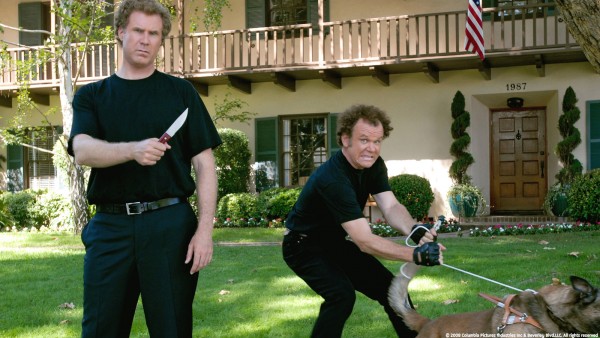 Probably the best comedy Will Ferrell has ever been in, Stepbrothers is about two middle-aged, lazy, unemployed men who still live at home. When their parents decide to get married, they are forced to become a blended family, which triggers “brother” rivalry that threatens their parents’ marriage. 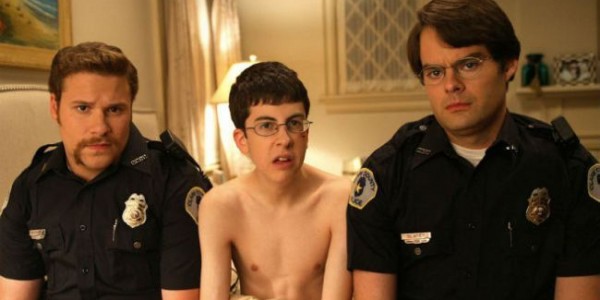 This is the movie that made Jonah Hill a household name. Perfect for college students, as it is about two best friends who are nearing high school graduation and the inevitable future of having to split up and attend different post-secondary schools. However, before all of this, the two friends decide they are going to try and get in with the popular crowd by supplying the booze for their party. However, their plans are interrupted when two bored policeman intervene.

This movie is probably one of my favorite comedies of all time, as it doesn’t resort to big gestures to be comedic. It’s has a clever-wit that stems from it being loosely based on Seth Rogen’s experiences growing up.

Hopefully you by the time you are in college you have already watched this trilogy several times, but if you haven’t this is definitely a must. Lord of the Rings is the film adaptation of the book series of the same name by J.R.R. Tolkien. It tells the story of Frodo, a Hobbit living in the mystical world of the Middle Earth, who finds himself in possession of the “One Ring that rules them all.” Frodo must make a journey, with the help of wizards, dwarves, elves, and many other creatures, to destroy the Ring in the fires of Mount Doom where the ring was forged. Unfortunately the Middle Earth is filled with plenty of evils that will do whatever it takes to stop Frodo and his group from fulfilling their quest.