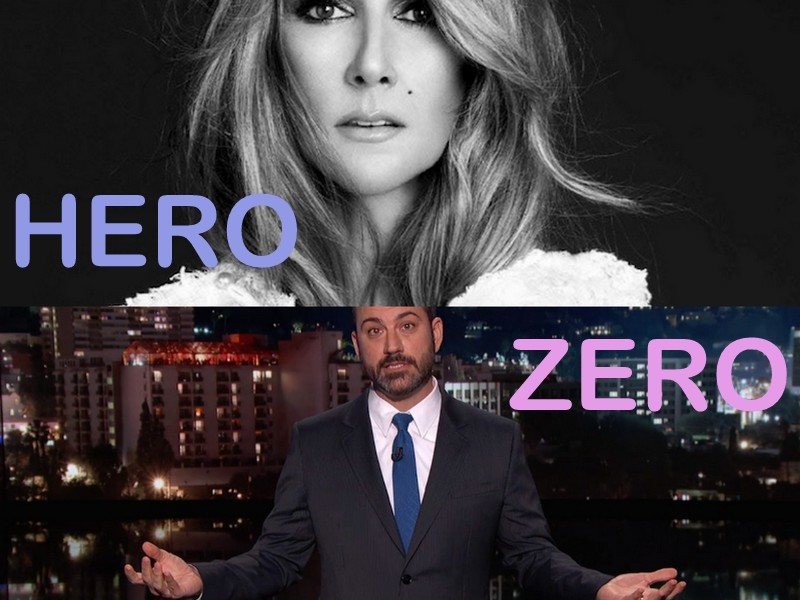 This week’s hero is a singer hit with great tragedy, and the zero is a nighttime talk show host who just doesn’t live up to the hype. 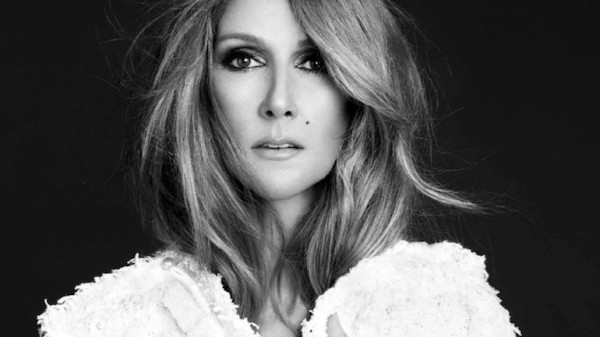 It takes a strong person to deal with all the things Celine Dion has dealt with in the last two weeks. Well, in the public, at least, it as been that long but behind the scenes, she has been dealing with her husband’s sickness for nearly 20 years. With the recent death of her longtime manager and husband Rene Angelil and subsequent death of her brother two days later, she is a hero all of us can look up to.

Having to say goodbye and bury two of the closest people is hard for anyone and not everyone can get through it the way she seems to be getting through it. That doesn’t make them any less of a person of course nor does it mean that they are weak, it just means that people deal with grief differently.

Celine has had to hold it all together not just for her kids but for her mother and siblings as well. Keeping your head up in the face of such horrible circumstances is tough, and when you add doing it in the public eye, it can be almost unbearable.

The class and solidarity she has displayed speaks to others that have gone through or is going through similar situations. My heart feels for Celine. As someone who lost a close loved one, I know the pain and angst she is experiencing, and I am woman enough to say that I am not sure I could lose two family members and not have a nervous breakdown.

She and her children attended the funeral that Rene himself reportedly planned according to CNN as he was a man of great stature in Canada. The service was live streamed as mourners showed their respects. Celine’s brother’s funeral is two days later.

Sending love and support her way, she’s our latest hero. 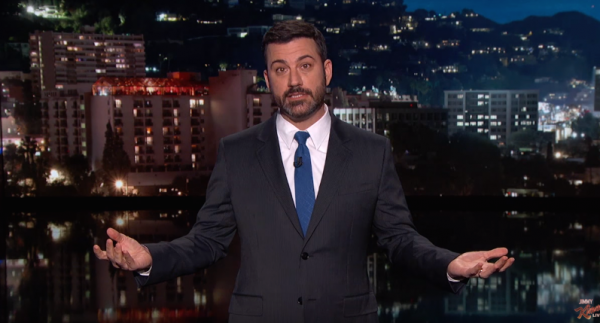 This is why he will always be, in my book, the other Jimmy. The late night host is this week’s total zero for his ignorant and unfunny Oscars skit on the Jimmy Kimmel Live show.

The whole #OscarsSoWhite “controversy” took the entertainment industry by storm this week and with Jada Pinkett-Smith (Will Smith too) and Spike Lee boycotting the awards ceremony, everyone has had something to say. With that, while others chose to take a serious note in dealing with the lack of diversity in this year’s Oscar nominations, Jimmy Kimmel chose humor. The only thing is that he missed the mark. Big time!

He obviously has no people of color on his writing team because if he did, they would have shot that horrible skit idea all the way down. I am not quite sure what he was trying to achieve by replacing the movies nominated for Best Picture with black actors and utterly offensive stereotypical titles, but it was tasteless and derogatory.

In fact, when you get down to the root of the problem with diversity in Hollywood (and a lot of other industries) his skit is the perfect example of the problem. And it shows the stereotypes of white people more than it does of black people in a disgusting way.

If you don’t have representative people of color in areas of creation, you get these kinds of issues. Now, am I calling Jimmy Kimmel a racist? No, I am not. Am I saying that he doesn’t like black people or anything along those lines? By no means at all.  What I am saying is that the system in place that allows these situations to happen don’t make for proper filtering. I don’t think, and this is me giving folks the benefit of the doubt, that white people who make these kinds of ill judgments are doing so with the intent to offend. Well, not all white people anyway. I do think that because there is a culture of mockery towards people of color about certain aspects of our various communities, we fall victim to the butt of bad jokes and misguided attempts at humor.

On this one, no matter what Jimmy Kimmel and his people try to explain as the reason for their epic fail, there is no denying the insensitivity. It’s a slap in the face. I mean come on, The Big Shawty (The Big Short) starring Bow Wow (um he goes by Shad Moss now) and The Revenant Al Sharpton (The Revenant). Who in their right f&^%ing minds thought this was a good idea? I have to know so I can put a face to this stupidity.

Jimmy Kimmel takes a major L for this one and is the zero of the week for sure.