Home Sports Football Can anyone stop Johnny Manziel before it’s too late? 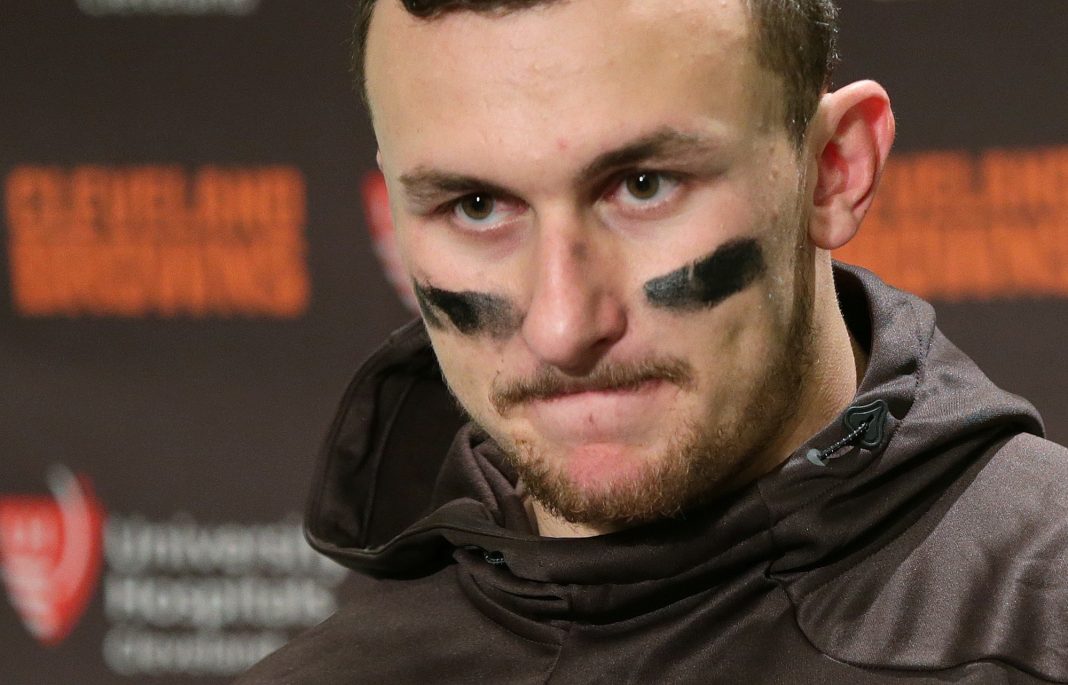 Who can stop Johnny Manziel?

For those of you out there waiting for proper punishment for Cleveland Browns quarterback Johnny Manziel, it’s gonna be a while. It doesn’t appear law enforcement can do anything about the incidents between he and his (ex)-girlfriend. Even his agent Erik Burkhardt has cut ties with the football player.

“It is with deep regret that, after several emotional and very personal discussions with his family, his doctors, and my client himself, I have made the decision to terminate my professional relationship with Johnny Manziel,” Burkhardt said.

Burkhardt added he “will remain a friend and Johnny supporter but it has become painfully obvious that his future rests solely in his own hands.”

Johnny Manziel's agent has parted ways with him, as seen in this statement: pic.twitter.com/JKVEHOAeHm

Two reported instances of Colleen Crowley being hit by Manziel, and not one charge against him.

The Cleveland Browns who would like nothing better than to set Manziel’s belongings on the front curb, are stuck with the troubled young quarterback for about another month. Salary cap limitations are the only thing keeping Manziel part of the Browns organization at this point. So the team that employs Johnny Football is powerless to do anything about his behavior at this moment.

What about the NFL? Just looking at the Greg Hardy situation from last year tells us that the League is on shaky ground when trying to discipline players for domestic abuse situations. Hardy had already been convicted of beating on his girlfriend and still was able to have his NFL mandated suspension drastically reduced. Manziel is a long way from anything resembling a conviction.

His off the field conduct is certainly detrimental to the League, but any penalty the NFL were to levy would be quickly challenged by the players’ union and likely overturned in a hurry. It would just be another blow to Commissioner Goodell’s authority.

The only penalty coming to Johnny Manziel will have to wait until he goes completely off the deep end. Unfortunately that may be too late for his girlfriend Colleen Crowley, who’s apparently putting her life in danger each time she’s in the same room as Johnny Manziel.

Hopefully, it doesn’t come to that point.

And there is something that can be done in the meantime.The average Joe isn’t powerless to punish Johnny Manziel despite the following quote from the latest police report involving Manziel and Crowley.

“I was crying and begged the valet, ‘Please don’t let him take me. I’m scared for my life!’” Crowley told police. The valet reportedly told her, “I don’t know what to do” and let Manziel leave with her. 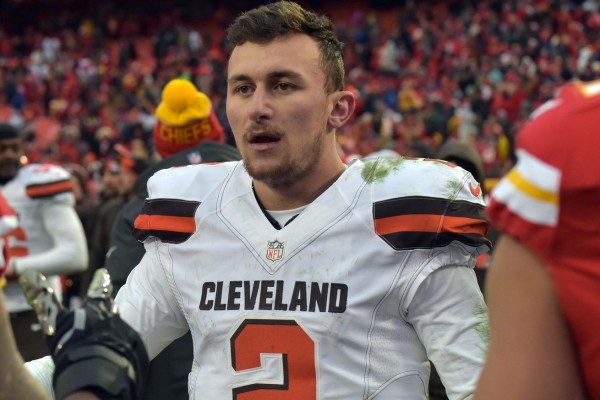 Here a guy stood that not only could have stepped in to help, but was reportedly begged to help a woman in trouble. I’m not saying the valet should have went at Manziel with some MMA shit he learned watching the UFC, although that would have made for a great story. But the guy could have at the very least called security or the cops. Maybe Manziel is set free once again if the cops are called, but at least this valet would have made an effort to stop a possible assault.

So what can the average person do to punish Johnny Manziel since it appears the powers that be have very little power over this man at the moment?

Social ostracism would be a great start.

Anyone out there who is disgusted with Manziel’s behavior toward his girlfriend and actually owns a #2 Browns jersey should burn it and put the video on Youtube.

See J-Football in the airport or at a restaurant, it would be a good time to stroll up and tell him what you think of guys who hit women. No violence, just person after person invading his personal space to put him in his place.

Done properly, this technique might keep Manziel from going out in public so much and making a fool of himself. It would actually be doing him a favor.

Another way to ostracize Manziel would be to refuse service. The right to refuse to serve someone at a business is awesome and should be used more. There will always be some dirtbag club owners who would love to have an NFL quarterback who thinks he’s a rapper on hand. But there are plenty of restaurant owners, limo companies, bars, and other businesses who have morals. Owners of these companies could make a real statement by refusing to allow Manziel on their property.

Maybe having the public punish Manziel for being a bad guy seems unlikely.

But no more unlikely than powerful organizations like the NFL, law enforcement agencies, and his employer being completely impotent when it comes to punishing his despicable behavior.