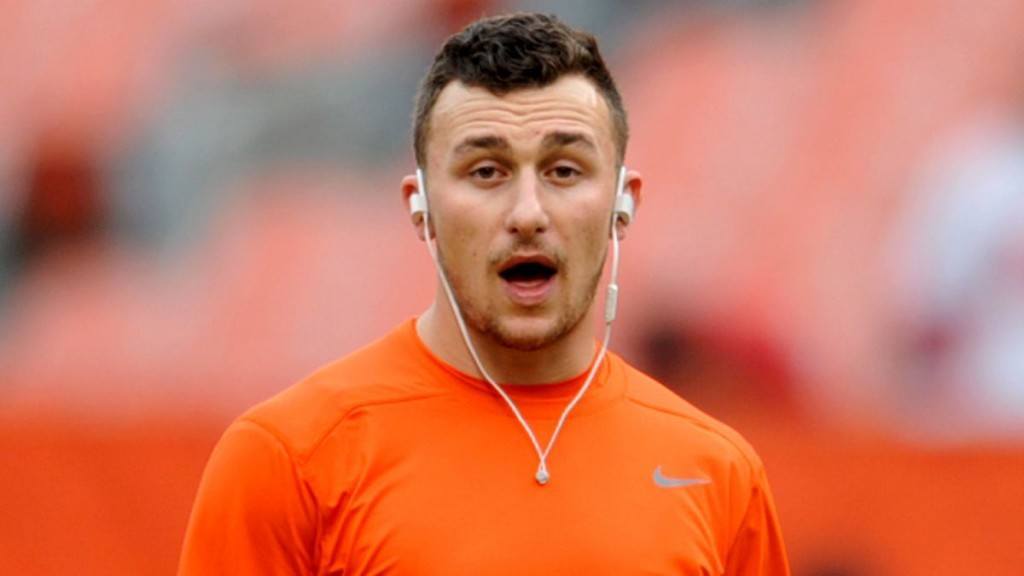 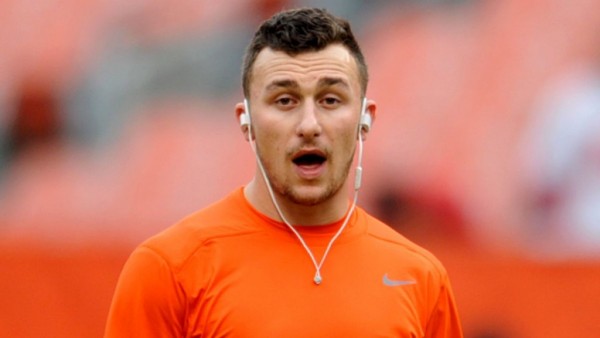 Johnny Manziel walks again as the Dallas Police Department has announced that the Cleveland Browns quarterback won’t face any charges from the Hotel ZaZa incident with his ex-girlfriend Colleen Crowley this past weekend.

“The Dallas Police Department has conducted the appropriate investigative follow-up to the report forwarded to us by the Ft. Worth Police Department regarding an alleged incident involving Johnny Manziel,” DPD said in a statement. “Investigative efforts to date have not resulted in the filing of a criminal complaint and the incident is determined to be closed. No further statement is expected at this time.”

Last Saturday, police were called out to Crowley’s home due to reports of domestic assault. She would not cooperate with the officers who showed up or show them the injuries that she sustained at the hands of Manziel. She seemed to be more concerned about her former boyfriend’s well-being which led to a search party being sent out (including a helicopter search) to locate him. Crowley was also reported to not let the police photograph her injuries as happened in the last incident where her arms were bruised badly.

This is the second such incident between the two, and they appear to be escalating.  Manziel continued denying the allegations set forth in the police report in which she states that he threatened to kill her along with hitting her multiple times. He has said to media outlets that he is “completely stable” and focusing solely on football. Or whatever is left of his football career. 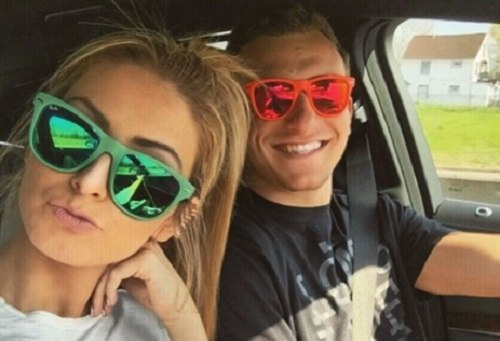 A police report released Thursday reveals that Cleveland Browns quarterback Johnny Manziel allegedly struck his ex-girlfriend, Colleen Crowley, several times at the Hotel ZaZa in downtown Dallas last Saturday. Manziel is still currently on the Cleveland Browns roster, but as we reported earlier, he will not be returning.

According to a Fort Worth Police Department report, Cleveland Browns quarterback Johnny Manziel reportedly struck ex-girlfriend Colleen Crowley several times during an altercation at a hotel on Jan. 30. Also included in the report was that Manziel appeared to be “on some kind of drugs.” The news comes after the Browns announced earlier this week that they will release Manziel at the start of the new NFL year on Mar. 9.

Parts of the report were redacted, it appears Manziel left the hotel after he struck Crowley, and then drove them to her apartment in Fort Worth. She told police officers that they were shouting angrily at each other during the drive and that he struck her more times.

Manziel has not been charged by the police yet, but they are continuing to investigate the matter.

The ex-girlfriend of NFL quarterback Johnny Manziel told police that the Heisman Trophy winner told her “shut up or I’ll kill us both” after forcing her into a car, hitting her, and dragging her by the hair.

“We’ve been clear about expectations for our players on and off the field,” said Sashi Brown, the Browns executive vice president of football operations, in a statement Tuesday.

“Johnny’s continual involvement in incidents that run counter to those expectations undermines the hard work of his teammates and the reputation of our organization,” Browns statement reads. “His status with our team will be addressed when permitted by league rules. We will have no further comment at this time.”

“We’re trying to get our son better,” Manziel’s father, Paul Manziel said in an interview. “We’re not there yet.”

Crowley has told authorities that, according to sources, she is afraid for her safety and has drafted an order of protection to be presented to a Tarrant County district court judge.

Crowley and Manziel dated for two years and lived together for four months before breaking up in December, sources said.

Sources say in her affidavit, Crowley outlines the details of an alleged assault that she said began in Manziel’s hotel room in Dallas in the early morning hours of Saturday, Jan. 30.

Sources say on Friday night, Crowley and three friends started the evening off at Victor Tangos, a swanky restaurant in the Knox-Henderson neighborhood in Dallas.

Crowley and friends bar-hopped for a few hours before she met Manziel in his room at Hotel ZaZa in Uptown Dallas.

Sources say while in his hotel room, the two of them argued over another girl. Crowley told police she tried to leave the room, but that Manziel wouldn’t let her.

Crowley told police Manziel “restrained” in some manner and “led” her down a back stairway to the valet area.

“I was crying and begged the valet, ‘Please don’t let him take me. I’m scared for my life!'” she told police. The valet reportedly told her, “I don’t know what to do” and let Manziel leave with her.

Sources say Manziel then drove her about a half-mile to her car, which was parked near the Concrete Cowboy bar off Cedar Springs Road. She claims she jumped out of the car and tried to hide from Manziel, but he found her in some nearby bushes.

“He grabbed me by my hair and threw me back into the car and got back in himself,” she reportedly told police. “He hit me with his open hand on my left ear for jumping out of the car. I realized immediately that I could not hear out of that ear, and I still cannot today, two days later.”

Crowley then reportedly hit Manziel several times, hoping to get out of the car, but, she told police, Manziel “threw me off of him” and she hit her head on the car window. She told police he would not give her her phone.

Sources say Manziel then got on Interstate 30 and began driving to her apartment in Fort Worth. While en route, she claims, she yelled at him, “I hate you!” He allegedly replied that “he was going to drop me off, take my car and go kill himself,” sources said.

She says she thought he was on drugs or maybe having a psychotic break. She told police she then began telling him she loved him.

She says at that time Manziel “started laughing” and then reportedly yelled at her to “shut up or I’ll kill us both.” She says they finally made it to her Fort Worth apartment where the argument continued.

Crowley claims Manziel became angry and smashed her phone. He then went outside and started “pacing,” she told police. While she was alone, she tried to use her computer to contact her parents through Apple‘s FaceTime video chat system.

She said Manziel came back into the apartment, checked her computer, and realized she had tried to contact her parents.

“I was in my kitchen, so out of fear for my life, I pulled a knife out of my knife block and advanced toward him,” Crowley told police.

“He ran out of the apartment,” she said. When she saw him in the parking lot, she said she banged on a neighbor’s door and screamed for help. Manziel fled on foot, she told police.

New Browns coach Hue Jackson is seeming to be relieved that they’ve let Manziel go as he says in the quick interview he did with TMZ Wednesday night making sure to say “not my problem,” and “I want to focus on the positive not the negative.”

Manziel burst onto the national sports scene in 2012 while a freshman at Texas A&M University. That season, he led the Aggies to 11 wins, including a victory over top-ranked Alabama.

The win over the Crimson Tide and his dazzling play in college football’s toughest conference positioned Manziel to become the first ever freshman to win the Heisman Trophy.

He left Texas A&M after his sophomore season and entered the NFL draft. Manziel’s past legal problems and concerns over his size led NFL executives to question whether he could compete at the professional level.

Manziel wasn’t taken until the 22nd overall pick by the Cleveland Browns. Over his two seasons in the NFL, Manziel has played in 14 games for the Browns.