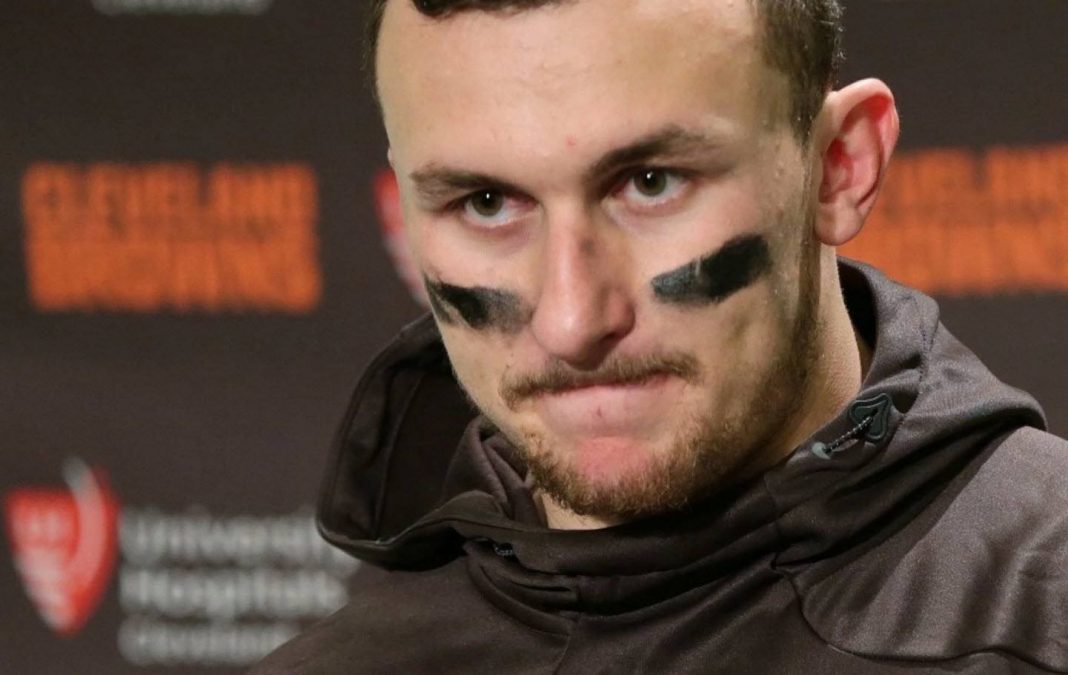 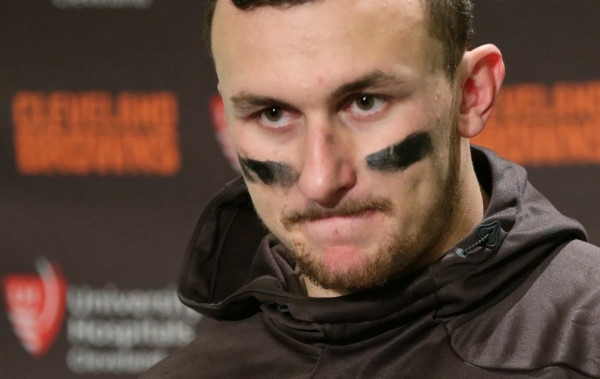 Johnny Manziel does know he can just quit the NFL right?

It’s not necessary for him to try and get run off on a monthly basis.

J-Football’s latest attempt at getting fired as an NFL QB came on Saturday.

The details of the incident are about as murky as the last domestic dispute involving Manziel. What we do know is that the Fort Worth police were called at 2 a.m. on Saturdayto investigate a possible assault involving Manziel and a 23 year old lady.

No crime scene was found and the female involved chose not to cooperate with the authorities. She did inform the officers that she was concerned for the safety of her ex-boyfriend. The police later determined the man was not in any danger.

With the Super Bowl just eight days away, it’s a good thing the Browns were terrible, Manziel unreliable as a QB, and the team nowhere near a championship run. This story would really grab attention in some alternate universe where Cleveland actually went to Super Bowls.

In case you’re not keeping track at home like new Browns head coach Hue Jackson is, Manziel has been on a tear the past few months:

– The kid didn’t bother showing up for medical treatment before the last game of the year and didn’t attend the game either. He did make time for a casino run dressed like a clown the night before though.

– The Instagram star was seen partying like an eeediot with some leeches on social media while drinking.

– An assault was reported between Manziel and his girlfriend at the time while driving.

– And of course Manziel spent several weeks in rehab during the off season to get his life together. Rehab has a poor track record I’m afraid.

Manziel has been lucky so far. He has screwed up but not badly enough to warrant a suspension. The guy is headed in that direction though. Two reported assaults are not an accident. Kid can’t control himself and is going to lose his job at the very least.

Do a stretch in a cage at worst.

If this guy is trying to quicken his trade to Dallas for a used golf cart, he may be overplaying his hand. He’s going to be cut loose in one way or another by Cleveland. And Jerry Jones is just delusional enough to take on another headache in addition to Greg Hardy.

Manziel has done plenty to warrant a ticket out of Ohio even before Saturday’s incident.

If he isn’t careful (he’s not), he will not only get out of his deal with the Browns, he’ll get a ticket out of the League altogether.

An older wiser Johnny Manziel might make a good quarterback someday. Might even be a good mentor to young assholes like himself coming into the League thinking they know it all.

But it’s apparent to anyone with a brain that the older wiser Manziel will not be playing in the NFL by the time that wisdom comes to him. At that point, Manziel will be working a less glamorous gig such as:

– Reality TV star for a one and done season on MTV.

– Employee for his wealthy daddy.

This latest incident will give us plenty to talk about as we wait for Super Bowl Sunday. That may be Manziel’s best quality as an NFL player, the ability to create news at any point during the year.

This reported assault may turn into a bigger deal or just fade away in the next few days. Either way, you can be sure of one thing. The next embarrassing incident is right around the corner.