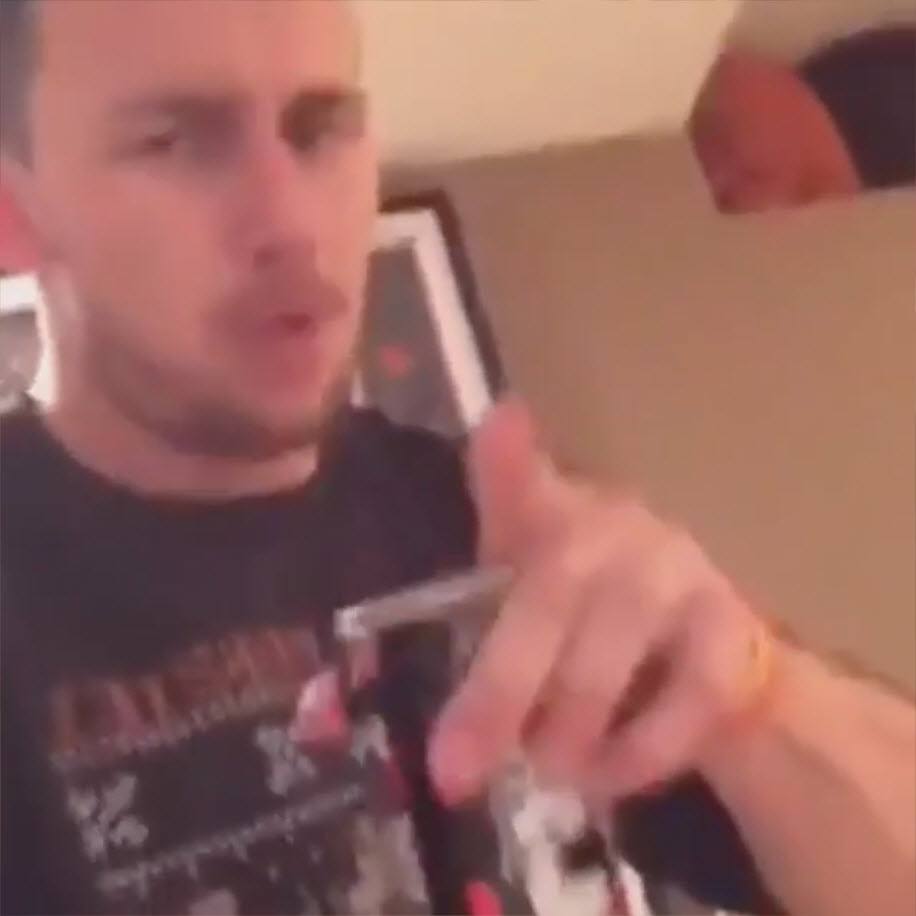 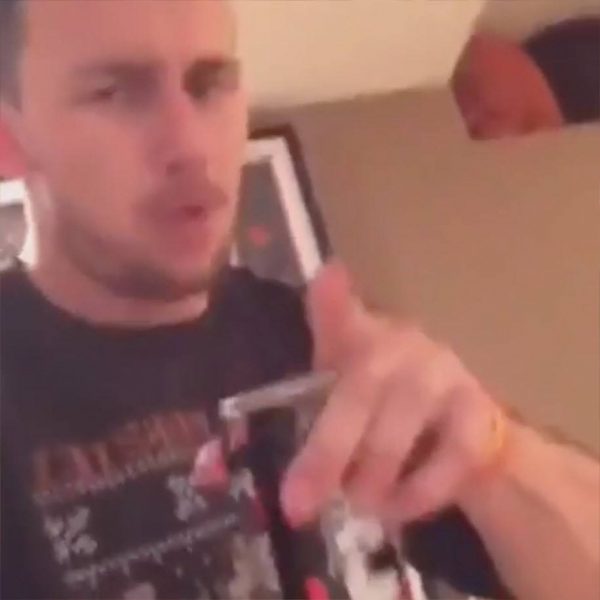 Johnny Manziel must have that Kardashian family gene in his DNA that makes it impossible for the Cleveland Browns quarterback to stay away from social media with something in his hand leaving many alleging that it’s a Four Loko. Not long after being benched for some inappropriate off-field behavior, Johnny Football is back for more. The Browns keep giving him pass after pass, and I’m sure they’ll do it again with this one. At least, the guy has some holiday spirit with his “Merry Manziel” Christmas sweater and a wide smile.

Hel may not have had much of a reason to celebrate following the Cleveland Browns’ 17-13 loss to a now-playoff bound Kansas City Chiefs team at Arrowhead Stadium Sunday, but the second-year quarterback apparently had an enjoyable Christmas.

In a video that’s just beginning to pop up on the internet, Manziel is shown in a brief cell phone video singing a hip-hop song with a can in his left hand. Later in the video, a fellow partygoer shows off drinking from both a can and a bottle.

Should this video result in another benching, it will mark the second time in the last six weeks that the Browns’ coaching staff has had to pull him out of the starting lineup because of off-the-field behavioral issues.

In the loss to the Chiefs (10-5), Manziel completed just 13 of his 32 throws (40.6 percent) for 136 yards with no touchdowns and one interception. When he was not able to throw the ball down the field, Manziel rushed 11 times for 108 yards, a Browns quarterback record.

After placing starting quarterback Josh McCown on injured reserve with a broken collarbone following a Monday Night Football loss to the Baltimore Ravens and a 37-3 setback against the Cincinnati Bengals, both of which came at home, the Browns reinserted Manziel into the starting lineup, just eight days after demoting him to third string because of an off-the-field incident.

Following a promise to the coaches that he would not to embarrass or be a distraction to the organization that spent a first-round pick on him in the 2014 NFL Draft, Manziel’s weekend partying was documented in a profanity-laced video that surfaced on social media. Browns coach Mike Pettine benched Manziel for the game against the Ravens, just seven days after naming the second-year signal-caller the starter for the remainder of the season.

But the trail of trouble for Manziel started long before the bye-week trip to Texas.

Nearly three months ago, the Browns were basking in the glory of a victory over the Ravens, their first in Baltimore since the 10-6 season of 2007, but while his teammates were enjoying a day off, Manziel was being pulled over by police in Avon.

Eye-witness calls to the police from fellow travelers along Interstate 90 detailed Manziel, who admitted to having a couple drinks downtown before heading home, as driving erratically on the highway and in a physical argument with his girlfriend, Colleen Crowley, who was heard on the police video saying “he hurt me several times,” and also, “I’m in fear for my life.”

Manziel not only admitted to police that he had a couple drinks prior to a roadside stop in an alleged domestic dispute, but then, in the days following a 31-10 loss at the Bengals on November 5, through posts on social media, he was seen partying with co-eds at his alma mater, Texas A&M, following a ceremony for their newly renovated Kyle Field.

Despite the NFL investigation into a potential case of domestic violence, the Browns kept Manziel, who spent 10 weeks in a rehabilitation facility during the offseason, active for all of the games, and even let him be the starter on week-to-week basis while McCown worked to get back into the lineup from shoulder and rib injuries.

On the season, Manziel has completed 129 of his 223 throws for 1,500 yards and seven touchdowns against five interceptions. He has been sacked 19 times for 141 lost yards, fumbled the football six times, three of which were lost, and rushed for 230 yards.