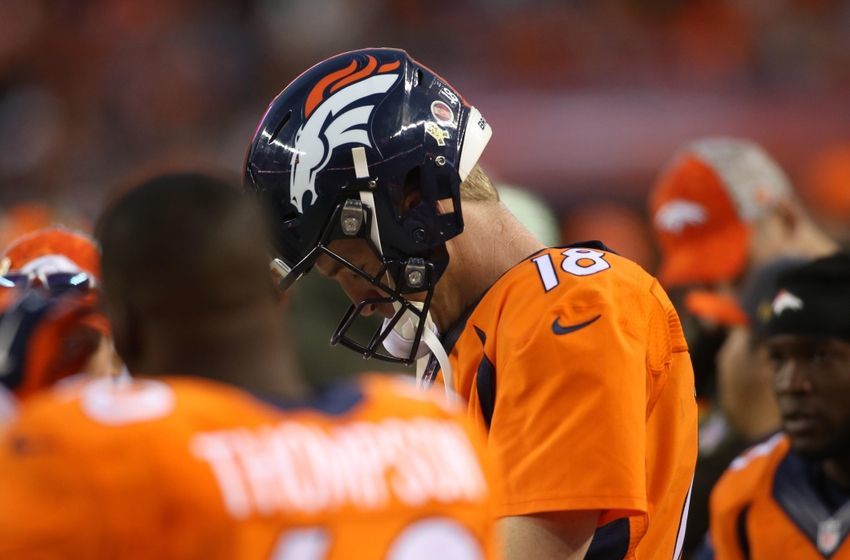 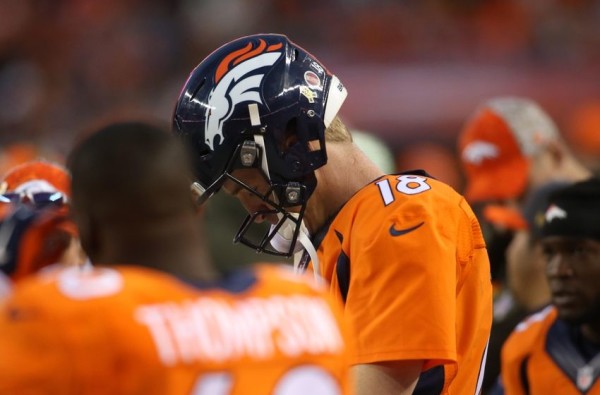 Stop me if you’ve heard this one before folks. Great American sports hero is reported to have used performance enhancing drugs. Said hero vehemently denies the allegations as little kids in the continental U.S. have their innocence shattered at the thought of their champion cheating the system.

Peyton Manning is not the first nor the last sports superstar to be accused of using chemicals to help him get an advantage in his sport. Al Jazeera is getting a ton of press by attaching Manning’s name to their new documentary titled “The Dark Side,” which explores pro athletes who are finding new ways to get their hands on performance enhancing drugs.

Nice way to connect the documentary to the new “Star Wars” film by the way. Perfect use of The Force to get some accidental clicks.

The report claims that Manning used Human Growth Hormones in 2011 while recovering from his neck operations. The story is detailed by a former pharmacist, Charlie Sly, who worked at an Indiana-based anti-aging clinic where Manning went to recover from his surgeries.

Sly claims that he shipped HGH to Manning’s wife to conceal the fact that the NFL QB was using the questionable medication.

There are three key points to this little matter that should make this Al Jazeera report about as relevant as the Texans‘ Super Bowl chances.

1. The NFL did not begin testing for HGH until 2014. Apparently NFL players were on some sort of honor system beforehand. “Don’t ask don’t tell,” sounds more appropriate. Not to mention the fact that NFL players were locked out during the time period that Manning is alleged to have used the HGH to heal his neck that nearly fell off his shoulders in the 2010 season. That means he was not employed by nor under the rules of the League at the time.

2. There is no way to prove that Manning took anything that would put him in a bad light. There is just the word of a rogue pharmacist who is so unethical as to give away private medical info in the first place against the word of the most beloved pizza hocking quarterback of the modern era. No way public opinion is going to turn against Manning because some shady pharmacist decided he needed 15 minutes of fame for himself.

Manning may be adding fuel to a fire that would die on its own though by even commenting.

3. Most importantly, no sane NFL fan gives a damn if Peyton Manning used HGH or a truckload of steroids to heal his neck faster. All they care about is watching Manning play football. They do not want to see his medical chart before giving some mythical fan approval for him to trot out onto the field.

These shady reports are old news, with new names attached. It’s like these characters need to find the most pristine athletes with HGH stains in order to shock the sports watching public.

Bad news. The public didn’t really care back when Mark McGwire and Barry Bonds were allegedly eating cattle roids while their heads grew into small planets. At this point in 2015, we all have grown completely numb to athletes using performance enhancers.

I’m pretty sure the shock value went away from PED talk as soon as the hero to cancer survivors everywhere was shamed into admitting he took PEDs. After Lance Armstrong‘s name was dragged through the mud, there was no name left that could get sports fans riled up about the shameful notion of chemical enhancers being used in any sport.

But HGH use by an NFL player? It’s a non-story.

Pro athletes use performance enhancers to play better, extend their careers, and to heal faster. Anyone that doesn’t think the use of these chemicals is widespread is just plain naive.

If Peyton Manning used HGH so he could get back to playing the game, he loves a little quicker, fine. It’s his body and by the way, wouldn’t you want to heal faster if you had an operation….even if you only played golf on the weekends?

Tony Dungy stated on NBC’s Football Night in America that he doesn’t think Manning would have used HGH because he wouldn’t want to set a bad example for kids. That’s great, and I’m sure Dungy knows Manning better than most. But pro football is played by grown men. It’s not a fantasy land where kids’ heroes do the “right” thing all the time.

Hopefully, this story blows over soon. I can see it going the way of DeflateGate and only being a concern to those naive enough to think the sports world is some fantasy land of fair play and spotless heroes.