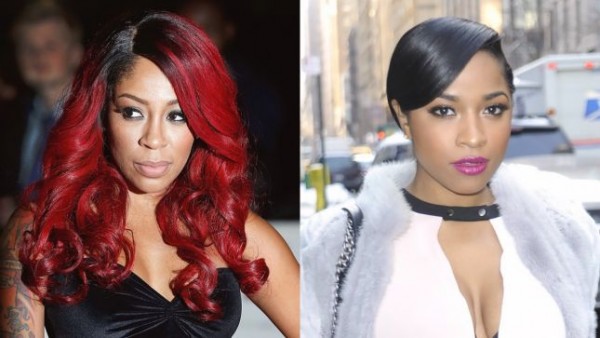 Remember when Toya Wright blamed her failed marriage to Memphitz on his ex K. Michelle? Well, the women are at it again and this time, it looks like their beef is over Toya’s new book.

The ladies recently threw shots at each other, and we have a front row seat to the madness thanks to social media. TheShadeRoom posted a picture of Toya’s new book cover, which prompted K. to leave a slew of laughing emojis on the post. From there the bad blood between these two spilled over, once again, onto the Gram.

If you have no idea why these two don’t like each other, it has everything to do with Memphitz, K’s abusive ex-boyfriend (according to her) and Toya’s now ex-husband. She saw the comment and fired back.

Now, we are all aware of how K. Michelle gets down so she, of course, clarified that she’s watching Toya “look stupid.” Not wanting to have a messy back and forth on TheShadeRoom’s IG (I assume), Toya took it to her personal account with a meme that pretty much let K. know “I got time” to throw shade “so let’s go.” Then, K. Michelle went in on Lil Wayne’s baby momma,

“You lose a man by sleeping in them bedazzled ass bonnets while handing out hall passes. I’m gone laugh at yo ass FOREVAA (Cardi b voice) after the hell you put me through calling me a liar. How you gone tell another woman what she went through? I’m gone always be petty when it comes to you. You tried to make my life hell, don’t try me bitch ever again in yo life. You a joke and I have the best sense of humor.”

For the life of me, I don’t understand why women put up with the things that they do from the men in their lives. 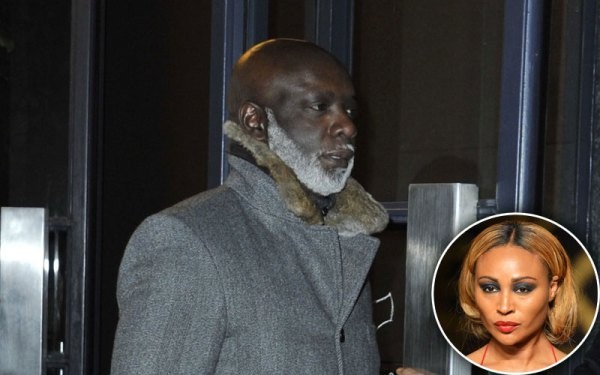 Speaking of putting up with things, Real Housewives of Atlanta star Cynthia Bailey can add another point of frustration in her rocky marriage to Peter Thomas- assault charges. Her husband has been charged with simple assault in the altercation that took place in his Bar One sports lounge in Charlotte, North Carolina. Apparently, although cops didn’t initially find anything at the scene to lead to any charges, the victim, Brandon Link, went to the magistrate’s office with more details about the “fight.” According to sources,

“Authorities found a compelling enough reason to call Mr. Thomas in for questioning… They want to hear his side of the story and get more answers.”

This is a lot to handle, especially when Cynthia is already dealing with the crumbling of her marriage (or so it seems) in the public eye. I know she is trying to make it work with Peter (as she should) but could this be the last straw for her? She’s a strong woman, so I know she’ll do what’s best for her family.

Because you know, when it comes to strong women, they can take on the weight of the world and still get shit done. They can tackle business, family and fame. They can “turn” a gay man straight?

That’s what Love and Hip Hop Hollywood star Moniece Slaughter seems to have done. According to her posts on social media, she and Milan Christopher, the first openly gay cast member in the Love and Hip Hop franchise, are somewhat of an item.

From declaring him her “Man Crush Monday” to posting shirtless pictures of Milan, these two have us all kinds of confused.

Milan is also adding fuel to the rumors. Remember the “MnM” tattoo he got during the show last season, which initially stood for Milan and Miles, his on-screen love interest? Well, he posted a picture of the tat with the caption, “I guess this M&M actually may stand for something else after all” and tagged @moniece_slaguther. Could it officially mean that the two are the new LHH power couple?

Of course with the way he defended his sexuality on the show and his now “suspicious” heterosexual behavior, fans want to know what’s going on. To answer the scathing questions many have, he posted the following to his Instagram account.

“Let me grow… I’m saying, know that I will always be a part of the #LGBT community. I just might go from the G to the B in LGBT… Maybe even get #delivert lol… I can’t say I don’t like women if I never tried it… I might find true love. And I might not. You never know. That’s all I really wanted and looking for anyway fam! I want a family, I want kids, I want to be married to someone who loves me unconditionally no matter my flaws.”

What an interesting turn of events to say the least.