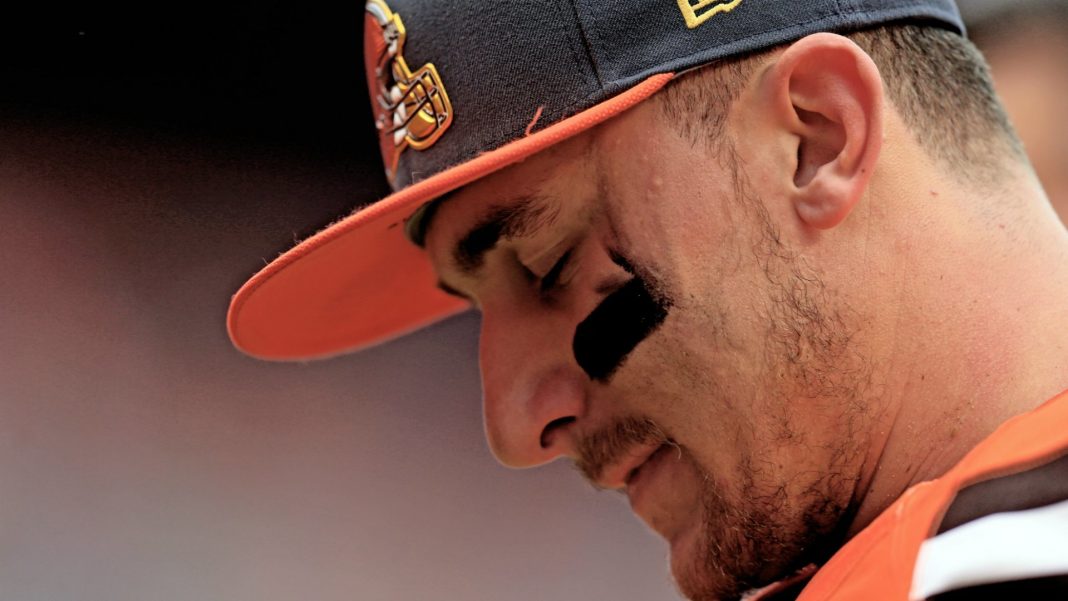 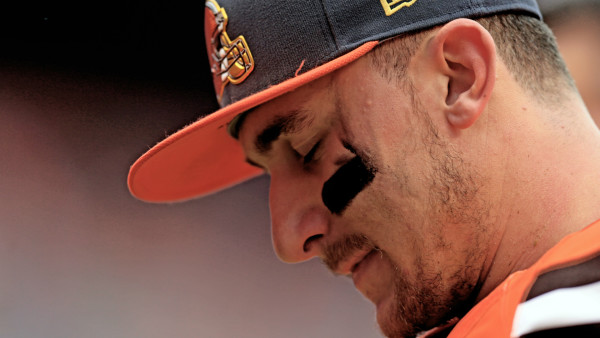 It was admirable for former Browns great Bernie Kosar to reach out to Johnny Manziel to offer advice on being a team leader. Kosar was beloved as a player in Cleveland and if not for some terrible luck with a fumble and the fact that John Elway exists, Kosar may have won a Super Bowl for the city.

However, Johnny Manziel apparently isn’t in the market for a mentor or big brother figure. That according to Kosar, who told USA Today he has tried to reach Manziel multiple times in order to show Johnny Football how to actually remain a part of football.

“I’m embarrassed to even tell you how many times I tried,” Kosar told USA Today. “I have tried to call him directly 18 different ways. If he chooses not to talk to me, that’s his choice. I’m not mad at him. But there’s a point where there’s an element of respect that’s involved.”

Kosar would actually be a good person to show Manziel the path of destruction that the young quarterback is on. The retired NFLer had plenty of personal issues after his career ended, including a bankruptcy and some bad moments in the broadcast booth where he was allegedly drop-the-mic drunk.

There’s one key element missing from the possible Kosar to Manziel mentoring program. Johnny Manziel isn’t self-aware enough to know he needs some advice from someone who has seen the effects of bad decision making. The kid does not know he is destroying his football career one dumb move at a time.

How could he know? Until recently he has been rewarded for his actions. In high school, I’m certain he did as he pleased in the classroom since he was able to score touchdowns at will.

College continued the trend as Manziel was named the best football player in America as he became the first freshman ever to win the Heisman Trophy. All this success while he was developing a drinking problem that eventually led to a trip to rehab.

His NFL experience wasn’t as great as his college days as he dropped to the 22nd pick and has only started eight games in two years, losing all but two. Still he gets a ton of attention, here, and all across football media coverage.

And even if Cleveland has had enough of his act, there are more teams out there willing to give him a shot.

It’s no wonder Johnny Football isn’t interested in a mentor like Bernie Kosar. The kid has been rewarded most of his life despite acting like a knucklehead much of the time. Manziel hasn’t felt the sting of real loss like Kosar. It’s doubtful Manziel will ever end up broke like Kosar, since the kid’s family has plenty of money. But it looks increasingly likely Manziel will taste the bitterness of failure in the NFL.

The fact is that Johnny Manziel isn’t looking for advice from any over the hill guys like Kosar. The guy simply can’t relate. Kosar was starting his eighth NFL season right before Manziel arrived on this planet.

If Manziel were ever to be open to a mentor, he would need a guy that is still relevant. I am no fan of LeBron James, but he is a pretty good role model for pro athletes. James has had as much pressure on him as any athlete in history and has presented himself well off the court while actually winning some titles on the hardwood.

Manziel was recently dropped by James’ marketing firm so that should have been somewhat of a wakeup call to J-Football. While James doesn’t want to be affiliated with the Browns QB in a business sense, the Cavs hometown hero did make it clear he is most interested in Manziel getting his personal life in order.

“What’s most important is him getting things in order for him (Manziel) individually, and then the sport side of things will take care of itself,” James told ESPN.

I have no idea if Manziel has what it takes to succeed in the NFL if he really focuses on football only. I do know he has no shot of lasting in the League if he is only concerned about the party life and a bottle of brew in his hand on every outing.

Bernie Kosar’s offer to mentor Manziel should not be blown off, after all, Kosar did lead the Browns to three AFC Title games. At this point it appears that will be three more conference championship games than Manziel will witness.

That said, it will take someone like LeBron James to get through to Manziel. James is where Manziel would like to be someday. The problem with Manziel is that he has forgotten it was the game of football that gave rise to his fame. LeBron was a star before he ever won an NBA Title. That didn’t keep him from his dedication to the game though, and that led to championships ultimately.

Manziel thinks he can stay a star without making an impact on the football field. He appears to think of football as an afterthought. Better players than him have been chewed up and spat out by the NFL though, so the kid would be wise to listen to those willing to advise him…..before he becomes an afterthought to the game of football.