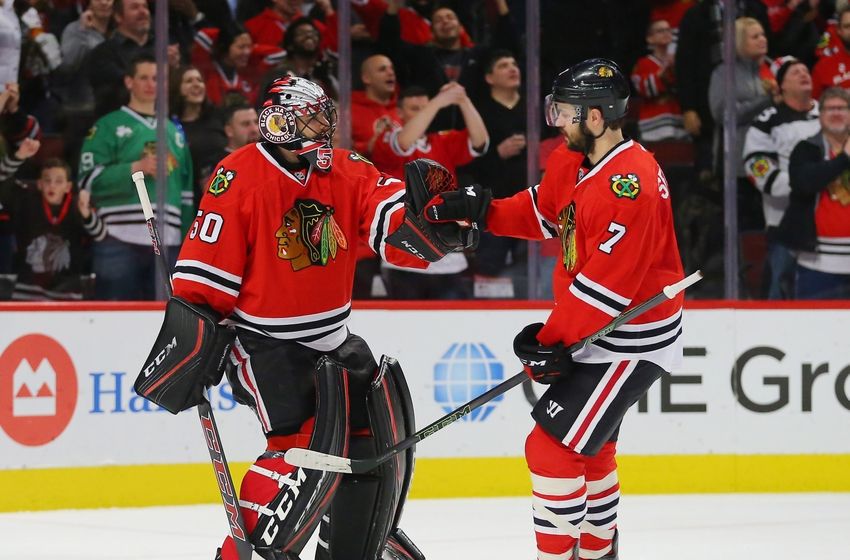 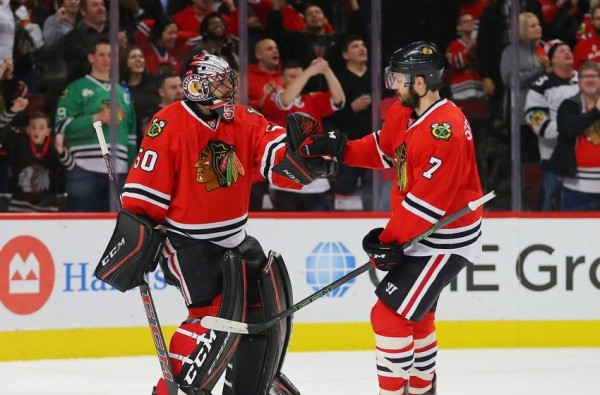 Saturday night featured more than just a handle of games in the NHL as teams are making their pushes to get into position ahead of the All Star break. That break will start near the very end of this month with the Florida Panthers, the Washington Capitals, the Los Angeles Kings, and the Chicago Blackhawks all potential division leaders.

Florida saw their massive 12-game winning streak halted this last week in a game from Vancouver. The current leaders in the Atlantic hold a four-point lead over the Detroit Red Wings in the standings with the Boston Bruins not far behind. Roberto Luongo and Jaromir Jagr have been the respective defensive and offensive standouts for the Panthers, a team that has to be called the surprise of the NHL so far this season. After all, the pre-season Atlantic Division talk was all about Tampa Bay and the Montreal Canadiens – Florida was well off the radar, even just three weeks ago.

On that note, Montreal have faded out to 5th place in the Atlantic and they are in dire need of wins fast. A goaltending improvement could be on near horizon as NHL.com reported on Wednesday the 13th that Carey Price was skating again. However, he has yet to play since suffering a lower-body injury in what now feels like ages ago. The way things look, if he does not return to the ice soon, with an immediate positive impact, then Montreal could be looking at missing the post-season.

The Washington Capitals are the division leader with the most comfortable lead at this point. With 44 games in the books, the Caps hold a massive 16-point lead over both New York teams in the Metropolitan Division. That kind of lead, with less than half of the season to go, will be difficult for any team to overcome. The question with the Caps will be if they can follow up their regular season with a run through at least two rounds of the NHL playoffs. Alex Ovechkin, Washington’s best skater, and Barry Trotz, Washington’s head coach, do not have a history of such post-season success at this point in their respective careers.

In the Western Conference, the Los Angeles Kings have what could be called a comfortable lead in the Pacific Division. The Kings lost on Saturday at home to the Ottawa Senators, however they are still looking down at the Arizona Coyotes in the standings. The Coyotes themselves have played well lately, but they remain eight points back of the Kings in the Pacific. San Jose, winners of five straight, sit in third place as the Anaheim Ducks and the Canadian clubs occupy the bottom rungs of the division.

In the Central, the race for top spot has really picked up. The Dallas Stars hit a funk following the Christmas break while the Chicago Blackhawks have been the best team in the league for a couple of weeks now. Winners of ten straight, Chicago have beaten up on a lot of poor to mediocre teams. However, their impressive play of late has catapulted them into first place in the Central, a position that Dallas otherwise held all season.

Chicago are the defending Stanley Cup champions and they were considered favorites heading into the current season. A slow start saw them fade, but with Patrick Kane having a Hart Memorial calibre season thus far, the Blackhawks promise to re-emerge as Stanley Cup favorites in the near future. At present, that’s a title that belongs to the Washington Capitals with virtually all reputable sportsbooks.