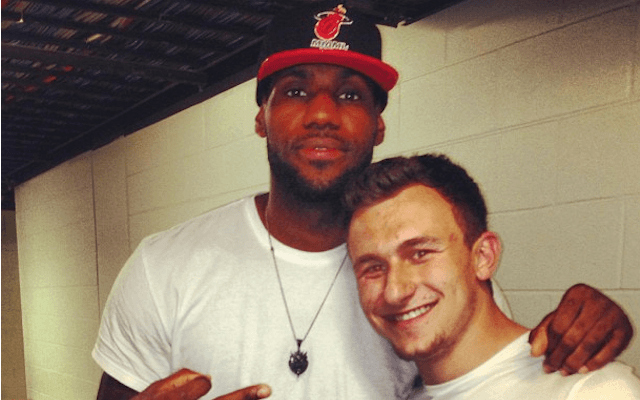 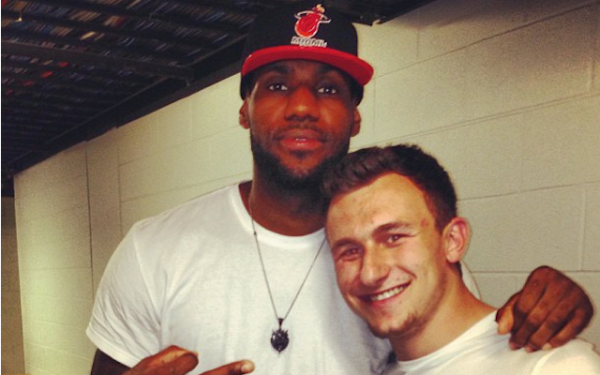 The signs have been all over the place, but only Johnny Manziel and his dwindling fan base still cannot see them. Johnny Football had diehard Cleveland Browns fans pulling for him after his stint in rehab, but it just looks like the more help the guy gets, the more he feels he can keep getting away with anything. Sadly, the NFL can be a huge culture of enabling if you’re still performing or selling tickets, but once the tarnish gets too thick, you’re tossed out into the ‘whatever happened to him’ bin.

Even LeBron James is stepping away before the mess gets worse, but at least, he was kind in the words he chose after deciding to drop Manziel as a business client. When a name like that starts the dropping, don’t be surprised to see more bigger sponsors start to pull back.

Maybe the Dallas Cowboys will take a chance on Manziel and be much tougher on him than the Browns in getting him to pull his crap together or he’ll just be another ESPN documentary special in ten years.

LeBron James hopes Johnny Football can get back to the player he was in college.

The Cavaliers superstar dropped Browns quarterback Johnny Manziel as a business client earlier this month after his numerous off-the-field issues. But he’s still rooting for the 2012 Heisman Trophy winner to turn things around.

James says Friday: “The only concern for everyone is to see him back on the football field, but doing it at a professional level and being able to get back to the caliber of player that he was back when he was an Aggie.”

Manziel’s endorsement deals had been handled by James’ LRMR management company since he was drafted in the NFL.

James was asked if he’d consider taking Manziel on as a client in the future. He instead focused on Manziel’s well-being, saying: “What’s most important is him getting things in order for him individually and then the sport side of thing will take care of itself.”