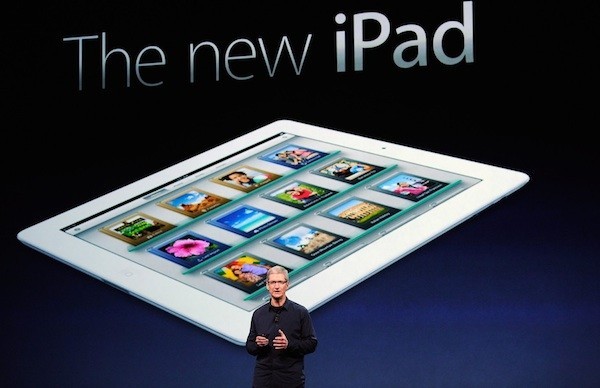 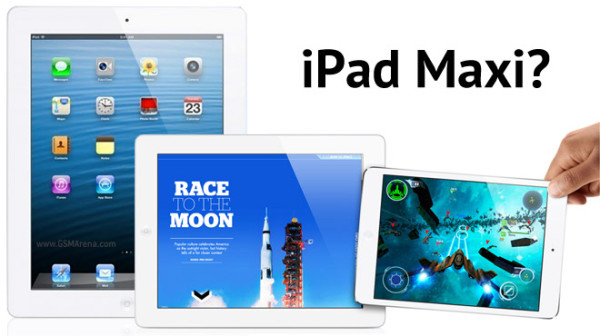 The iPad, which revolutionized consumer computing by popularizing the tablet form, is currently at a crossroads due to slow sales which in turn is due to a saturated tablet market. Despite Apple’s last quarter surge in sales, the iPad was clearly the underperformer.

The iPad might be considered a victim of its own success as many people still use a first or second-generation device to browse and play games. The iPad is also in competition with almost every electronic manufacturer with the right to the Android operating system. Another problem is that people, especially professionals want to have their cake and eat it too. They want their tablets to be more useful, not just for browse and play, but to do real work. As well-regarded as the iPad may be for consumer purposes, many critics still consider iOS and Android tablets as merely toys– severely limited in terms of productivity.

The new hybrid market is also slowly eating into Apple’s market share. Despite being ridiculed on desktops, Microsoft’s Windows 8 is gradually being appreciated in touch screen enabled hybrid devices because they offer the enterprise the best of both worlds. Seeing this new trend in computing, Apple is now gearing the iPad towards the Enterprise and has a new iPad version for business in the works. Will it put iPad sales back on track? 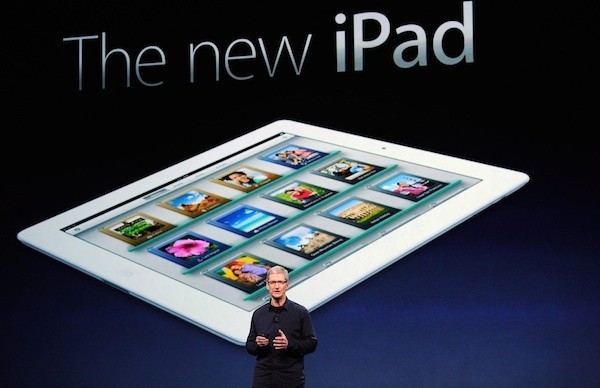 As mentioned, many professionals look down on tablets as consumer devices great to pass the time but unsuitable for work. Aside from small screens, people who tried to use Android and iOS-based tablets for productivity have been hampered by mediocre office apps that still couldn’t match the desktop experience. It’s simply difficult to write nor draw on a purely touch-based interface. The best work applications for tablets so far has been for email and presentations, but even presentations are limited on an iPad’s ten-inch screen unless streamed through a projector during board meetings.

Either Microsoft just couldn’t leave its Windows ecosystem or has seen the wisdom of using tablets for work through Windows, Microsoft released the touch-centric Windows 8 and later Windows 8.1. Along with Windows 8 came the Microsoft Surface. We all know Microsoft Surface is a Windows-based tablet with all the capabilities of a desktop or laptop computer. It’s a near-perfect blend of tablet and desktop computing, and many people who have ever used the Surface, especially its newest iteration the Surface Pro 3, have expressed satisfaction. The Surface itself stemmed from years of product research in Microsoft which started from Windows XP for pen computing (Microsoft and some other vendors already had tablets since the early 2000s but just weren’t ready for primetime); which led to the original version of the Surface, a near table-sized touch-screen computer for business and collaboration. The surface was later rebranded as a tablet. And as of the Windows 10 conference last January, the product goes full circle with a large screen version directed at the enterprise to be used for board meetings and collaboration.

Apple is headed towards such a direction but not as large. Apple wants to change the iPad’s image from a consumer device to a serious production tool. It’s been long rumored that Apple is working on what critics humorously call a ‘maxipad’, a larger screen iPad, despite Steve Jobs saying that 10 inches was the perfect size for a tablet. Well, they did relent to creating a smaller version which is the iPad Mini, which actually became a hit. Smaller than a 10-inch tablet but larger than an awkward 7-incher. Steve can sometimes be wrong and now with Steve gone, they’re certainly free to build something larger. The grapevine suggested that it is a 12.9 inch device.

The maxipad’s larger screen would give professionals 60% more screen real-estate to work with to create important documents, display larger presentations, see more on a spreadsheet and probably retouch or create graphics a lot easier than they could with an iPad Air. But why a tablet? It is somewhat a strange move for Apple to have business professionals carry a 12.9 inch sized touch screen around instead of a full laptop. Surely people would rather have a Macbook instead of carrying an oversized iPad and a separate Bluetooth or wired keyboard. The Surface Pro, along with other Windows 8-spawned hybrids such as the Lenovo Yoga, ASUS Transformer and Acer Aspire Switch fit the bill just fine. These machines that can handle touch-based and legacy apps, most notably Microsoft Office, commonly used for work are slowly but surely eating into the iPad’s market share. In fairness though, without physical keyboards, the Surface and its hybrid brethren can be just as ungainly as an iPad. 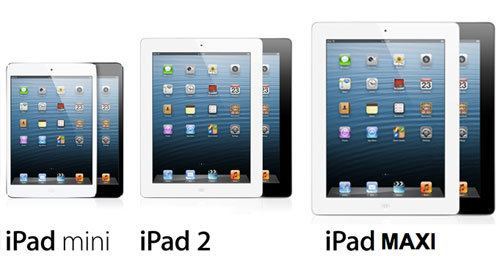 Perhaps the large screen iPad is simply following the competition’s example. A 12.9 inch iPad would surely trump Windows 8 hybrids because they have smaller screens. Apple’s minimalist philosophy eschews including a physical keyboard and mouse because there’s always one lying around in the office. The new iPad, since it’s larger will have more ports (for keyboard, mouse and storage) than its smaller counterparts. Apple thinks this will work on the enterprise. A design philosophy the general public needs to hear from Apple (to be believed) when the maxipad gets released.

Apart from having a larger screen, the maxipad and its smaller brethren will be given business apps courtesy of Apple’s recent partnership with IBM (Tim should expect a visit from Steve this Christmas). This means that Apple is indeed dead serious about entering the enterprise. Aside from IBM’s apps, Microsoft’s move to cross-platform support gave iOS real Office apps so a larger screen iPad would be a good idea. Since the 12.9 inch iPad is still a rumour, it’s safe to enter the realm of speculation. Apple could well be entering the realm of hybrids and the new iPad might just be an improved version of the Surface with its own touch keyboard cover. Apple might be able to skirt some patents with some form of innovation. Would the iPad fan base like the idea? Would the enterprise take the iPad seriously? Will Tim Cook be able to bend reality as much as Steve could and convince people to carry slabs instead of tabs? If all answers come out as Yes, Apple will have scratched the Surface.