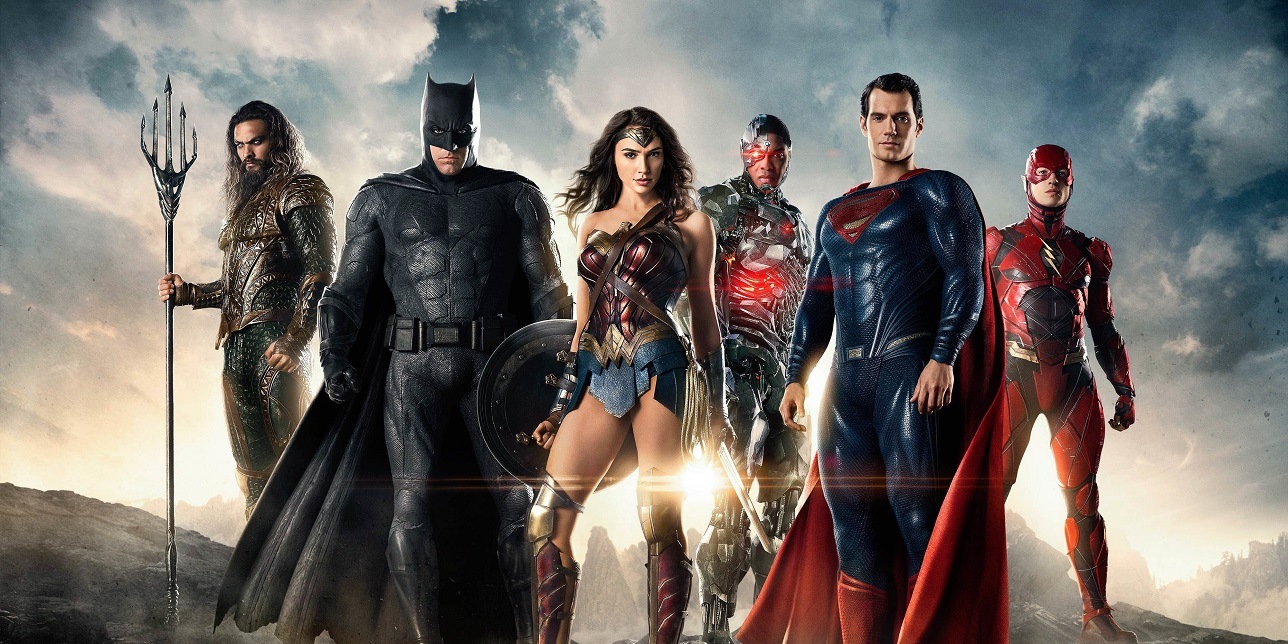 Thoughts on the Justice League

In a nutshell, the film was okay, even on a third viewing. Yes, I try to give my superhero films more than one chance to make sure I’m not being influenced by everyone else’s views. These long holiday weekends give me a great chance to do this like my recent “Ant-Man and The Wasp” third look review.

So there, check it out if you passed because of everyone hating on it. I wouldn’t have wanted to pay for it at the theater, but in the comfort of our media center here, it’s more enjoyable.

I’m sure some of you are dying to know how and why I thought it was okay. I know it only scored about a 40 on Rotten Tomatoes, but I haven’t always agreed with their critics assessments. The film blew me away in some parts but for what’s supposed to be the tent pole for the DC Extended Universe, it’s not exactly Marvel’s first “Avengers” film. I didn’t see the same “Avengers” iconic camera pan for DC’s superhero lineup. Of course, we wouldn’t because that might have been trademarked, but what they had there didn’t have the same impact.

When this film came out originally in 2017, it still had the stigma of “Batman V Superman” and “Suicide Squad” still fresh in people’s minds there wasn’t really much hope in the first place; since Justice League was being filmed concurrently with “Wonder Woman.” The lessons learned from that one bright spot in the DCEU wouldn’t have permeated throughout Justice League unless Warner Brothers decided to scrap and re-shoot the entire thing.

Before we go to my thoughts, here’s a little film history lesson. After the first weekend when “Justice League” opened, and even before, Warner Brothers had imposed a review embargo and a Rotten Tomatoes ratings blackout to give the film a chance before word got out on how critics demolished the film. Critics didn’t like it, but not as much as they did “Batman V Superman.”

Again, for me, the film was okay. It was an entertaining superhero film that did what it set out to do. The lighter tone inserted by both the suits and Joss Whedon helped a bit, but critics say it was just too much. At least “Justice League” had something in common with “Thor: Ragnarok;” too many jokes for a film that’s supposed to convey that there’s a lot at stake.

It did feel campy in some spots but the DCEU could use a little camp. What’s surprising and ominous for this supposedly culminating film is its underperformance compared to Marvel’s component films. Not too many showed up to see it at first which led to some speculation that Warner Brothers would lose 100 million for this film which would amount to a complete disaster. It says a lot when Marvel, in its bouts of mediocrity still wins out against something this big and historic. The depressing thing is, it wasn’t the first time. “Batman and Superman “appearing for the first time together on the big screen failed to resonate with audiences. It’s just weird.

Well “Justice League” grossed about $660 million worldwide with a $300 million budget. Warner Bros has had much more luck with “Aquaman” which topped $500 million. I’m glad as Marvel could use a little competition in the realms of superhero movies. Nothing is worse than a studio that gets lazy without it.

“Justice League’s” original underperformance fell way below Warner Brother’s expectation of over a billion naturally led to much finger pointing. They said it was Whedon’s fault, they even tried to say it was suits’ fault and the suits are saying that it’s Snyder’s fault. By the time “Wonder Woman” came out, the “Justice League” was more or less finished but was long and unsatisfactory.

Since Snyder had to deal with unfortunate events, Joss Whedon was brought in to lighten the film’s tone to match that of “Wonder Woman.” Whedon did his job, then the suits did theirs and the film wound up sliced and diced to make the film shorter. Even as I tried to view the film in a casual way the first time at the theater, and I genuinely wanted to enjoy it; the abrupt scene and tone changes looked obvious. It was good but some details seemed to be missing and now in a strange turn of events, fans are now wanting to see what the film would have been under Snyder’s complete control.

A cut with more depth explaining some things that moviegoers were supposed to take for granted. I myself am interested in seeing this cut on video in the future. “Batman V Superman” benefited from its extended cut. If only Warner Brothers wasn’t afraid of long runtimes like New Line Cinema. Thankfully that will be hitting on June 25, 2019, and I can’t wait to get my hands on a review copy!

Anyway, it’s not that I didn’t enjoy the movie. You can see I’m trying to find the positive.

It was great seeing Superman smiling and even giving a laugh. It was nice seeing him looking positive and even hopeful as he was supposed to be. Ezra Miller as the Flash did a great job of continuously dishing out the comic relief and seeing the character of Cyborg coming to his own. There was some character development that went into Wonder Woman with her coming out of her shell to fight among the other heroes. How about Aquaman? He was okay and could have used more screen time. After seeing Jason Momoa carry the entire “Aquaman,” they could have allowed him more screen time with his huge personality.

And Batman? Unfortunately, in my humble opinion, Ben Affleck felt like he was just going through the motions even for his stoic, supposedly emotionless role.

If there’s one thing I really didn’t like much about the film, is its overuse of CGI. I felt like I was watching “300.” With today’s new generation gaming consoles, it’s easy to get desensitized about the wonders of CGI in film when you see it every day playing video games. Personally, I don’t really see much as I don’t own a PS4 or an Xbox One, but I see a lot of game cinematics on YouTube or in mall demos. One more generation and the graphics would be completely at par with what we see at the movies.

Knowing that a film would be using plenty of CGI takes away from the wonder of seeing augmented realism. In the end, you feel like you’re watching a Pixar film instead of a live-action flick. Even the Kansas corn field Clark stood in was CGI and I found the purple crystal tentacles in Russia and the underground raging water to be hideously rendered. Is anyone missing the days of John Carpenter’s “The Thing?”

Another thing that fans complained about was the underdeveloped and unknown villain Steppenwolf. The first thing that comes to mind when I hear the name is Born to be Wild. It would have been better if DC went for Darkseid himself. At least anyone who has ever watched Hanna-Barbera’s “Superfriends” or the “Justice League Unlimited” animated series would have related with Darkseid or even his lieutenants DeSaad or Kalibak. But Steppenwolf is not much known in the comics or in anything animated as far as I remember.

For those who don’t know, Steppenwolf is Darkseid’s uncle. “Justice League” has parallels with the direct-to-video animated film “Justice League War” and it was not afraid to use Darkseid immediately. I guess DC wanted to emulate Marvel by making Darkseid the ultimate villain later on. Steppenwolf might as well be Marvel’s Chitauri leader, The Other. Plus, Steppenwolf felt flat and completely like a cartoon. So, Marvel isn’t the only company with a villain problem. But I did like the exposition sequence where Earth’s forces, the Amazons, Atlanteans, Gods and even the Green Lantern Corps were fighting him.

Overall, if I have to rate “Justice League,” it would be 3 out of 5 stars. I appreciate the lightheartedness and the novelty of seeing DC’s major heroes together plus, despite its shortcomings. There’s an element I just can’t put my finger on that makes me like this movie. It might just become a cult classic later on. It’s a good popcorn flick but unlike “The Avengers,” it wasn’t taken too seriously by its home studio despite the serious tone of its original director. The film just didn’t have the right amount of heart like “Wonder Woman” or “Aquaman.” Heck, even “Shazam!”