Home All News Movie News ‘Ant-Man and The Wasp’: Awesome Film About Second Chances With A Second... 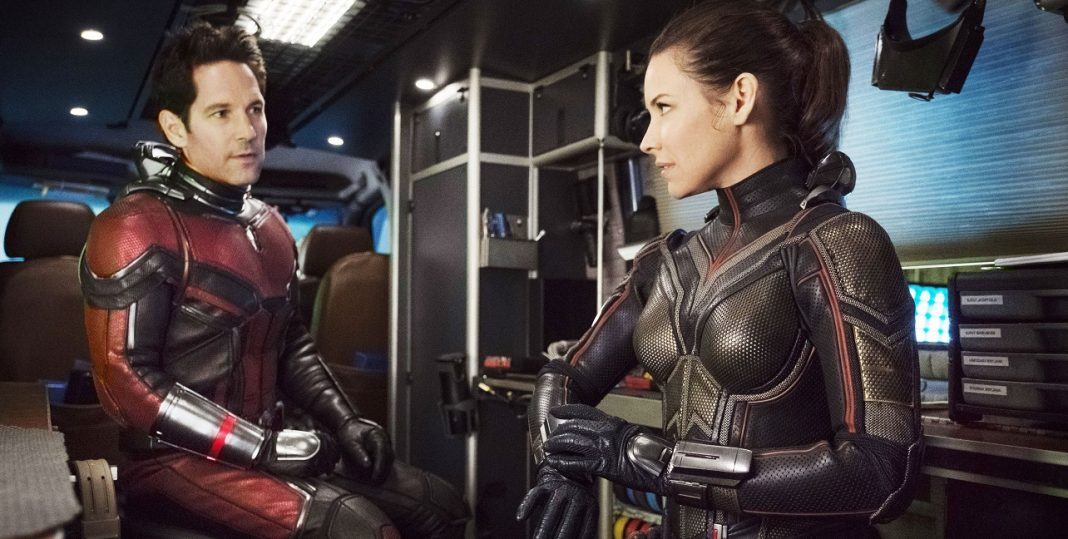 With holiday weekends, it’s always fun for me to go back and check out films that I loved the first time just to see if it’s just as good with a second or third watch. Paul Rudd’s “Ant-Man and The Wasp” is just as good after multiple viewings. Even after watching (and absolutely loving!) “Avengers: Endgame.”

With the title I just gave this non-spoiler review, you’d think the film is very serious. But no, this film is funny as hell. You might even think it’s funnier than “Deadpool” and the cast doesn’t have to break the fourth wall nor do they have to violently kill anyone. While first film is considered a heist movie, this is like a hot potato film where everyone is interested in one special thing. Even though it’s been out for nearly a year, I don’t want to spoil it for those who still haven’t checked it out. This is also a film about second chances, technically for everyone which I just realized. Plus, this is a film about family. Yes, the superhero stuff is there of course. Man is it tough to tell you how awesome and enjoyable this film is compared to the first one without spoiling it. I’m just going to hive hints and not spoil it too much. Customary spoiler alert just the same.

The Marvel villain problem once again rears its ugly head despite the MCU finally having an awesome villain in the form of Thanos in “Avengers: Infinity War.” In this film, “Ant-Man and the Wasp” go against the villain Ghost. In the comics, Ghost is primarily an Iron-Man villain. Ghost was once a brilliant computer hacker/tech genius manipulated by a company to work hard on a breakthrough phasing computer chip, only to be betrayed by the company he worked for. He, because in the comics he’s male. Ghost acquires the power to phase because of an industrial ‘accident’ and now he uses his powers and talents to bring down evil corporations for a fee or for free. He’s technically an anti-hero of sorts nowadays. Ghost is gender-swapped in this film which isn’t new in the MCU and is played by Hannah John-Kamen (“Game of Thrones,” “Ready Player One”). So as not to spoil the film, let’s just say that she’s nothing like Ghost in the comics which sometimes rubs comics fans the wrong way though she does have phasing powers. Ghost is interested in Pym’s tech for her own purposes.

There are actually two villains in this film. The other being Sonny Burch, played by Walton Goggins (“Django Unchained,” “The Accountant”) another Iron Man villain, though minor.  He and his gang is also interested in what Hank Pym’s tech to sell to the black market. Though the villains are weak, this tends to actually be a minor nitpick as they played well into the story.

There’s a lot going on in this movie to keep the audience on its toes. It’s full of action sequences and Evangeline Lily as The Wasp was amazing. I can’t help but reminisce about her role in The Hobbit trilogy. Paul Rudd also handled himself quite well during those action sequences. As mentioned, this is a hot potato film wherein four parties (the Pyms, Ghost, Sonny Burch and the FBI) are interested in either the Pyms or their tech.

The Performances, The Comedy

The actors’ performances were amazing. Michael Douglas was being Michael Douglas. Michelle Pfeiffer was also amazing as Janet Van Dyne. Paul Rudd was great and quite hilarious. He’d be great in case “Deadpool” gets recast, but let’s let Ryan Reynolds keep his due. Cassie Lang played by Abby Ryder Fortson wasn’t annoying at all. She’s very much part of the story without that annoying Disney kid effect. Now the X-Cons, led by Michael Peña were marvelous. It wouldn’t be an “Ant-Man” film without those amazing Luis rants, to which the Marvel cast involved acted and lip-synched so well. Did I mention how funny the film is? You’ll laugh, you’ll chuckle or laugh out loud every few minutes, maybe except for those serious Ghost parts. Lawrence Fishburne did well as Bill Foster aka Marvel’s Goliath. His character has a strained relationship with Hank Pym much like the Braz/Zimsky rivalry in The Core.

This film is also about family, about how important it is for Scott to be with his daughter and the actual affection that Scott’s ex-wife has for him after proving to be a hero. Even Bobby Carnavale’s character Jim Paxton has grown quite close to Scott. The same somehow goes to the other side though I can’t detail that as of yet.

Overall, this film was fun and enjoyable. The effects were amazing, the cast did great, the comedy was top notch. Can’t really tell which whether or not “Ant-Man and The Wasp” is better than the original. How does this film tie to “Infinity War?” It’s there. You just need to be patient. So how do we rank this? I’d say four out of five stars.