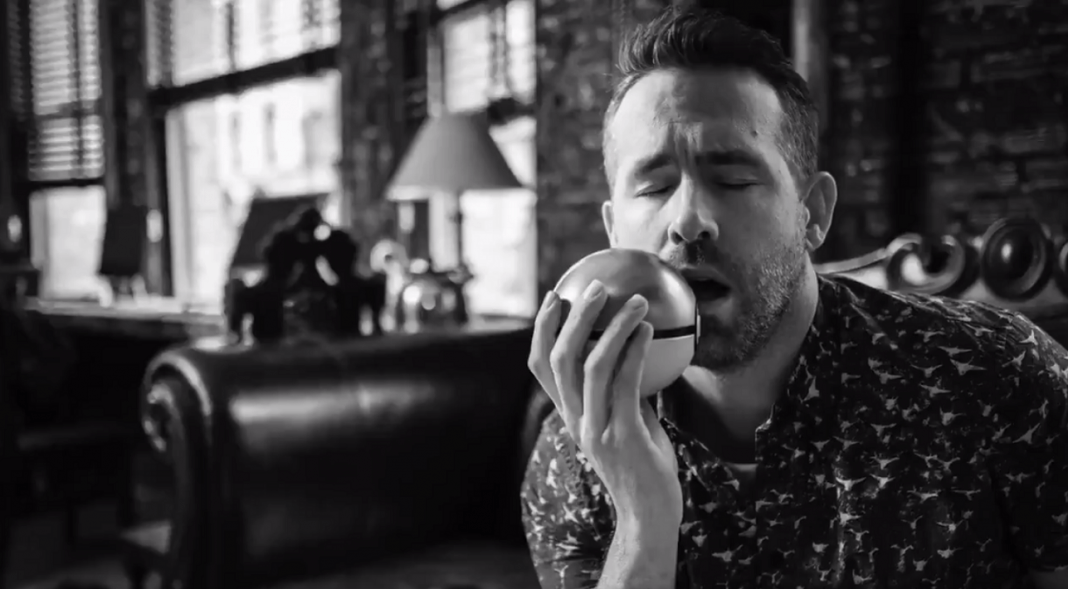 When you think Ryan Reynolds, you immediately envision “Deadpool” in one of his various poses. My personal favorite is in front of the fireplace, so when it was announced that he was going to be in “Pokemon Detective Pikachu,” it made me do a literal double take. At least as close to one when reading my iPhone. He’s not a ‘G’ kinda guy, and he’s that rare actor who’s become a top movie star from ‘R’ rated films. He likes to say how versatile he is, so this truly proves it as he steps into family-friendly fare.

Thankfully, he’s not that jaded actor who needs to worry about how people view him so he takes on projects he wants to. After “Green Lantern” you realize that it’s okay to have a misfire as that wound up with him pushing “Deadpool” to the big screen. Now Reynolds realizes life’s too short to worry about those things and just do what you want. A lot of actors could learn that lesson of just loosening up and enjoy the ride.

Believe it or not, Reynolds once imagined himself, best-case scenario, as Wilson on “Home Improvement” or Mr. Furley on “Three’s Company.”

“When I started in this business, my highest goal was to be the wacky neighbor on a sitcom,” Reynolds says. “It took a much different path.”

Against his own expectations, Reynolds has emerged as one of Hollywood’s top movie stars, thanks in large part to the runaway success of his two “Deadpool” movies, R-rated wise-cracking films that seemed to unlock Reynolds’ own powers of motor-mouthed sarcasm.

In “Pokemon Detective Pikachu,” which hits theaters Friday, Reynolds uses his sharp-tongued talents for good — or at least, for a more cuddly, family-friendly movie. Reynolds voices the title character, a Pokemon who helps a 21-year-old man (Justice Smith) search for his missing father, Pikachu’s former partner.

Reynolds sat down to discuss his Pokemon transformation, and of course, answer a few questions about “Deadpool.”

Your voice has been in quite a number of films, including “The Croods” and “Turbo,” but on “Detective Pikachu,” you also crafted the character through facial motion capture.

Reynolds: I did about an hour of motion capture and performance capture on “Deadpool 2” as Juggernaut. But this is the first time I’ve really been in that world in this immersive way where I’m shaping a character’s arc from beginning to end with motion capture. You’re wearing a tracking suit, head to toe. There are multiple cameras fixed to your head, which is completely insane. I’m sure that in our Instagram world there are people wondering where they can buy that for their personal use. Motion capture is a unique experience in which you are alone and you throw a billion things up against the wall. It’s up to somebody else to sift through it and figure out what they think is going to be applicable and what they feel they want to use. I’d come out with 85 options for any one joke. It was crazy.

Did you have a lot of free rein considering this was a Pokemon character rather than, say, an ape.

Reynolds: It’s a mythical pocket monster. There’s no tether to reality whatsoever with this character. It’s pretty free rein, which is its own weird burden. Once possibilities become limitless, you can get a little locked up. It took me a couple sessions to realize everything’s possible and just to embrace that. It’s really just a matter of accessing that 6-year-old part of your brain that’s fueled exclusively on imagination, and just let that run wild. I wish I could do every movie like this.

I’m assuming there’s a not so PG-friendly B-roll of you in that environment?

Reynolds: Dear god, yes. There’s probably an entirely different film that they could cut together that wouldn’t make the PG cut at all. When you’re feeling that kind of freedom, you don’t really govern yourself by ratings systems or that sort of thing. Everything ran the gamut from Rated R to PG.

Your career seemed to really come alive when you carved out a path of less traditional leading men.

Reynolds: Some of the stuff that I’ve done in the past that you would categorize as maybe didn’t work were moments where I was stepping into the role of the archetypal leading-man role. It’s just not something I’ve ever been really that great at, to be totally blunt. I have immense respect for those who are great at it. But I also think our idea of a traditional, leading man, archetypal male is changing wildly day to day, over the last five years in particular. And I think that’s great. I think that’s evolution, to put it in Pikachu terms.

Once Disney picked up 20th Century Fox, the culture clash was often represented by drawings of Mickey Mouse and Deadpool together. Do you have any concerns that future “Deadpool” films will be toned down under Disney?

Reynolds: I don’t, no. I don’t have any reason to be concerned based on everything I’ve heard Disney say publicly and privately. So at this point, I have nothing to be particularly worried about.

Your name immediately conjures up “Deadpool.” Was making “Detective Pikachu” a switch to a more family-friendly project? People are already oozing over the cuteness.

Reynolds: I’ve never really looked at things from the 30,000-foot view of: How will this shape public perception of me? That stuff honestly makes me nauseous to even think about. Really it just came organically. They had animated a test example of Pikachu and they had obviously tried out a whole bunch of actors’ voices to it. And they tried out mine and for whatever reason, it worked, according to them. I think that juxtaposition between his visuals and me being kind of acerbic and grumpy as his voice is a match made in heaven.

You got to do the fun tongue-in-cheek marketing style of “Deadpool” with “Detective Pikachu.” You made a video extolling your immersive, Method-acting to get into character as Pikachu. You seem to enjoy the marketing of films whereas most actors talk about how much they hate it.

Reynolds: I love marketing. I have a company, Maximum Effort Productions, and that’s what we do. We’re a film production company but we’re also a marketing company. We do the marketing for Aviation Gin, a lot of stuff for “Deadpool,” a lot of stuff for “Pikachu” and a few other companies. It’s a blast. I think marketing is most interesting when you’re acknowledging and playing with the cultural landscape.

And we know part of that has been an ongoing mock social-media feud with Hugh Jackman. What message might you have for him?

Reynolds: (Laughs) I’ll save my catalog of insults for Hugh Jackman for our next interview.