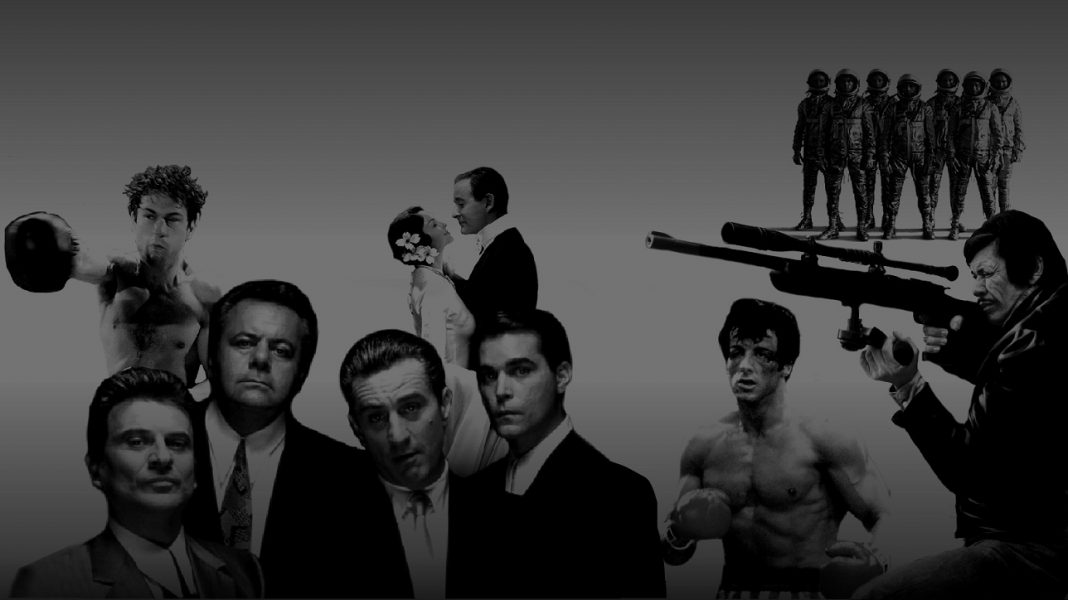 Anyone who calls themselves a film geek will surely recognize the name of legendary producer Irwin Winkler. Or at least, they will have seen one or more of the many blockbuster movies he has brought to the big screen. He’s a rarity in the industry as he’s lasted over fifty-years outlasting many of his friends and enemies. Just a few of his films include “Rocky,” “Goodfellas,” “Raging Bull,” “The Right Stuff,” ″The Wolf of Wall Street,” and “Creed.”

His films have been nominated for fifty-two Academy Awards (five for Best Picture), and they have won 12. That’s not bad odds when it comes to the Oscars. Usually people in the industry write the big autobiography when they’re career is waning, but Winkler recently had another hit with “Creed II,” and the Martin Scorsese’s “The Irishman” which brings the gang back together. Robert De Niro, Al Pacino, and Joe Pesci star in this upcoming Netflix major release.

For all those struggling writer/director/producers out there that have been rejected time after time, Winkler feels your pain and recalls the time he brought a promising script to United Artists. They hated virtually everything about it.

Why should they make a film about a broken-down boxer and his homely girlfriend? There surely was no international market for it. Did it really have to be shot in Philadelphia? And did it have to star some guy named Sylvester? Having someone as determined as Stallone who insisted on directing the script that he had written gave plenty of reason to keep pushing hard.

Winkler insisted. “That’s when you make a movie — when everyone tells you no,” he says, laughing. “If you follow the rules of commerciality, you’re never going to succeed. You’ve got to try something different and always experiment.”

Winkler showed Hollywood that he knew what he was talking about when “Rocky” won the 1977 Oscar for best picture.

Winkler gives an honest look at his best and worst movies in a truly engaging new memoir that I dare you to be able to easily put down, “A Life in Movies: Stories from 50 Years in Hollywood” (Abrams Press).

His book reveals those juicy behind-the-scenes nuggets that film buffs like me love learning about. Naturally, there were some things we were dying to ask Winkler about. He was kind enough to answer them. I was fortunate to have met Winkler back in 2004 when I was developing a project about the “West Memphis Three,” and he was extremely supportive and helped with opening some doors that I would not have otherwise been able to get through. I was surprised that he took my cold call and spent twenty minutes giving me some of the best advice about the business that has saved me a lot of lost time. Being able to interview him about his life in entertainment is a wonderful come back around.

JUST HOW DID HE FILL THE SEATS FOR ROCKY’S FIGHTS

“We couldn’t afford to bring in extras and pay them a regular fee. So I made a deal with the head of the extras guild in Los Angeles. I made a deal that we would hire 25, maybe 30, members of the guild every day. He gave us the OK to fill up the arena with mannequins, and he would allow us to put electric cigarettes in their mouths. I think I said I thought it would cost us more money to build mannequins. Couldn’t we just take people off the street? He was very nice. He said, ‘You’re not going to find people off the street just to sit in an arena.’ He said, ‘You should find someplace where people want to get out.’ I tried to think of something. I said, ‘You know what? Assisted living homes! They got nothing to do all day. They can come and see a movie being shot, which is always a treat. And in order to keep them in their seats, we’ll auction off a television set every hour.’ The only problem is at 4 o’clock, they needed their meds. So we had to send them back.”

“The studio, when they green-lit the film, did it with the understanding that Creed would win the big fight at the end. Obviously, that’s what the fans would be cheering for. We kind of went along with that, although we always felt that one of the reasons ‘Rocky’ worked was because he lost the fight at the end but he won his self-respect and he won the girl. So as we went along, Ryan Coogler, the director, kept saying, ‘You know, maybe he should lose the fight because basically it’s more honest.’ We said, ‘Yeah.’ The studio said, ‘Wait a minute. That’s not what we agreed to.’ So we said, ‘OK, we’ll have two screenings.’ We went to a multiplex and one theater had one version and another had the other so the audience was basically the same. One started 10 minutes earlier than the other. When we got the audience survey cards back, they were basically the same. So the studio reluctantly agreed to our insisting that we go for the ending where he loses.”

When we interviewed Dolph Lundgren, he mentioned this along with his deleted redemption scene.

“Every detail to him is worth committing suicide over. We were under the gun. We had to open in New York on Friday. We were in California. It was Sunday night and we had to finish the movie. I had to get it to the lab and make a print and get it to New York. In the bar scene, a guy walks up to the bar and says, ‘Get me a Cutty Sark.’ Marty said, ‘I can’t hear the words ‘Cutty Sark.’ I said, ‘We’ve been in here for months, nobody can hear anything. We’re deaf.’ I said, ‘It’s midnight. We’re finished. We’re wrapping. The lab is waiting.’ He said, ‘In that case, it’s not a Marty Scorsese movie. I want my name off.’ This is ‘Raging Bull!’ He said, ‘It’s not my movie anymore.’ That’s how specific he is — a word to him is as important as the whole movie.

“We shot outside Trump Tower. At night, he came by. He said, ‘You should give me a part in this movie.’ And he said, ‘But it can’t be a walk-on.’ That was it. Nothing beyond that. Nothing came of it. But he can’t control himself, obviously. Whatever ridiculous idea, whether it’s getting out of NATO or getting a part in a movie, for him it’s all the same.”

“I said to him, ‘Ryan, you’re a very, very talented young man. You’ve got a lot to look forward to. Make something very personal. I don’t think a Marvel movie is very personal.’ What I didn’t know was he made it very personal. He was able to do it and I give Marvel a lot of credit. They allowed him to do it and they got the results. But off the cuff, I said, ‘You shouldn’t do that.’ Boy was I wrong.”