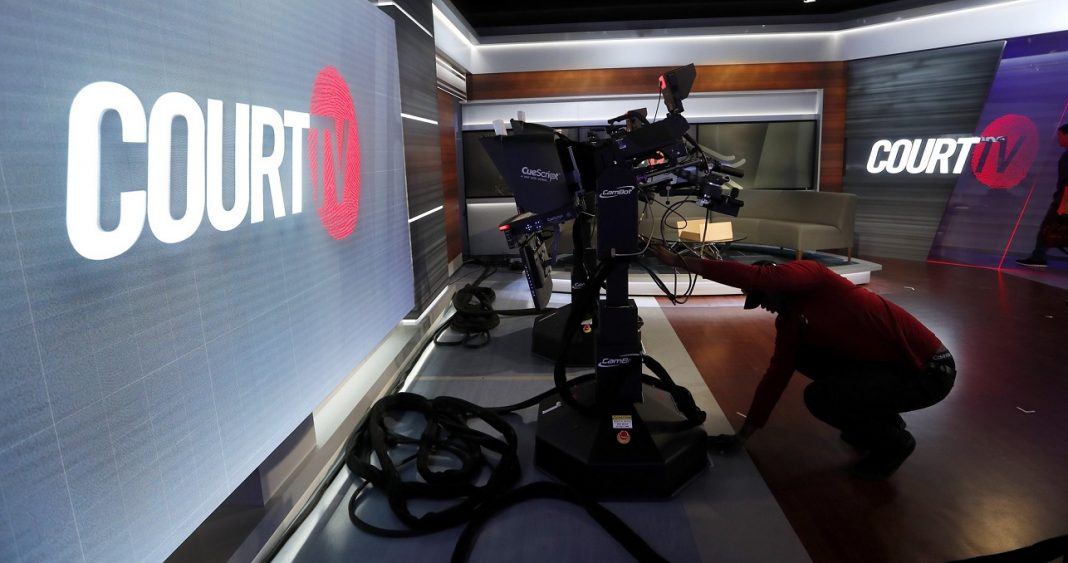 After more than a decade on hiatus Court TV is being resurrected as crime story television is on the rise. Cable channels like Oxygen have switched formats to crime stories so the timing couldn’t be better for a comeback.

The channel for legal junkies that thrived during the trial-crazy 1990s comes back from the dead after more than a decade Wednesday amid a crime-story craze that its backers hope will launch it into a long new life.

“The timing could not be better,” said John Alleva, a lawyer and producer on the former Court TV who now is its vice president and managing editor. “The interest in true crime and this type of programming has reached a fever pitch. We’re in a perfect situation.”

The new Court TV, available over the air and on some cable providers depending on the market, will look a lot like the old. The new owners bought Court TV’s name, logo and library, and will revive its practice of airing trials virtually in their entirety for much of the day while talking about trials and all things legal for the rest of the day.

“We’re not jumping in for a minute here, 20 minutes there,” said Scott Tufts, a veteran producer who long coordinated trial coverage for CNN and now joins Alleva as a vice president and managing editor for Court TV. “These are compelling stories of human events that will attract a large, and we believe dedicated audience.”

And one of its former stars, Vinnie Politan, will be the face of the new channel as its primetime anchor.

Like many involved with Court TV, the 54-year-old Politan was a lawyer before he was a journalist, and lives to combine the two specialties, something that the dismantling of the old channel left him unable to do.

Politan talked to media outlets from the Court TV studios in Atlanta. He’s spent the last several years there working for the local NBC affiliate, his love of the law limited to segments that lasted little over a minute.

“It’s the deep dive,” Politan said. “To be able to get into a story, to follow a story from beginning to end, to own the story is absolutely amazing.”

The original Court TV was launched by a conglomerate of owners in 1991. Its popularity rose during the 1994 Menendez brothers’ trial and soared during its airing of the 1995 O.J. Simpson trial.

Time Warner bought it in 2006, and in 2008 rebranded it as truTV, with an emphasis on reality shows aimed at a younger audience. Its court coverage slowly phased into oblivion.

The most devoted of Court TV’s employees, including Alleva and Politan, had always wanted it back.

The intervening years have seen a popularity surge in podcasts like “Serial,” TV trial reenactments such as “The People v. O.J. Simpson,” and a slew of Netflix crime documentaries including “Making a Murderer.” Katz Networks, a division of the E.W. Scripps Company, which has a long history in journalism, is taking a shot that the public’s interest will take hold for Court TV once again.

The revived channel’s online component will include a livestream of its telecasts, access to its library of older trials, and the ability to quickly catch up with an ongoing trial.

Court TV will seek to lead the national conversation on high-profile cases. Producers plan to go all-in on the forthcoming Harvey Weinstein sexual assault trial, set to start in New York in September.

But smaller cases in far-flung places will be just as essential to its programming.

The channel’s first live coverage inside a courtroom will be the Covington, Georgia, trial of parents charged with the murder of their newborn baby after they had reported him missing in 2017.

“The smaller trials are what really drives Court TV,” Alleva said. “The majority of the trials are going to take place in small places across America.”

Of course, to provide such coverage, judges will need to allow cameras in court in the first place — a fight that for Court TV is both essential to its business model and a matter of principle.

“There should be a camera in every courtroom,” Politan said. “These are public courtrooms, it’s our government, no judge or lawyer owns the court.”

The channel has joined media outlets in the legal fight for access to the Weinstein trial.

Seema Iyer, a former New York City prosecutor with an expertise in forensics who has worked as a legal analyst for CNN and MSNBC, will anchor the channel’s daily 3 to 6 p.m. Eastern timeslot.

She said she leapt at the Court TV job for the rare chance it offers her to use her skills to talk to, and help create, viewers as smart and obsessed as the anchors.

She said audiences that knew virtually nothing about DNA during the O.J. Simpson trial in 2019 now have sophisticated knowledge of the science of crime.

At the same time, she said, “CSI” and scores of similar shows have forced prosecutors and journalists alike to “reduce expectations that people have for that sexy type of evidence, because it’s not always there.”

“The good thing is, if there is all that sexy evidence, we have a lot of fun,” Iyer said. “The challenge for us, as anchors, is when the evidence is a little drawn out, it gets boring, that’s when we really have to ratchet up the energy, and the entertainment value.