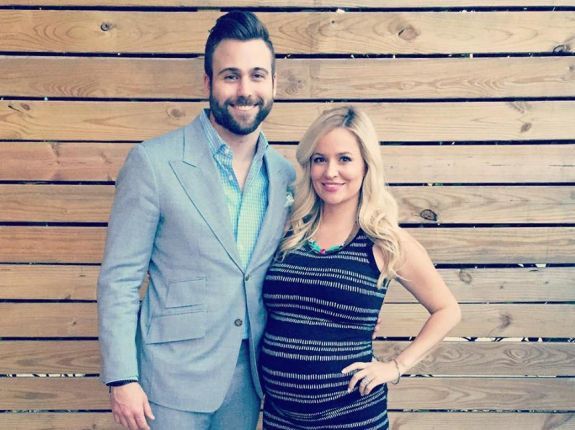 This week’s celebrity gossip begins with the birth of Tyler Johnson and Emily Maynard’s second son. Emily also has a 10 year old son, who no doubt is now a proud big brother.

Due to the allegations of child molestation against Josh Duggar, the family’s cable TV series, 19 Kids and Counting,” will no longer be aired. In light of the show’s cancellation the family released and official statement declaring that they are proud of all of their children for growing up and that they hoped what happened to them would teach others a life lesson.

Daniel Radcliffe recently participated in a hidden camera prank that had him working as a secretary at the offices of Nylon Magazine in NYC. During the filming of the prank Daniel was visited by Joe Jonas, who jokingly told him he made a terrible secretary. Employees of the magazine missed out on phone calls and deliveries that they were expecting, having no idea a prank was being pulled on them.

Amber Heard recently found herself in hot water after she took her two dogs into Australia without going through the necessary steps to bring him in legally. She is married to Johnny Depp, who is also in trouble with the law for the same reason.

In an attempt to expand her professional endeavors Rhianna has helped in the creation of a temporary line of knee highs and other socks. The 18 different sock designs by Stance Socks will hit retail stores in September.

In other Rhianna news, the singer has been battling a crazed fan who stalked her in April of this year and then again in June. An arrest has not yet been made in the case of Rhianna’s stalker, who recently tweeted that he will marry her someday, even if someone gets killed in the process.

After being found guilty of copyright infringement Pharrell Williams and Robin Thicke were ordered to pay a settlement of $7.4 million. That amount has now been lowered to only $5.3 million, as ordered by the judge presiding over the case. The copyright infringement charge stemmed from Thicke and Williams writing a song that bared a strong resemblance to a Marvin Gaye song. As a result of the settlement, the family of Marvin Gaye will now be able to claim half of all future proceeds from the song Williams and Thicke wrote.

Sienna Miller has reportedly split from fiancé Tom Sturridge. An unnamed source has stated that the two are still friendly and are still focused on raising their child together.

Trouble seems to follow Chris Brown everywhere, as a home owned by Brown, that his aunt lives in, was broken into earlier this week. When the robbers broke in Brown’s aunt was at home. During the robbery she was forced to stay in a closet while the intruders looted.

Proving what a slut she is Kendall Jenner was recently spotted walking down an L.A. street with an open blouse and no bra on. She was seen shopping in boutiques with her friends, despite being indecently dressed for public.

DMX recently began serving a jail sentence in upstate New York for failure to pay child support. He reportedly owes $400,000 worth of child support that he simply did not pay. As a result, he was sentenced to six months in jail. This is far from his first jail stint, as he has a long history of disobeying the law.

Jesse Eisenberg is one celebrity that did not enjoy last week’s San Diego Comic Con. In an Associated Press interview to promote the upcoming movie “Batman vs Superman: Dawn of Justice,” he compared his comic con experience to genocide. He said that the comic con crowd was a mob and that them screaming at him terrified him. He even went so far as to say that the people that like the comic con environment must have a miserable life. This does not bode well for Eisenberg being invited to future comic cons.

One Direction’s Louis Tomlinson recently announced he will be a father. The mother is a friend of his, though there are no reports of the two being in a romantic relationship. Some of Tomlinson’s fans have publically stated their discomfort with this breaking news.

Eric Stonestreet, an actor on Modern Family, is reportedly dating Bethenny Frankel from Real Housewives of NY. The relationship is said to have begun months ago, but the couple is just now going public with their romance. Frankel has even alluded to being in love with Stonestreet, thanks to a tweet she recently sent out.

Though Ariana Grande just got herself in trouble for licking pastries in an L.A. bakery recently, she will not face any charges as a result. Though the owner of the bakery could have pressed charges, the person chose not to. This incident has caused the local Environmental Health inspectors to question if the bakery is being managed in accordance with health codes.

Jimmy Fallon has released more information on the accident he had at home approximately two weeks ago. The finger injury he sustained was severe enough that there was talk of having to amputate his finger. While doctors avoided having to do this, Fallon still spent a week and a half in the ICU of a NYC hospital. He will struggle for several more weeks before he has full feeling back in the injured finger.

Rapper 50 Cent recently had to file for bankruptcy. A judge has ordered that 50 Cent must pay a $5 million fine, which will go to Lavonia Leviston, who is the mother of Rick Ross’s baby. The fine stems from 50 Cent having made a sex tape of Leviston public.

This week’s celebrity gossip wraps with a touching tribute that Lea Michele published online in memory of boyfriend Corey Monteith, who passed away two years ago. Michele posted a picture of Monteith behind the wheel of his car and said he was missed.