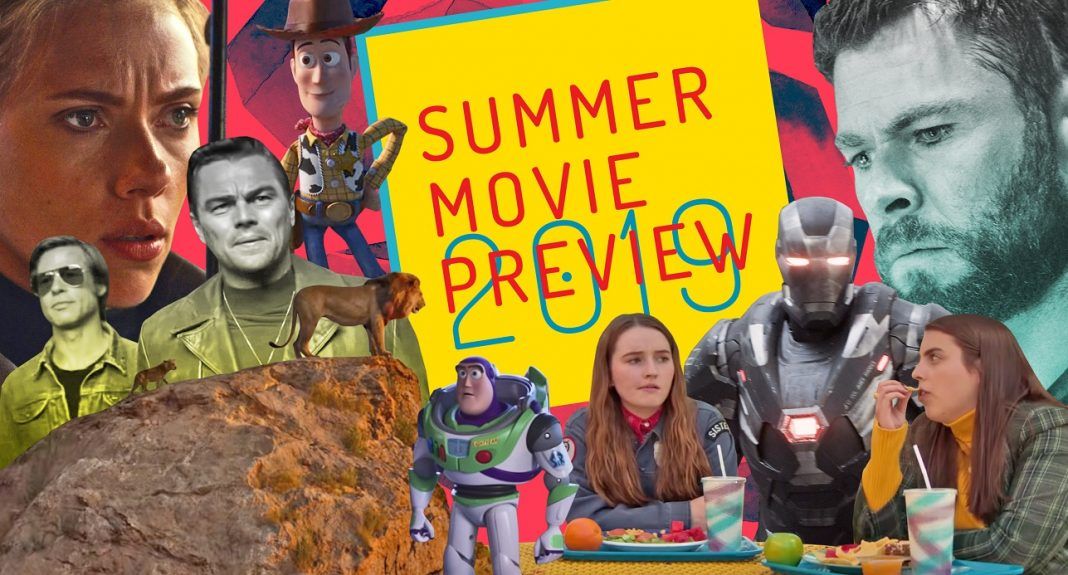 Summer movies start in May (although Marvel likes to get going in April with blockbusters like “Avengers: Endgame) and Movie TV Tech Geeks has broken down a month-by-month guide of what’s playing at the theaters, and even what’s happening on Netflix, from the biggest blockbusters to the smallest indies.

Not all are going to be great, but here’s every single film that you can choose from and decide for yourself.

“Long Shot” (May 3) —A childhood crush gets a second chance when a presidential hopeful (Charlize Theron) hires a speechwriter (Seth Rogen) who she used to babysit in this raucous comedy.

“Uglydolls” (May 3) —The popular toys are voiced by some of music’s biggest stars, including Kelly Clarkson and Pitbull, in this animated family film.

“Extremely Wicked, Shockingly Evil and Vile” (May 3) — Zac Efron plays Ted Bundy in this unconventional look at the serial killer through the eyes of an ex-girlfriend (Lily Collins) witnessing his downfall in this Netflix drama. Also in select theaters.

“The Hustle” (May 10) —Anne Hathaway and Rebel Wilson put a female spin on “Dirty Rotten Scoundrels.”

“Detective Pikachu” (May 10) — Ryan Reynolds lends his voice to the cuddly yellow Pokemon in this live-action mystery.

“John Wick: Chapter 3 — Parabellum” (May 17) — Everyone’s favorite assassin is back and this time the Keanu Reeves character has a $14 million price on his head.

“The Souvenir” (May 17) — Tilda Swinton co-stars in this Sundance breakout about a young film student who gets wrapped up in a fraught relationship.

“Aladdin” (May 24) — This live-action reboot of the animated classic from director Guy Ritchie finds Will Smith in the role of the Genie.

“Booksmart” (May 24) — Kaitlyn Dever and Beanie Feldstein star as overachieving high school students who decide to break the rules for once one epic night in this SXSW breakout comedy.

“Brightburn” (May 24) — This James Gunn-produced thriller with Elizabeth Banks puts a sinister spin on a classic superhero tale. What if the alien child who crash lands on earth isn’t actually good?

“Ma” (May 31) — Octavia Spencer terrorizes some young kids in this thriller from “The Help” director Tate Taylor.

“Rocketman” (May 31) — Taron Egerton uses his own voice to play Elton John in this fantasy musical biopic, with Jamie Bell and Richard Madden.

“Dark Phoenix” (June 7) — Sophie Turner’s Jean Grey gets the spotlight in this X-Men sequel set a decade after the events of “X-Men: Apocalypse.”

“Late Night” (June 7) — Mindy Kaling wrote and stars in this comedy about an aspiring comedy writer who gets the dream job on the writing staff of Emma Thompson’s late night show.

“The Last Black Man in San Francisco” (June 7) — A gem of a film about legacy, gentrification and the meaning of “home.”

“Men in Black: International” (June 14) — Tessa Thompson and Chris Hemsworth take up the mantle of this franchise with “Straight Outta Compton” director F. Gary Gray at the helm.

“Murder Mystery” (June 14) — Jennifer Aniston and Adam Sandler re-team for this film about a cop and his wife who become suspects in the murder of a billionaire.

“Child’s Play” (June 21) — Mark Hamill lends his vocal talents to the voice of the demonic doll Chucky in this reboot of the 1988 horror film, with Aubrey Plaza and Brian Tyree Henry.

“Toy Story 4” (June 21) — Woody, Buzz and Bo Peep are back with old and new pals, like Forky, in this sure-to-be emotional sequel about everyone’s favorite sentient toys.

“Annabelle Comes Home” (June 28) — In this third “Annabelle” film Ed and Lorraine Warren’s daughter (Mckenna Grace) and her baby-sitters are the targets of the murderous doll.

“Yesterday” (June 28) — A freak accident ends up erasing The Beatles and their music from the world’s memory except for the one struggling musician who uses it to his advantage in this charmer from director Danny Boyle.

“Spider-Man: Far From Home” (July 2) — There is life after “Avengers: Endgame” for Peter Parker (Tom Holland) on a school trip to Europe, where Jake Gyllenhaal’s Mysterio complicates things.

“Midsommar” (July 3) —“Hereditary” director Ari Aster is back to scare audiences again with this film about a couple vacationing in a Swedish village with possible cult tendencies.

“Ophelia” (June 28) —The women of “Hamlet” take center stage in this film with Daisy Ridley and Naomi Watts.

“21 Bridges” (July 12) — Chadwick Boseman puts down his “Black Panther” suit to play a disgraced NY detective pursuing a cop killer in this gritty thriller with Taylor Kitsch and Stephan James.

“Stuber” (July 12) — A ride-share driver played by Kumail Nanjiani gets in over his head when he takes a cop (Dave Bautista) on pursuit as a passenger in this comedy.

“The Farewell” (July 12) — This Sundance phenomenon stars Awkwafina in a rare dramatic role as one part of a Chinese American family that decides to lie to their grandmother about her terminal diagnosis.

“David Crosby: Remember My Name” (July 19) — A documentary about the singer-songwriter.

“The Great Hack” (July 24) —This documentary takes a close look at the Cambridge Analytica scandal.

“Once Upon a Time in Hollywood” (July 26) —Quentin Tarantino takes audiences back to Charles Manson-era Hollywood in this film about an actor (Leonardo DiCaprio), his stuntman (Brad Pitt) and neighbor Sharon Tate (Margot Robbie).

“Brahms: The Boy II” (July 26) — An unsuspecting young family moves into the Heelshire Mansion and gets to meet Brahms in this sequel to the 2016 film, with Katie Holmes.

“Dora and the Lost City of Gold” (July 31) —A live-action family adventure based on the animated series with Eva Longoria, Eugenio Derbez and Isabel Moner as Dora.

“Luce” (Aug. 2) — The parents of an adopted teenager and model student start to question everything after reading a disturbing essay he wrote. With Naomi Watts and Octavia Spencer.

“The Kitchen” (Aug. 9) —When their husbands are arrested by the FBI, Melissa McCarthy, Tiffany Haddish and Elisabeth Moss have to run the Hell’s Kitchen organized crime scenes in the 1970s in this film loosely based on a comic.

“Brian Banks” (Aug. 9) — The true story of a high school football star (Aldis Hodge) with a promising future at USC who is wrongly convicted for a crime and spends years in jail. Greg Kinnear co-stars as one of the people who tries to help.

“In The Shadow of the Moon” (Aug. 9) — Set in Chicago, a detective is searching for a serial killer who murders based on the lunar cycle. With Boyd Holbrook and Michael C. Hall.

“Blinded by the Light” (Aug. 14) —A teenager in the U.K. in 1987 finds solace in the music of Bruce Springsteen in this film based on journalist Sarfraz Manzoor’s memoir.

“The Informer” (Aug. 16) —A former criminal played by Joel Kinnaman is working undercover for the FBI when a dicey job takes him back to his old prison in this adaptation of the novel “Three Seconds.”

“Brittany Runs a Marathon (Aug. 23) —Jillian Bell plays a woman who attempts to change her messy, party-girl life around by starting to run in this charming Sundance acquisition.

“Angel Has Fallen” (Aug. 23) — Gerard Butler is back for a third time as unlucky secret service agent Mike Banning. Now there’s a problem on Air Force One, but Harrison Ford is not involved.