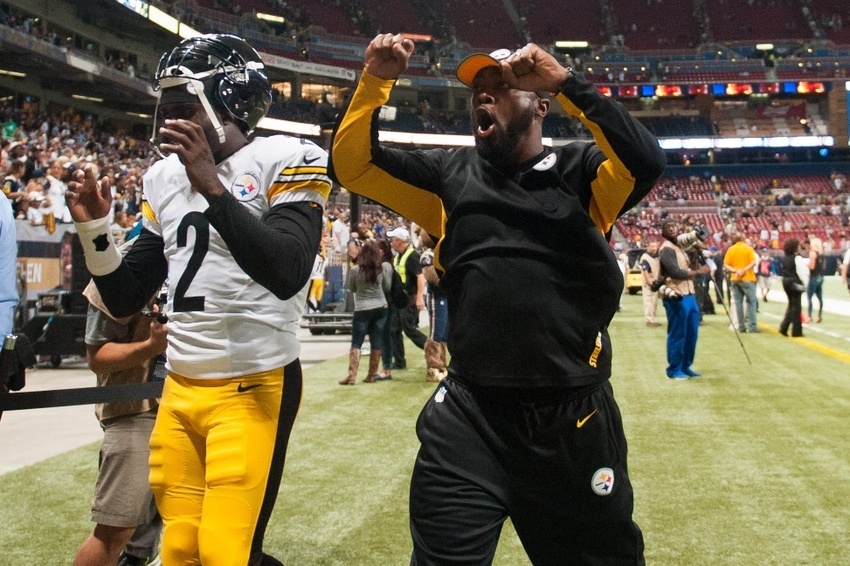 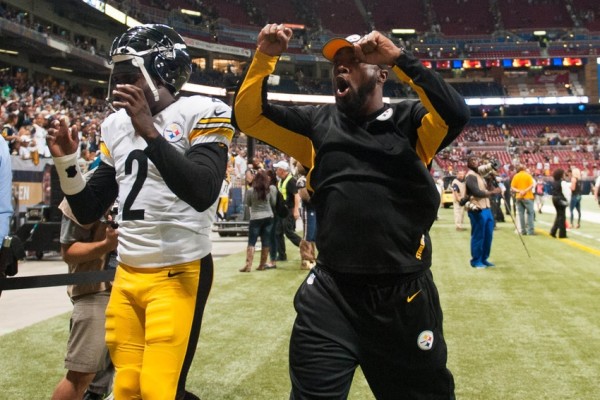 The New England Patriots topped the Pittsburgh Steelers on NFL’s opening Thursday Night, kicking things off three weeks ago, so I guess I can’t wait much longer to give my updated predictions with injuries, trades, and additional information in mind. So, without further ado, here are my ridiculous and outlandish (and probably a lil’ bias) team-by-team record predictions for each NFL franchise:

Pittsburgh Steelers, 11-5: When Le’Veon Bell and Martavis Bryant come back, that offense is going to be scary.

Cleveland Browns, 4-12: I really want Johnny Manziel to do well, but he’ll be lucky to start. Bye bye Mike Pettine.

Indianapolis Colts, 11-5: You don’t need defense to beat the Titans and Jags twice a year. As long as Andrew Luck can split the difference with Houston, they’ll be just fine atop this division.

Houston Texans, 10-6: I really want to say they’ll win the division, but I’m not sure I trust the offense enough. Let’s see how Bryan Hoyer holds up and how quickly Arian Foster can get back.

Jacksonville Jaguars, 2-14: What else is new?

New York Jets, 6-10: Once again, loving the defense here. The offense on the other hand is worse off than Geno’s jaw.

Denver Broncos, 13-3: Peyton. Manning. And then C.J. Anderson in the new-look run offense. This best record comes with the assumptions that Wade Phillips does something which Jack Del Rio apparently couldn’t do—coach a talented defense.

Kansas City Chiefs, 9-7: This is still a good team, and once Peyton retires they should have no problem jumping to the top of the division.

Oakland Raiders, 5-11: Amari Cooper and Derek Carr will be cool, but it’s still the Raiders.

Green Bay Packers, 12-4: The loss of Jordy Nelson hurts, but this receiving corps is absolutely stacked. And Eddie Lacy. So yeah, they’ll be fine.

Minnesota Vikings, 10-6: I’m really excited to see Adrian Peterson and Teddy Bridgewater on the field together. So excited in fact that I just put them down as winning 10 games. Whoops.

Detroit Lions, 8-8: No matter how much talent they have, they always manage to screw everything up. With all the defensive losses, things definitely won’t get any better.

Atlanta Falcons, 5-11: Bouncing back from the 32nd overall defense isn’t an easy process.

Tampa Bay Buccaneers, 5-11: At least you did better than Mariota, right Jameis?

New York Giants, 9-7: Say what you want about Eli, I still believe he can do it.

Washington Redskins, 4-12: Once again, what else is new?

Seattle Seahawks, 11-5: Defense still wins championships, but if the offense plays like it did preseason then the Cardinals will quickly jump to the throne in the West.

Arizona Cardinals, 9-7: Great defense and everything, but they just can’t get over the wall of the Seahawks.

San Francisco 49ers, 6-10: With all the defensive loss and without Jim Harbaugh, 6-10 is probably a bit generous.