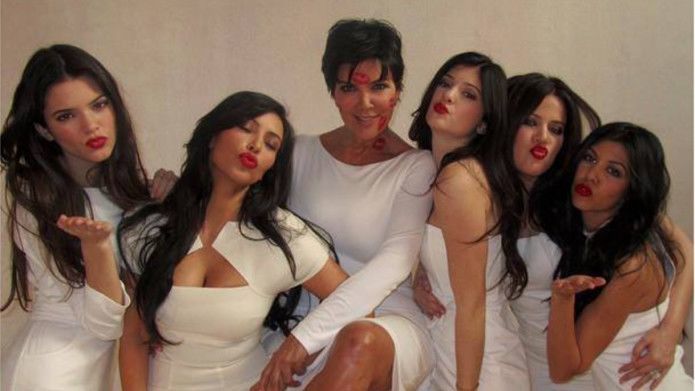 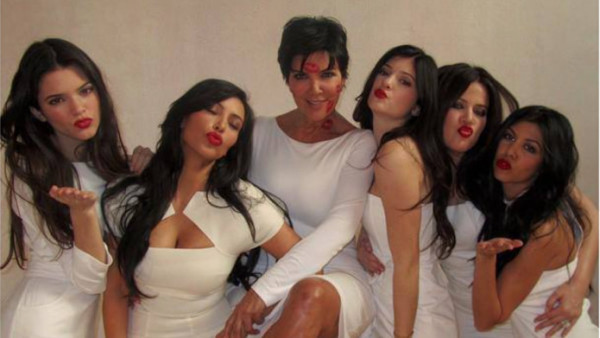 Cosmopolitan magazine has gotten itself into hot water with the release of its 50th anniversary issue, which features the 5 Kardashian/Jenner sisters and their mother, Kris Jenner.

For the first time in over 4 years, the sisters and their momager are seen together on the magazine cover, donning casual button-up white shirts.

Surprisingly it’s not the girls themselves who are causing the controversy; it was Cosmo’s decision to title them “America’s First Family” that has caused uproar. Unfortunately, much of the public took offence to the magazine’s comparison of the reality TV family to the Obamas. People are criticizing the magazine’s editors for equating a family who are building an empire based on a realty show to a family that is responsible for running the United States of America.

Some of critics took to Twitter to address the magazine’s poor choice of words. With comments including:

“Sorry Cosmo, there’s only one First Family of America & it ain’t the Kardashians. #CosmoFail” – @EricWolfson

Sorry Cosmo, there's only one First Family of America & it ain't the Kardashians.#CosmoFail pic.twitter.com/Su7p51ylqN

After the public’s outrage became apparent, E! News tried reaching out to Cosmopolitan magazine to get their comment on the matter, however they have yet to respond. 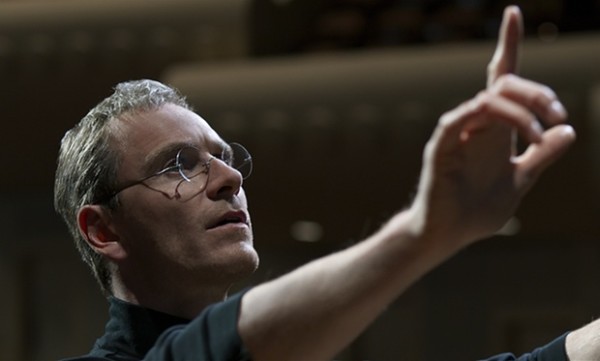 As the premiere of the new Steve Jobs biopic, Steve Jobs, is approaching it isn’t surprising that many are comparing it to the 2013 Steve-inspired movie, Jobs. The 2013 film that was based on Apple’s infamous co-founder starred Ashton Kutcher, but unfortunately was not well received by both critics and audiences.

The new movie stars Michael Fassbender as Steve Jobs and the early reviews of the film have been notably positive.

While Michael was promoting the movie at the New York Film Festival on Sunday, he couldn’t help but joke about Ashton’s failed attempt at bringing Steve to life on the screen. During an interview, Michael was asked how he prepared for the role, in which Michael quipped back, “I studied Ashton Kutcher.”

Michael has reason to be confident in his new movie, as it is already receiving Oscar buzz. The actor previously commented on the positive feedback the movie is getting, saying “it makes [him] feel good.”

Ashton has not responded to Michael’s comment. However, it seems as Kutcher has moved on from his failed movie, as he was recently seen as a guest shark on ABC’s Shark Tank.

Like with most movies, the behind the scenes drama was just as intense as what’s onscreen. It appears that Jobs’ widow, Laurene Powell, worked hard to kill the film. This is something that happens more often than you know, and it’s usually when someone is afraid that they’ll be portrayed as more truthful than they want. Funny enough, the people trying to kill the film have yet to see, so they are working on some psychic ability.

The WSJ reports that she pressed Sony Pictures Entertainment, which originally backed the film, and then Universal Pictures, which now owns the rights.

Longtime Apple board member and Jobs’ friend, Bill Campbell, also criticized the film, as did Apple chief executive Tim Cook, in an appearance on a late-night talk show.

One problem is that the move is based on the immensely popular, but highly critical, biography by Walter Isaacson that Jobs enlisted him to write. Over the past year, Apple insiders have made their objections to the book abundantly clear.

The WSJ quotes an email from producer Scott Rudin in which he says that Laurene Jobs “continued to say how much she disliked the book, and that any movie based on the book could not possibly be accurate.”

It probably doesn’t help that the script was written by Aaron Sorkin, who gleefully twisted the backstory of Facebook cofounder Mark Zuckerberg a few years ago when he penned the script for The Social Network.

Director Danny Boyle didn’t allay anyone’s fears when he told the WSJ that the movie is intended to be “impressionistic.”

“The truth is not necessarily in the facts, it’s in the feel,” Boyle told the WSJ, implying exactly what Jobs’s supporters fear most: A fact-free film that hammers on Jobs’ worst tendencies and defines his legacy for years to come.

Apple insiders had hoped to mount a counter-campaign to protect Jobs’ legend with a new biography released earlier this year. Becoming Steve Jobs, written by journalists Brent Schlender and Rick Tetzeli, was well-reviewed and is a best seller in its own right, but has not matched the monster success of Isaacson’s book.

However, any momentum that effort might have gained ran right into the ugliness of the first official trailer, released over the summer, which showed Jobs in full jerk mode. Starring Michael Fassbender as Jobs and Seth Rogen as Wozniak, every frame of the two-minute trailer portrays an arrogant, smug Jobs.

With the critical reception being so high, it’s doubtful that the Steve Jobs biopic will flop at the box office or just fade away. Much like the Apple founder, this film is a treasure to be seen and will probably be seen by many. Who wants a hero who isn’t realistic anyway? It gives us hope that many of us in the audience could learn some lessons from Jobs on his chaotic journey through life.