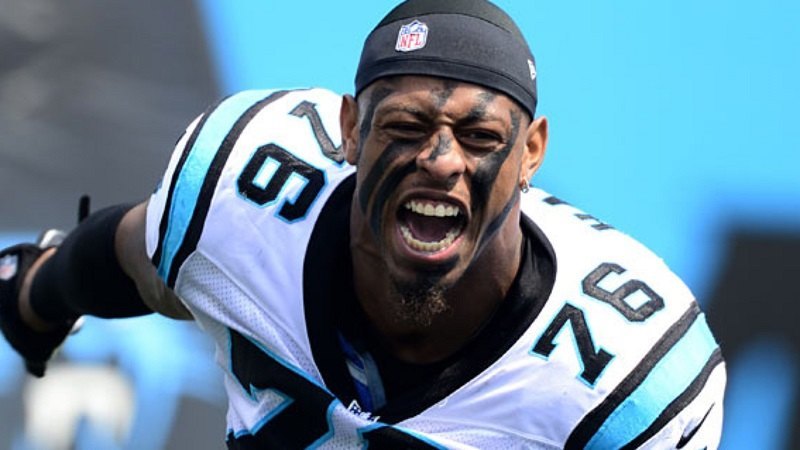 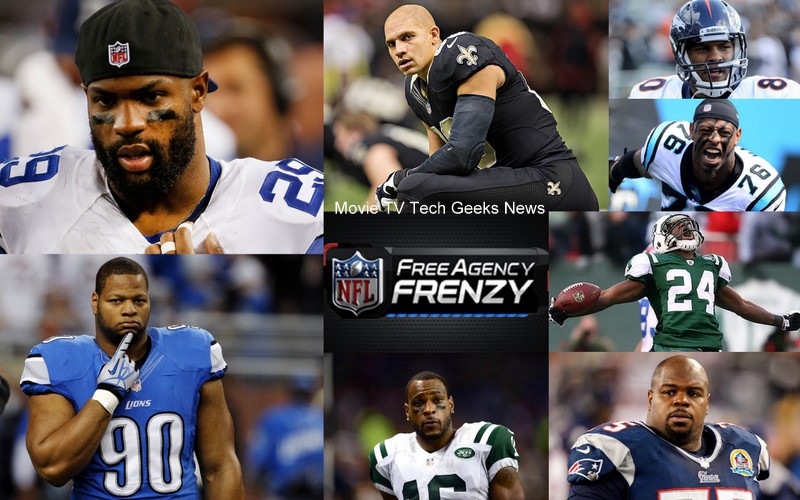 Forget what you used to know about NFL free agency. Gone, at least for this year, is the normalcy we have been accustomed to in the NFL off season. It has been a free for all so far. Sure there would always be talk of this superstar or that one going here or there only to end up signing with his original team. That’s just the way the NFL is set up. Players are incentivized to stay with their current team since they can usually get the best deal with them as long as their franchise is willing to pay up.

This free agent signing period has seen big moves by high profile teams with big time ballers. This is the busiest free agent period I can remember and it’s not over yet. Much of the frenzy is due to Chip Kelly eradicating his roster. Dude will be back in college in about 24 months. Kelly seems to think his big brain and system will lead the Eagles to the Super Bowl. He has shipped Shady McCoy off to Buffalo and swapped Nick Foles for a quarterback that hasn’t had much luck staying on the field, in Sam Bradford. Maybe Kelly is going to make some smart moves to show he hasn’t lost his damn mind, but that remains to be seen. 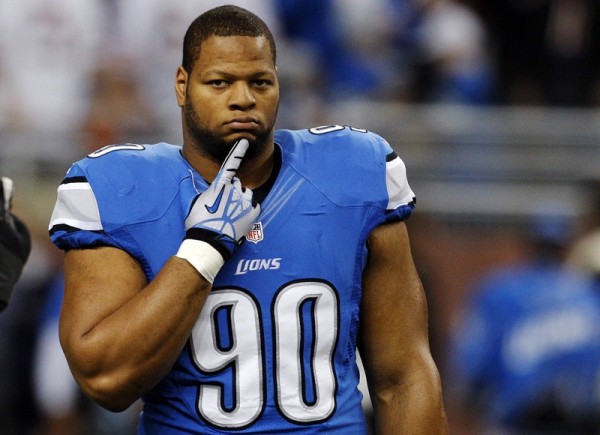 The biggest player to be signed during this wild time was of course Ndamukong Suh. Detroit apparently didn’t want to back all those Brinks trucks up for the dominating defensive lineman. It took Miami a while to finally ink the deal that was reported for a couple days, but it’s now official. Suh will be a Dolphin and it cost them $114 million, including $60 million in guaranteed money. Reports are coming in that the NFL is investigating the Phins for making the deal too early in the free agent process. More on that later. Suh is a great player and maybe he turns the Dolphins into real contenders. But putting so much money on one guy can just as easily derail a team’s longterm hopes. 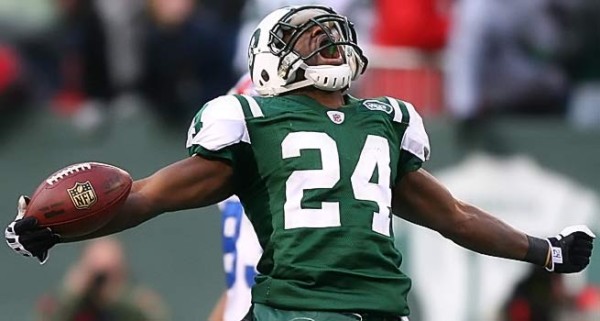 Darrelle Revis won a title in New England so that short lived union benefited both parties. The Pats would have loved to have the guy at least one more year. Picking up a $20 million option was just too high a price to pay though. Revis rejoins the Jets, the team he started with but traded him to Tampa to save some salary cap space. The Jets are surely happy to have him back, but this is a prime example of the difference between the Patriots and their division foes from New Jersey. The Pats got Revis at a not so cheap, but affordable price tag in 2014. The Jets paid top dollar for the corner who will be a year older and one step further past his prime. New England knows how to squeeze value out of each position they go after. They will let a great player walk before they over pay. 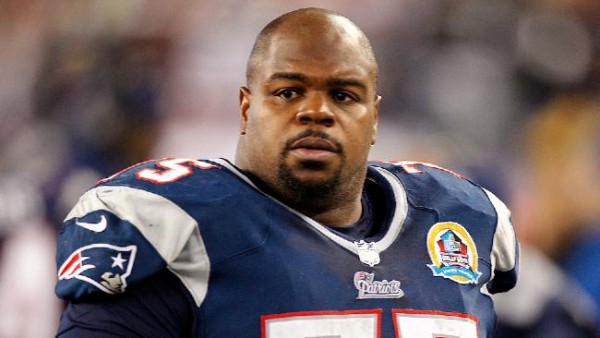 Speaking of letting a guy walk. Vince Wilfork is no longer a Patriot. He has come close to wearing another team’s colors in the past, but this year may be when it really happens. He was released by the Pats, but still may end up back where he has become a legend. The fact that he has hung on so long with Belichick’s crew says a lot about his value. They don’t keep players around for sentimental reasons. Wilfork has been a force! 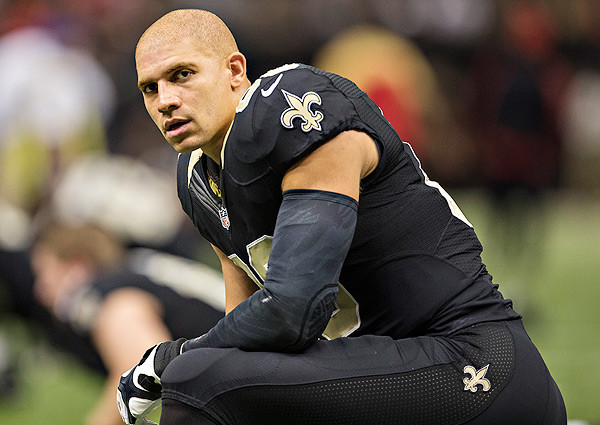 One of the most shocking moves of the free agency period was Jimmy Graham being shipped out of New Orleans to Seattle. Sure he may have wrecked my fantasy teams the last few weeks of the season due to some poor production, but I didn’t think he was in danger of being traded….for a center. There were draft picks involved as well, a first rounder to the Saints and a fourth round choice to the Hawks. Jimmy Graham is the second best tight end in the NFL. He’s the best when Gronk is hurt. I guess the Saints feel like they don’t need him if they were losing with him on the roster, no matter how talented he may be. Seattle just got a weapon that is going to make Russell Wilson even more dangerous and it should take pressure off him to run so much.

Another tight end was on the move this week. Julius Thomas bounced out of Denver to land in Jacksonville. Thomas is the third best TE in football, but Denver couldn’t afford to sign both him and Demaryius Thomas. Demaryius got the nod when he was saddled with a franchise tag. 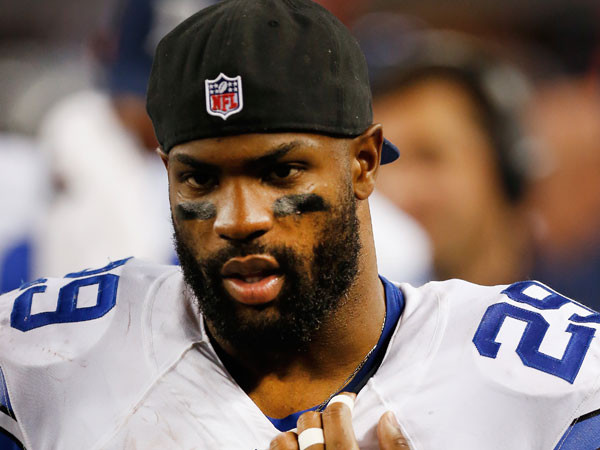 DeMarco Murray is still on the market as I type this out. He happens to be a lowly running back so he doesn’t have big leverage like some guys do. It’s a shame that backs don’t have the value they once did and no matter what websites Steven Jackson puts online, that isn’t going to change. Murray had a career year in 2014 and hopefully he can cash in on that. But he isn’t as valuable on a team with a lesser O-line than Dallas. So look for him to accept what Dallas has to offer eventually. That is unless Chip Kelly makes another insane move. The Eagles are in the mix for the NFL’s leading rusher of 2014 so his fate is up in the air. Murray has now signed with the Philadelphia Eagles, a five-year, $42 million deal, including $21 million guaranteed. 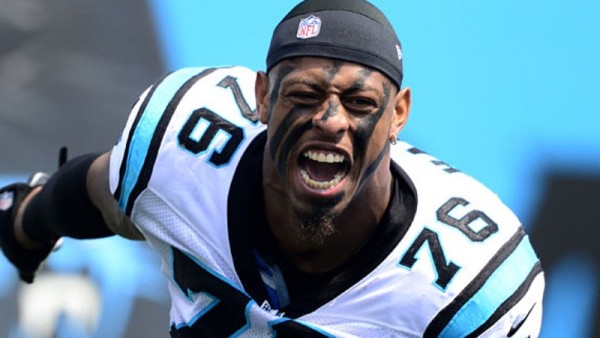 Greg Hardy is still available for any team willing to take a risk on a dominant pass rusher. At least he was dominant the last time he laced up his cleats. But that was quite a while ago now. He was one of the players caught up in a domestic violence issue so teams are understandably hesitant to sign him. The details of his case are murky at best. Still, teams are not going to be the target of folks questioning their decisions to sign a man who allegedly beats up women. Hardy remains on the Commissioner’s Exempt List so there is no definite date he would be available to play, even if he is signed. The Oakland Raiders are showing interest in him as of today, but you know how fickle things can be. 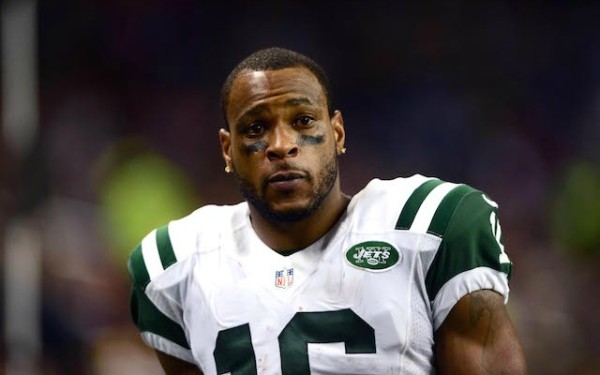 Percy Harvin was cut by the Jets who got him in a trade via Seattle last year. Harvin is one of those talented guys that just can’t seem to keep out of his own way. This offseason will likely be his last as a big time player who receives interest from many teams. Once a guy bounces from team to team it becomes apparent he is the common denominator in the asshole equation.

Free agency isn’t over yet. There are still moves to be made, roster spots to fill, and salaries to unload. It has been a very interesting week so far so I look forward to each day’s updates. I hear Chip Kelly may be shopping for a new wife and family dog. It’s clear he isn’t afraid to cut people loose.