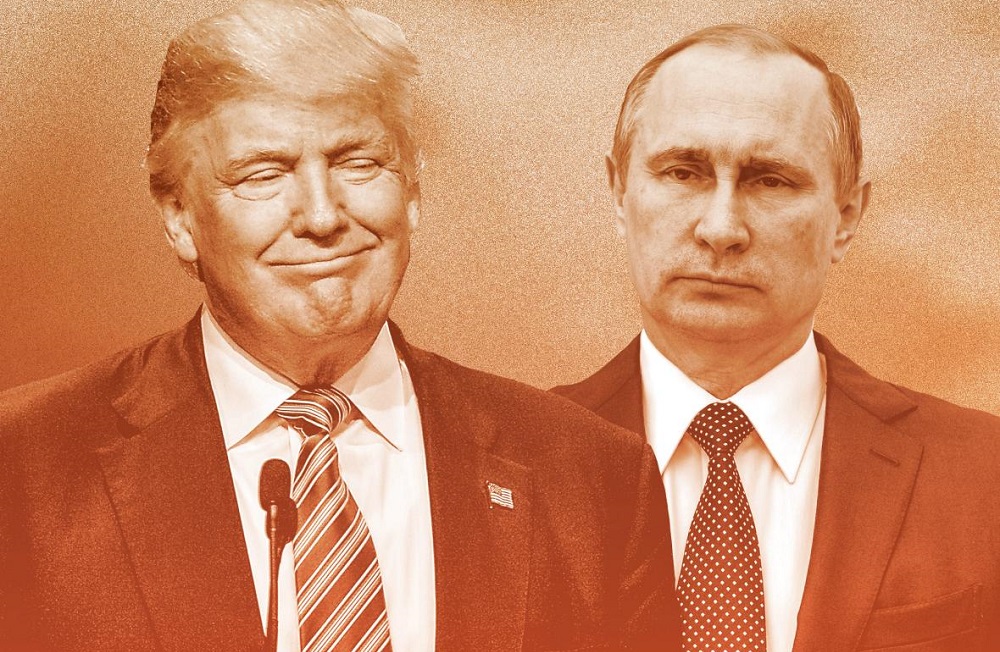 You would think that President-elect Donald Trump was going to the dentist the way he’s been about meeting with U.S. intelligence agencies to be briefed on Russian hackers.

He has fought and complained even though the agencies have been letting him know publicly that they firmly believe Russia was behind the hacks during the election. Trump seems to only be hearing that they are saying he didn’t win the election fairly, but that’s the last thing they’ve actually been stating.

The intelligence report, an unclassified version of a more detailed classified account given earlier to Trump, the White House, and congressional leaders, withheld the government’s evidence to back up its assertions.

Trump, in a brief interview with media outlets, said he “learned a lot” from his discussions with intelligence officials, but declined to say whether he accepted their assertion that Russia had meddled in the election on his behalf.

“It was a really great meeting, I really like those people a lot,” said Trump, who has challenged the intelligence community since winning the election. “I learned a lot and I think they did also.”

Trump would not detail what evidence he was presented with, saying only that he learned “a lot of confidential things.” Because Trump is not yet president, he is legally constrained from revealing classified information.

In an earlier written statement, Trump said it was clear Russian email hacking did not deliver him the presidency.

The unclassified version of the intelligence report was the most detailed public account to date of Russian efforts to interfere with the U.S. political process, with actions that included hacking into the email accounts of the Democratic National Committee and individual Democrats like Hillary Clinton’s campaign chairman John Podesta. Russia also used state-funded propaganda and paid “trolls” to make nasty comments on social media services, the report said. There was no suggestion that Russia affected actual vote counting or tampered with ballot machines. President Barack Obama requested the report last month and wanted it completed before inauguration day.

The report, for the first time, explicitly tied Putin to the hackings, called it the “boldest effort yet” to influence a U.S. election, and said the Russian government provided emails to WikiLeaks – something the website’s founder, Julian Assange, has repeatedly denied. The intelligence agencies also said Russia will continue to try to influence future events in the U.S. and worldwide, particularly among U.S. allies.

Since Election Day, the intelligence agencies said, Russia has launched a “spear-fishing” campaign to try to trick people into revealing their email passwords, targeting U.S. government employees and think tanks that specialize in national security, defense and foreign policy.

The report lacked details about how the U.S. learned what it said it knows, such as any intercepted conversations or electronic messages among Russian leaders, including Putin, or about specific hacker techniques or digital tools the U.S. may have traced back to Russia in its investigations.

Exactly how the U.S. monitors its adversaries in cyberspace is a closely guarded secret, since revealing such details could help foreign governments further obscure their activities.

The unclassified version included footnotes acknowledging that it “does not include the full supporting information on key elements of the influence campaign.” It said its conclusions were identical to the classified version, which was more detailed.

The unclassified report said the Russian effort was both political and personal.

“Russia’s goals were to undermine public faith in the U.S. democratic process, denigrate Secretary Clinton and harm her electability and potential presidency,” it said. “We further assess Putin and the Russian government developed a clear preference for President-elect Trump.”

Putin most likely wanted to discredit Clinton because he blames her for inciting mass protests against his regime in late 2011 and early 2012 and because he resents her for disparaging comments she has made about him, the report said. It said the Russian effort was the “boldest yet” intended to affect a U.S. election.

The report was released shortly after intelligence officials finished briefing Trump – a move probably intended to bolster the intelligence findings against pushback from the president-elect.

Trump could use the lack of supporting details in the public version to fuel his dismissiveness of the findings, even though he has now been briefed on the classified portion.

Trump has been dismissive of the intelligence agencies’ claims of Russia’s involvement for months, long before he saw the classified information Friday.

Just hours before he was briefed, Trump dismissed the assessment and told The New York Times the focus on Russia’s involvement is a “political witch hunt” by adversaries who are embarrassed they lost the election. “They got beaten very badly in the election,” Trump said. “They are very embarrassed about it. To some extent, it’s a witch hunt. They just focus on this.”

After finally seeing the intelligence behind the claims of the outgoing Obama administration, Trump released a one-page statement that did not address whether Russia sought to meddle. Instead, he said, “there was absolutely no effect on the outcome of the election.”

The top U.S. intelligence official, James Clapper, told Congress on Thursday that intelligence agencies had no way of gauging what influence this meddling had in the outcome of the election. It was unclear Friday what evidence Trump had to support his claims.

Trump acknowledged in his statement that “Russia, China, other countries, outside groups and people” are consistently trying to hack U.S. networks, including the Democratic National Committee’s.

He said, as did the intelligence report, that “there was no tampering whatsoever with voting machines.”

Trump said that as president he would appoint a team to develop a plan to “aggressively combat and stop cyberattacks.”

Before the intelligence agencies completed their assessment, Obama announced sanctions against Russia late last year. Trump has not said whether he will undo them once he takes office.