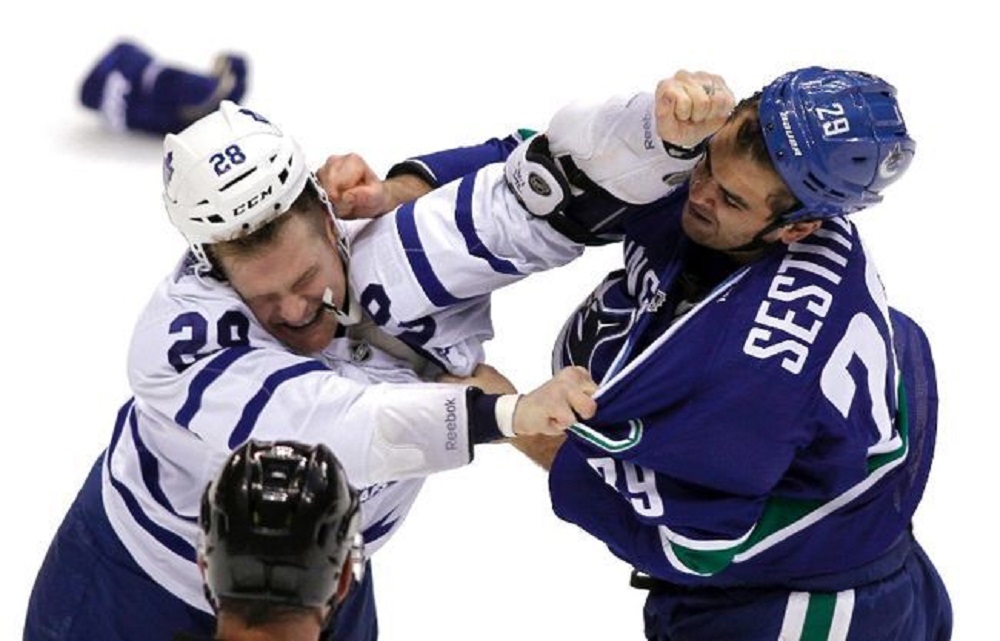 Don’t look now, but the Vancouver Canucks aren’t actually dead in the water when it comes to the Pacific Division standings. Furthermore, the Toronto Maple Leafs have enjoyed some extended success that has brought them back in the playoff picture in the Eastern Conference.

Following NHL action on Friday night, when the Canucks both hosted and defeated the Calgary Flames, Vancouver have won six straight. They’re still toward the bottom of the divisional standings, however, the Canucks are only five points back of the first-placed San Jose Sharks. Furthermore, Vancouver currently holds a Wild Card position as the midway point of the NHL season looms.

That latter point promises to be one that injects some hopes into Vancouver’s fan base. The season seemed to be a write off in November, however, even a Pacific Division title can’t be discounted at the present moment for a couple reasons. Firstly, it’s way too early in the season for any team except for the bottom dwellers to really wave a white flag when it comes to divisional contention. We need only to look back at last season where both Anaheim and Florida made mid-season charges that culminated in divisional titles as cases in point. Secondly, the Pacific Division doesn’t really have an elite team as of yet. One may yet emerge but Anaheim, with 50 points on the season to date, is the weakest of the four division leaders heading into the weekend.

Vancouver’s start to the season back in October was a little head turning as they won four straight to start the season. However, they faded that hot start quickly and did not do much until recently to garner any attention. A point to note is that their six recent wins have not been against the highest competition. However, they have been handing it to their divisional rivals of late, and that has put them back on the radar. With three playoff spots guaranteed in the Pacific Division, you have to think that the other teams in the thick of things would be happier with Vancouver out of the picture. The Canucks will be looking to keep the pressure on their rivals on Saturday night when Vancouver are in Alberta to play the Flames again (7 pm PT/CBC).

The Toronto Maple Leafs also won on Friday, a 4-2 victory over the New Jersey Devils. Toronto play in the Atlantic Division where the Montreal Canadiens, as ten-point leaders, will be tough to catch. However, the Leafs are 7-1-2 in their last ten games, and that has seen them nab third spot in the Atlantic. It’s about six weeks too early to seriously talk about games at hand, but Toronto do hold three over fourth-placed Boston, and that’s a nice cushion as the second half of the season approaches. Toronto host Montreal on Saturday night’s Hockey Night in Canada telecast (7 pm ET/CBC), a game with some swing potential. If Toronto does entertain hopes of challenging for the division, they’ll look a lot more in contention facing an 8-point deficit than a 12-point one.

Last season saw all Canadian teams miss the NHL playoffs. If the regular season started today all Canadian teams, except the Winnipeg Jets, would actually be in the post-season. There’s bound to be some juggling going forward, but it wouldn’t be surprising at all if the 2017 Stanley Cup playoffs featured four or more Canadian-based franchises after a season of futility in 2015/16.