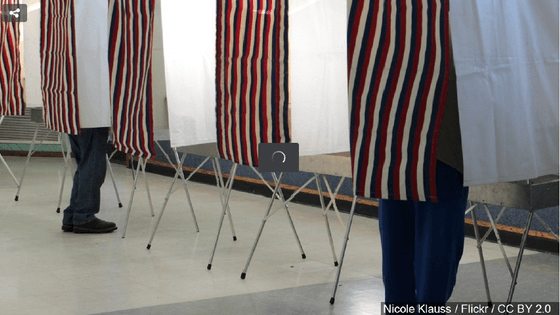 Every four years we know that we’ll hear the same complaints about how the presidential primary system has failed Americans and needs to be overhauled. Everyone from Bill Maher to people in the Oregon militia (you remember them, the group that didn’t have a name, but have just been arrested at a traffic stop). Arguments range from it’s too fragmented; it gives too much power to a few states, it drags out the process to it doesn’t represent the nation.

For all its flaws, however, the primary system is still better than most alternatives. It’s a big improvement over the smoke-filled room conventions from the mid-1900s, and it’s arguably superior to an everyone-votes-at-once replacement, as we’ll explore below.

Our friends at Inside Gov runs down the most common criticisms of the current system, testing the legitimacy of each one.

Critique #1: Early states aren’t representative of America (ex: too white), yet they hold the majority of the power.

Iowa and New Hampshire, the first two states on the primary calendar, are indeed far whiter than the nation as a whole. While it helps that the typical third state — South Carolina — features strong African-American representation, it doesn’t fully make up for the problem.

Note that the U.S. Census asks separate questions for “race” and “ethnicity.” Because “Hispanic” and “non-Hispanic” are categorized as “ethnicity,” they are not broken out in the above chart.

Despite these issues, however, the state-by-state primary still broadens the political conversation, rather than limiting it. Given the culture and demographics of each early state (compare evangelical Iowa to blue collar New Hampshire to consistent South Carolina), several different candidates can compete.

This gradual march to the nomination ensures that America hears from a variety of candidates, each with a week of extra attention heading into their most relevant primary. By the end of the primary season, we’ve had a chance to carefully consider a dozen different perspectives. For some candidates, just influencing the national conversation is a big win, and the current primary system encourages this dialogue.

Critique #2: Since presidential candidates are competing to lead the entire country, the whole nation should vote at once, rather than state by state.

On paper, a national, all-party-members-vote-at-once primary makes sense. You would avoid all the unexpected momentum swings of individual wins, sidestep the heavy influence of early states and create a more representative sample of the nation. Everybody wins.

Or do they? The more we consult history, the more it seems the rich, popular or famous would benefit from this setup, at the expense of the unknown and up-and-comers.

Consider the Democratic primary in 2004, when the gregarious Vermont Gov. Howard Dean led national polls for months while softer-spoken candidates like then-Sen. John Kerry out of Massachusetts struggled to gain recognition.

Or look at former New York Mayor Rudy Giuliani, who led the 2008 GOP national polls for most of 2007, riding the strength of his post-Sept. 11 record and New York media appearances. McCain, a longtime senator out of Arizona, struggled all year to elbow his way in.

Finally, recall how then-Sen. Barack Obama out of Illinois trailed then-Sen. Hillary Clinton of New York leading up to the 2008 Democratic primaries. Clinton’s lead was significant before Obama drew even with her once the individual states started voting.

In each instance, the celebrity candidate wound up losing to an underdog. As individual states got to know Kerry, McCain and Obama, each surpassed his rival’s popularity to grab the nomination.

That’s not to say up-and-comers always fare better than famous candidates. In 2000, both Vice President Al Gore and then-Gov. George W. Bush out of Texas claimed early leads and cruised to their respective nominations, despite several upstart challengers.

The state-by-state primary doesn’t guarantee victory for any one candidate. But it does give unpopular candidates a chance, resulting in more presidential hopefuls and, therefore, more voter choice. A single-day, a full nation primary would likely discourage most long-shot candidates while heavily favoring the famous ones.

Critique #3: The current process is way too long and expensive, and it does little to minimize the polarization plaguing American politics.

It’s easy to roll your eyes at all the money, time and political maneuvering poured into the primaries. Yes, we see the same thing during the general election, but at least, that’s only two candidates, each a step away from the White House. In the primaries, you’ll see as many as 20 candidates scampering across Iowa, New Hampshire, and South Carolina, despite the fact that over half don’t have a real shot at their party’s nomination.

While some of this activity can be contrived and exhausting, it can also serve as a good audition for the presidency. Serious candidates must fill their schedules from dawn to dusk, speak to crowd after crowd of everyday Americans, all while facing enormous criticism from rival campaigns and constant coverage by the press.

In other words, the slog of the primaries ensures each candidate is determined enough — and durable enough — to actually weather the day-to-day stressors of America’s highest office.

But there’s a side effect of this drawn-out process: a tendency toward extremism. In order to win their party’s nomination, candidates must often pay lip service to ideological extremes, given that strong partisans are the most likely voters to come out for primary elections, particularly in the early states.

This system can force otherwise-moderate candidates (recall Republican Mitt Romney’s infamous assertion in 2012 that he was “severely conservative” while governor of left-leaning Massachusetts) to commit to far-right or far-left views, paving the way for a more polarized (and ugly) general election.

America could potentially improve on the polarization by changing the order of the state primaries every four years. Start with Arizona in 2020. Then kick things off with Oregon in 2024. Every new election season, candidates would need to change their gameplan based on the new mix of early states. Over the course of three cycles, a wide variety of demographics would enjoy a position of prominence. And, in theory, including a greater number of moderate early states might help dampen the effects of primary extremism.

Unfortunately, the laws don’t make such a change so simple, and you can bet Iowa and New Hampshire would have a problem with the proposal. Indeed, the two states have fought aggressively to keep their “first in the nation” statuses.

Even without overhauling the process, however, the state-by-state primary is already a pretty good system. It’s a modern adaptation that helps expand our ideological perspectives, broaden the field and test presidential readiness.