Handsome Chris Pine is a landlubber. He still takes to the sea in his new film “The Finest Hours,” where he plays real-life coast guard hero Bernie Webber, who in 1952 jumps in his boat and saves the men on an oil tanker during a nor’easter in 1952. Warp speed, Pine will be back in the captain’s seat this summer in “Star Trek: Beyond.”

Our friends at Threemorrow caught up recently with Chris to ask him 3 Questions about “The Finest Hours” and a couple of other things. Naturally, a “Star Trek” question was thrown into the mix. 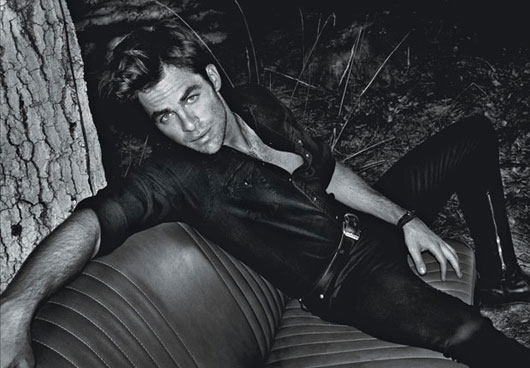 Q1: You play the real-life Bernie Webber, a quiet, unassuming hero. What was it like to get into his skin?

Chris Pine: “My touchstone was fear and anxiety. I know a lot about those two emotions. Bernie was wide-eyed, hurt along the way and insecure. I know about those feelings, too. I just turned up the volume on those emotions. Bernie grew up in a family with a very strong father and brothers who were honored in the war. Bernie wasn’t. He probably felt that lack of rays of sunshine from his Dad. He always felt in the shade. He was the little puppy who never got the love. At least that was my Freudian analysis.”

Q2: You spend a lot of time out at sea in this movie. Are you a water person? 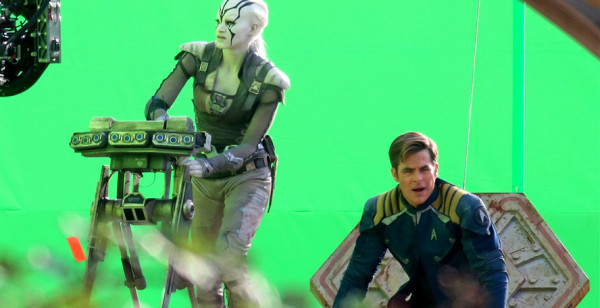 Q3: Between this movie and the upcoming “Star Trek: Beyond,” it seems like you’re always working. Do you like it that way?

CP:   “It’s all about action and cut for me. Then I’m like, ‘Let’s talk about that cool Waylon Jennings song on the radio.  I love my job. I’m in the .0000 percent of actors who work steadily, thank God. I get great gigs, meet awesome people and get paid well.”