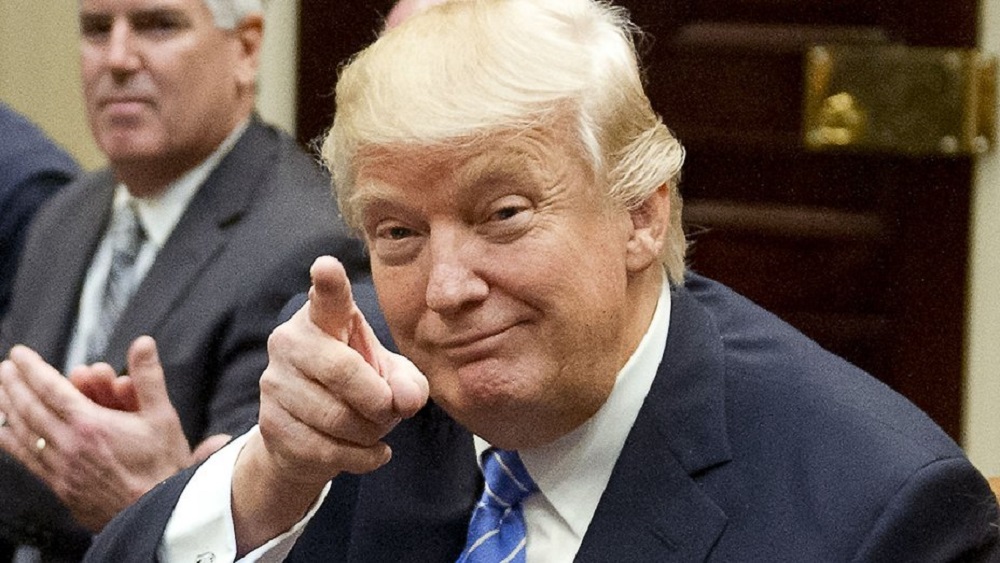 Week 1 into the Donald Trump administration there was plenty of chaos, and his supporters simply said that he needed time to adjust into this job as he’s totally inexperienced at it.

Week 2, chaos continues to reign while his supporters repeat themselves. There’s a funny feeling that they’ll be saying this in Week 56.

Only 109 people out of 325,000 were detained and held for questioning. Big problems at airports were caused by Delta computer outage,…..

Like the first week, Trump spent the early part of the week lashing out and defending his weekend actions on Twitter. He wisely chose to make his Supreme Court nomination early in the week to change the media conversation. He also fired the Attorney General for not agreeing and enforcing is ban, gave an awkward message for the first day of Black History Month and then used the National Prayer Breakfast to slam Arnold Schwarzenegger, while also promoting his “Celebrity Apprentice.”

“I want to just pray for Arnold if we can,” Trump jokingly told an audience of more than 2,000 people.

He did get former president Barack Obama out with a statement on his ban.

Donald Trump is playing a great job at creating so much tumult, the media doesn’t quite know what to latch onto yet. Give them time; they’ll figure out his playing style. 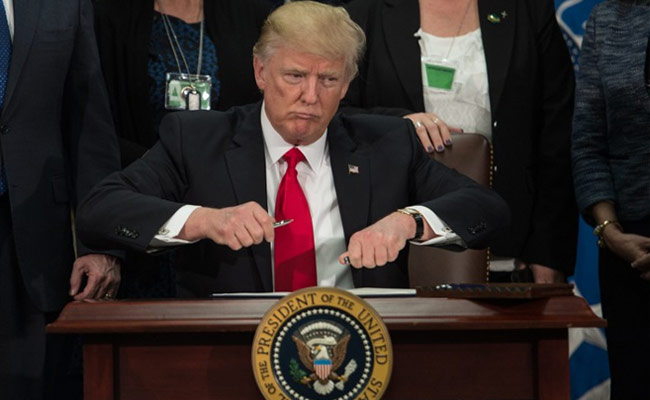 President Donald Trump’s spats with U.S. allies as close as Mexico and as unlikely as Australia are leaving his new secretary of state and others in his Cabinet to clean up a lot of potential damage. It’s a good-cop, bad-cop dynamic that could define America’s foreign policy for the next four years.

Trump’s first two weeks on the job have rattled foreign friends and foes alike – and even members of his own party – starting with his order to temporarily halt all refugee admissions as well as immigration from seven mainly-Muslim countries. Concern only escalated the past few days with his personal dust-ups with foreign leaders and declaration that Iran is now “on notice” for possible American action.

“It’s time we’re going to be a little tough, folks,” Trump said at a National Prayer Breakfast on Thursday, as unseemly details circulated about his private phone calls with the Mexican and Australian leaders. “We’re taken advantage of by every nation in the world virtually. It’s not going to happen anymore.”

Trump’s blunt comments came a day after word emerged of a tense discussion with Australian Prime Minister Malcom Turnbull, in which the new U.S. president lambasted an Obama-era deal to resettle some 1,600 asylum-seekers.

Diplomatic dysfunction was clear. Minutes after the U.S. Embassy in Canberra said the deal was still on, Trump seemed to contradict that message, tweeting: “I will study this dumb deal!”

On the other side of the globe, new details emerged about strained ties between the U.S. and its southern neighbor. There was already irritation on both sides following Mexican President Enrique Pena Nieto’s cancellation of a trip to Washington after Trump made the visit contingent on Mexico agreeing to pay for a U.S. border wall.

In a follow-up phone call, Trump warned Pena Nieto that he was ready to send U.S. troops to stop “bad hombres down there” if Mexico’s military can’t control them, media outlets learned. The White House said the comments were made in a “lighthearted” manner. But administration officials described the calls with both leaders as contentious.

At the United Nations, Trump’s U.N. ambassador, Nikki Haley, said the U.S. would be “taking names” of countries that “don’t have our back.” His national security adviser, Michael Flynn, made a surprising appearance at the White House daily briefing to “officially” put Iran “on notice” after its ballistic missile test. Trump topped Flynn Thursday by saying “nothing is off the table” when it comes to a potential American response.

Rex Tillerson, in his first day as secretary of state, implicitly acknowledged in an address to staff that many U.S. diplomats oppose some of Trump’s positions. Without criticizing that, he called for unity.

“Honesty will undergird our foreign policy, and we’ll start by making it the basis of how we interact with each other,” Tillerson said. “We are human beings first.”

The former Exxon Mobil CEO offered an olive branch to hundreds of diplomats who signed a “dissent cable” challenging Trump’s order on immigration and refugees, affirming that “each of us is entitled to the expression of our political beliefs.” While noting the nation’s “hotly contested” election campaign, Tillerson stressed that “we cannot let our personal convictions overwhelm our ability to work as one team.”

Defense Secretary Jim Mattis sought to project the same sentiment internationally in South Korea on Thursday, in his first official trip abroad. He said the president’s message was “about the priority that we place on this alliance between our two nations,” seeking to reassure an ally that was unnerved by Trump the candidate when he said it should take on greater self-defense responsibility.

While Trump drives foreign policy from the White House, he appears to be tasking his top Cabinet officials with the responsibility of follow-up reassurance. They’re also fielding questions from allies about his taboo-shattering language and trying to clarify the true U.S. positions behind the rhetoric.

Though Tillerson himself lacks experience as a diplomat, he portrayed himself in his Senate confirmation hearing as a level-headed tactician with foreign policy views within the Republican mainstream. He spent his first day at work meeting with Jordan’s King Abdullah II and German Foreign Minister Sigmar Gabriel.

For many of Trump’s supporters, each new antagonistic tweet, statement or executive order has been a fresh measure of proof that he intends to shake up a foreign policy establishment they reject and fulfill his promise to put “America first.” They argue he is reasserting American strength after the weakness of the Obama administration.

After winning the presidency, Trump quickly ruffled China, a chief American economic and political rival, with a call to the president of Taiwan, breaking longstanding U.S. policy.

Trump’s first meeting with a foreign leader, last week with British Prime Minister Theresa May, had been a bright spot in his diplomatic debut. But his immigration order brought thousands of protesters to London’s streets labeling her “Theresa the Appeaser.” Foreign Secretary Boris Johnson then called Trump’s order “divisive, discriminatory and wrong.”

Iran has been formally PUT ON NOTICE for firing a ballistic missile.Should have been thankful for the terrible deal the U.S. made with them!

Trump’s warnings to Iran prompted a more hostile response from Tehran on Thursday.

“It is not for the first time that a naive person from the U.S. poses threats to Iran,” said Ali-Akbar Velayati, foreign adviser to Ayatollah Ali Khamenei, Iran’s supreme leader. According to Iran’s state-run IRNA news agency, Velayati said: “The U.S. will be the final loser.”

Meanwhile, it fell to Sen. John McCain, a hawkish Republican, to smooth relations with Australia. McCain said he phoned Australia’s ambassador to affirm “unwavering support for the U.S.-Australia alliance.”