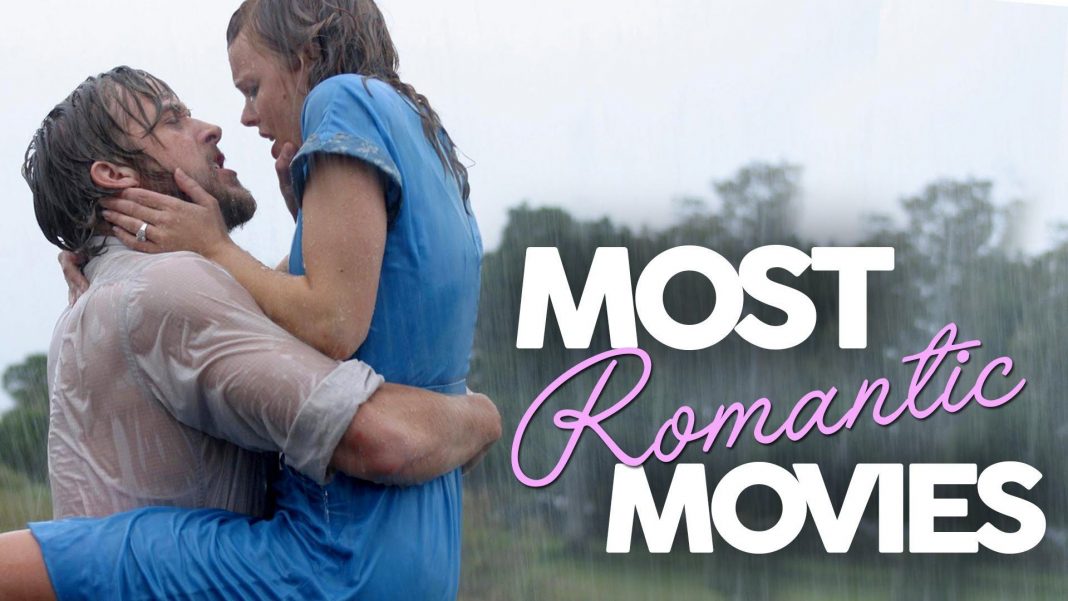 Just as we have gotten over the holidays, Valentine’s Day creeps up and is upon us already. As most people are aware, especially those with a significant other, Valentine’s Day is intended to be the most romantic day of the year.

Now if you’re more on the sardonic side when it comes to this romantic day, you might enjoy the Top 10 movie that will make you glad to be single that my colleague Shane McLedon pulled together or his Clueless Man’s Guide to Valentine’s Day. If you’re looking for a laugh, I highly recommend them.

And just like every other holiday, Hollywood has ensured to capitalize on the emotions behind it and is constantly releasing romantic movies for audiences to enjoy (or be dragged to). Admittedly, I am in the latter group, as romance is not particularly a genre that I gravitate towards. However, over the years I have seen my fair share of love-filled movies and have generated a list of 10 of my top picks from the genre.

Comedy legend Bill Murray stars in the movie and evidently does an awesome job with portraying the sarcastic reporter. Eventually, the story develops into a love tale between him and his co-worker Rita Hanson (played by Andie MacDowell). So if it’s a romance film you seek, you might as well choose one with Bill Murray in it.

It is very rare that a romantic comedy like Sweet Home Alabama ever wins me over, but there is something about this film that I have always liked since the first time I watched it. To this day, I am not exactly sure what it is.

The movie is about New York fashion designer Melanie Carmichael (Reese Witherspoon), who must venture off to her hometown of Alabama to divorce her redneck husband. She is finally forced to do so after she is proposed to by her big-city boyfriend and realizes she must be officially divorced if she is going to get married again. However, once she gets there, she isn’t quite ready to let go of her small town past.

While I attempted to steer away from the typical romance films (i.e. The Notebook), I couldn’t get myself to omit Titanic from this list. The movie tells the true story of the R.M.S. Titanic; a luxury liner known as the “ship of dreams” which eventually led to over 1,500 deaths after sinking in the North Atlantic Ocean in 1912.

While Leonardo Dicaprio may still be one of the most sought-after actors in Hollywood, he is even that much more appealing as a young, light-hearted Jack Dawson in this film. While it is still very much a romance movie, it also has a lot of action and excitement, which keeps it entertaining for its 3.5-hour duration.

Starring a young Tom Hanks, Sleepless in Seattle is basically the fairy tale story of the “Missed Connections” section in your local newspaper. The story begins when Sam (Tom Hanks) moves to Seattle with his son. Hesitantly, Sam ends up talking on a relationship talk-radio program, as his son forces him to try and find a new wife (as he is a widow). Fortunately, Annie Reed (played by Meg Ryan) is listening and falls in love with Sam’s vulnerability. Although she is engaged, Annie ends up writing Sam a letter to get him to meet her on Valentine’s Day.

As the first collaboration between Johnny Depp and Tim Burton, this movie was just the start of a very effective duo. Young Johnny does a great job embodying an isolated character that has to let his guard down in order to find love and acceptance.

The movie is about Edward, a young man who is left to fend for himself after his mad scientist creator dies. Unfortunately, Edward is not the average twenty-something year old, as he was left with scissors for hands. However, Edward simply wants the acceptance that everyone else in his neighborhood takes for granted and eventually garners the attention of a local woman who sees beyond his relatively frightening appearance.

Overall, the movie takes a gothic, out-there concept and somehow presents it in a way that makes viewers very caring and sympathetic for the characters (especially Edward).

Who wouldn’t want to see the handsome Brad Pitt at basically every life stage? This movie does just that – as it is about Benjamin Button, a man/boy who is born with an unusual condition that causes him to age backwards. He enters the movie in his 80s and continues to age backwards while still trying to create connections and love with those around him.

Fortunately, Benjamin winds up reconnecting with a woman he knew when he was older (and she was younger). Aware of his condition, Daisy (Cate Blanchett) is determined to make a life with Benjamin, despite the obstacles that arise from their ever-growing gap in age.

Being a romance film, Benjamin Button has an interesting underlying concept (based on the classic story by F. Scott Fitzgerald), and I think this sets it apart from most of the cookie-cutter movies in the genre.

Based on an incredible true story, The Theory of Everything tells the tale of astrophysicist Stephen Hawking. Beginning as a young, healthy student at Cambridge, Stephen ends up getting a life-changing diagnosis at the age of 21. Meanwhile, he also falls in love with a fellow student, Jane. However, Stephen must overcome his own insecurities and limitations to continue to pursue his curiosity and thirst for knowledge, as well as his life with Jane.

This movie was how Eddie Redmayne won me over, as he undoubtedly gives an amazing (award-winning) performance as Hawking. He is able to bring such authenticity to a role that is so unique and challenging in its own ways. It is also a pretty incredible love story, as Stephen met Jane as a normal young-adult and was still with her, as his condition got dramatically more severe.

As much as Hollywood can (and does) try, it just isn’t able to match its latest romantic comedy efforts with the 1984 classic Sixteen Candles. The movie follows Samantha (Molly Ringwald), whose 16th birthday is unfortunately forgotten on the eve of her older sister’s wedding. In addition, Samantha is vying for her school’s hunk Jake’s attention, while only managing to get hit on by a geeky sophomore. While Samantha’s story is the main focus of the film, it also engages the audience in some supporting characters’ interesting and humorous failures/triumphs.

This movie does an excellent job of presenting the teenage years in an authentic and entertaining way. Instead of feeling overly scripted and fairytale-esque, this movie brings audiences a romance story that actually feels warranted. By the end of the movie, you aren’t rolling your eyes at Samantha’s victories, but rather happy to see a young high-school girl finally get her moment.