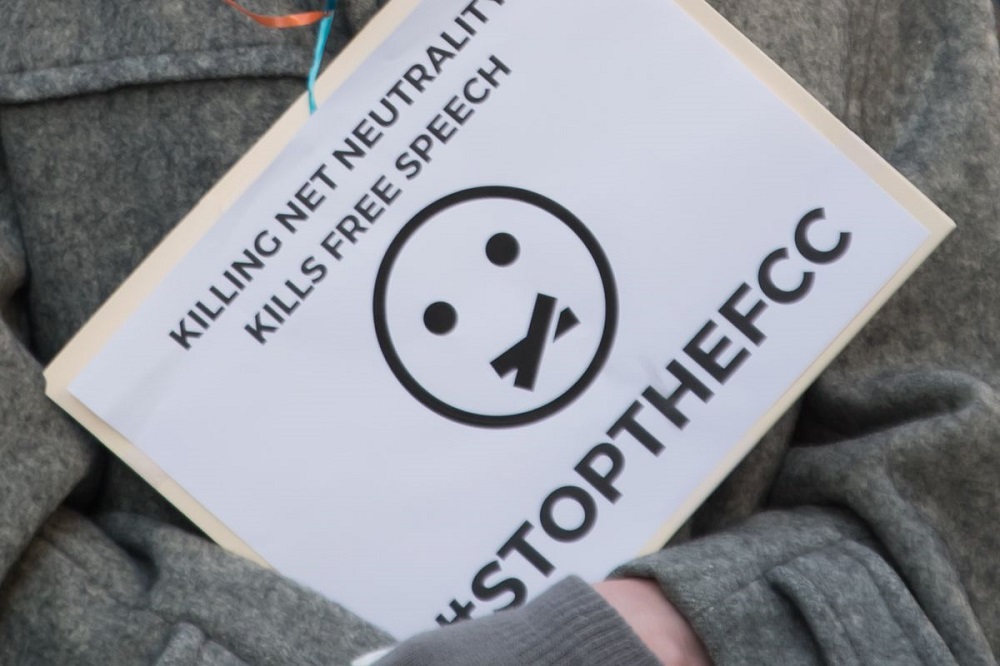 Thursday is when the big fight against the FCC repealing net neutrality takes places, and as Ajit Pai is expected to get the votes to knock out the Obama era internet rule, there will be plenty of lawsuits coming.

It’s not known if the lawsuits will help to hold off the net neutrality rollback, but the fight has proven to be a worthy one as we’ve broken it down in a previous article.

“Net neutrality” regulations, designed to prevent internet service providers like Verizon, AT&T, Comcast and Charter from favoring some sites and apps over others, are on the chopping block. On Thursday, the Federal Communications Commission plans to vote on a proposal that would not only undo the Obama-era rules that have been in place since 2015, but will forbid states to put anything similar in place.

Here’s a look at what the developments mean for consumers and companies.

WHAT IS NET NEUTRALITY?

Net neutrality is the principle that internet providers treat all web traffic equally, and it’s pretty much how the internet has worked since its creation. But regulators, consumer advocates, and internet companies were concerned about what broadband companies could do with their power as the pathway to the internet — blocking or slowing down apps that rival their own services, for example.

Under the rules, internet service providers are required to treat all online content the same. They can’t deliberately speed up or slow down traffic from specific websites or apps, nor can they put their own content at an advantage over rivals.

To take a classic example, this means Comcast can’t just choose to slow down a service like Netflix to make its own streaming video service more competitive, nor can it try to squeeze Netflix to pay more money to be part of a so-called internet fast lane.

Why is net neutrality such a big deal?

If there’s one thing that both sides can agree on, it’s that the internet is increasingly central to our lives. Any change to how it’s regulated is a hot-button issue. (Remember the uproar over repealing internet privacy protections earlier this year?

WHAT DID THE GOVERNMENT DO ABOUT IT?

The FCC in 2015 approved rules, on a party-line vote, that made sure cable and phone companies don’t manipulate traffic. With them in place, a provider such as Comcast can’t charge Netflix for a faster path to its customers, or block it or slow it down.

The net neutrality rules gave the FCC power to go after companies for business practices that weren’t explicitly banned as well. For example, the Obama FCC said that “zero rating” practices by AT&T violated net neutrality. The telecom giant exempted its own video app from cellphone data caps, which would save some consumers money, and said video rivals could pay for the same treatment. Pai’s FCC spiked the effort to go after AT&T, even before it began rolling out a plan to undo the net neutrality rules entirely.

A federal appeals court upheld the rules in 2016 after broadband providers sued.

Big telecom companies hate the stricter regulation that comes with the net neutrality rules and have fought them fiercely in court. They say the regulations can undermine investment in broadband and introduced uncertainty about what were acceptable business practices. There were concerns about potential price regulation, even though the FCC had said it wouldn’t set prices for consumer internet service.

So how will internet providers be regulated if net neutrality is repealed?

The FCC plans to do away with rules barring internet providers from blocking or slowing down access to online content. The FCC would also eliminate a rule barring providers from prioritizing their own content.

In the absence of a firm ban on these actions, providers will be required to publicly disclose any instance of blocking, throttling or paid prioritization. It will then be evaluated based on whether or not the activity is anti-competitive.

As part of this shift, oversight of internet protections will shift from the FCC to the Federal Trade Commission.

Oversight of internet providers would instead shift to the Federal Trade Commission.

Maureen K. Ohlhausen, the acting head of the FTC, said in a statement Monday that the agency is “committed to ensuring that Internet service providers live up to the promises they make to consumers.”

But consumer advocacy groups are less than optimistic.

“Not only is the FCC eliminating basic net neutrality rules, but it’s joining forces with the FTC to say it will only act when a broadband provider is deceiving the public,” Chris Lewis, VP at Public Knowledge, a nonprofit that focuses on the open internet, said in a statement this week. “This gives free reign to broadband providers to block or throttle your broadband service as long as they inform you of it.”

Internet companies such as Google have strongly backed net neutrality, but many tech firms have been more muted in their activism this year. Netflix, which had been vocal in support of the rules in 2015, said in January that weaker net neutrality wouldn’t hurt it because it’s now too popular with users for broadband providers to interfere.

And how will repealing net neutrality affect me?

First, it’s important to say what won’t happen: Billion-dollar services like Netflix are not going to disappear overnight without net neutrality. They have large enough audiences and bank accounts to survive in a changing regulatory landscape.

Instead, net neutrality advocates worry how repeal will impact the next Netflix. Upstart companies may struggle to strike deals with providers and pay up to have their content delivered faster. That could fundamentally alter the future internet landscape.

The repeal could change how customers are billed for services, both for good and bad. T-Mobile, for example, was criticized by net neutrality supporters for effectively making it cheaper for customers to stream videos from Netflix and HBO, putting other video services at a disadvantage.

Without net neutrality, internet providers may pursue similar offers more aggressively, which would likely be viewed as a positive by consumers looking to save money on their streaming media.

Yet, some fear it’s also possible internet providers will one day begin charging customers more to access services like Netflix that are currently included as part of your monthly bill.

Although the FCC’s two Democrats said they would oppose the proposal, the repeal is likely to prevail as Republicans dominate 3-2. The vote for net neutrality in 2015 was also along party lines, but Democrats dominated then.

In the long run, net-neutrality advocates say undoing these rules makes it harder for the government to crack down on internet providers who act against consumer interests and will harm innovation. Those who criticize the rules say undoing them is good for investment in broadband networks.

But advocates aren’t sitting still. Some groups plan lawsuits to challenge the FCC’s move, and Democrats — energized by public protests in support of net neutrality — think it might be a winning political issue for them in 2018 congressional elections.