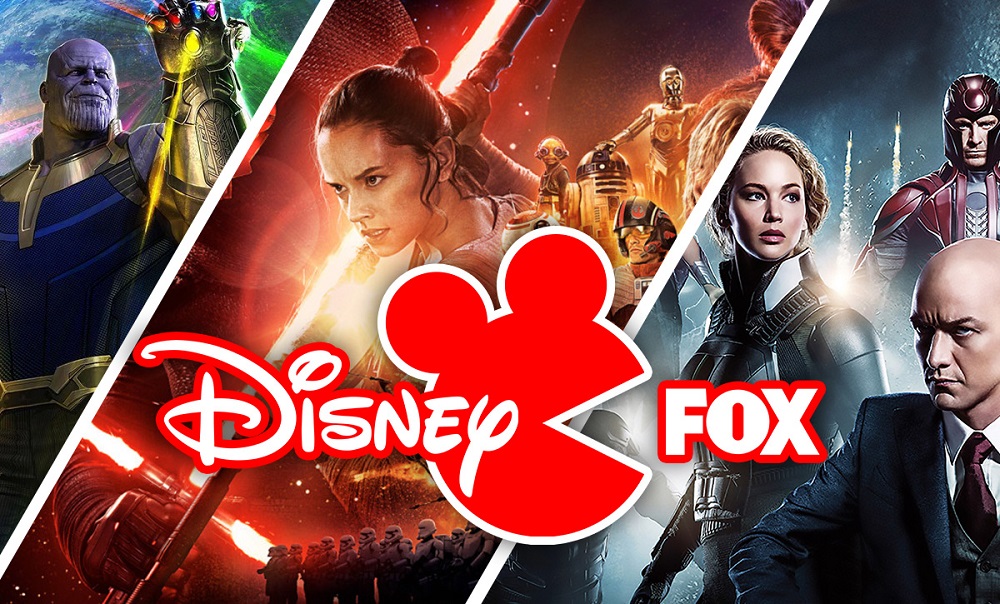 The X-Men and the Fantastic Four are finally back home with Marvel. They never really left Marvel but their film rights did, and now they’re back after Disney bought 21st Century Fox. If you can’t beat them, buy them. Just when Marvel’s mutants come closer to being bought back, Fox manages to come up with a hit that revitalizes the mutant franchise like X-Men: First Class, Deadpool, and Logan. Not anymore. They’re already back and that unknown Marvel Phase 5 could just get more interesting. If Disney and Marvel Studios keep doing a good job, I’ll be geeking out ‘til my sixties.

But the mutants and the first family of superheroes aren’t the only things that Disney acquired. Fox is a huge company with hundreds of properties under its belt turning Disney from media giant to gigantic. After the purchase, Disney gets the following and the shows under them: 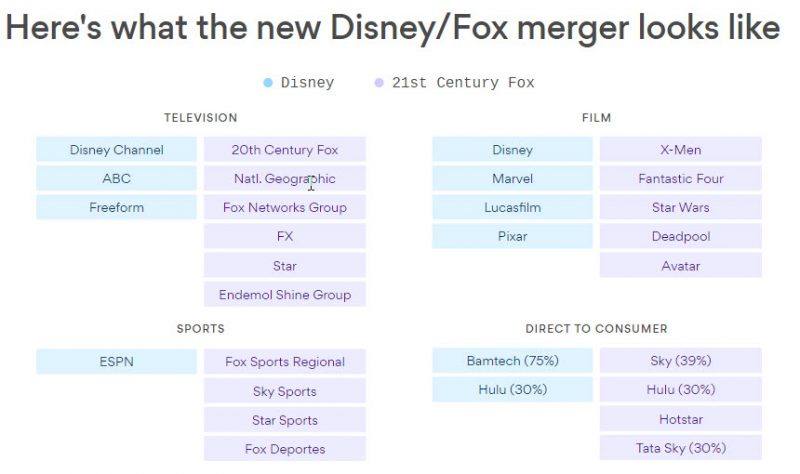 The transition could still take some time as jobs have to be properly shuffled, kept or dissolved. While Disney now owns the rights to X-Men, Fantastic Four, and Deadpool, these properties may not immediately mix with the MCU. From a commercial standpoint, Disney might keep some popular series running such as Legion and The Gifted. Their next seasons, however, might be cut short. Any X-Men film still in production or in the finishing stages such as Deadpool 2, The New Mutants, X-Men: Dark Phoenix and Gambit might still be shown in theaters before the mutants can be integrated into the MCU. Though the M word could now probably be used in the Hulu series The Runaways, to describe the character Molly Hernandez as well as other upcoming Marvel TV Series. No more retconning mutant characters as Inhumans.

Aside from Legion and The Gifted, Disney would also now own series like The Simpsons, Family Guy, American Dad, American Horror Story, Gotham (Disney now has a hand in Batman), The X Files, Lethal Weapon, Empire, The Exorcist, and Lucifer. Not exactly Disney family-friendly TV. For these, Disney might keep the Fox brand and channel. There’s just so many that it’s easy to understate the significance for TV alone. For films, Disney gets the Alien franchise, Avatar and its upcoming sequels, Planet of the Apes, the Ice Age franchise, the Taken franchise and Diary of a Wimpy Kid among others. The acquisition timing is fortunate as the house of mouse gets a load of kid-friendly animation and live content for their upcoming streaming service. The fox can keep the rest.

So yes, the MCU might have to wait for a few more years before the X-Men proper can join in until all upcoming mutant-related content are shown in theaters. They’ll also have to wait a couple more years until the public forgets the weird FoX-Men timeline. It could take longer though if some of those films turn out to be runaway hits with the general public despite fanboy outcry. Disney can’t just turn away from Fox money. Deadpool should be easy though as it’s unclear what timeline he’s in. While waiting, it would be nice if Disney could re-run a remastered X-Men: The Animated Series on the Disney Channel to get today’s kids up to speed on some classic X-Men stories and characters. But when the X-Men do come back, the MCU will be able to churn out great films for another two decades. Someone clone Kevin Feige before he loses interest.

The Fantastic Four is another story as people are ready for a reboot after the Fant4stic debacle. There was almost a bump in the road since it turned out Fox never owned the film rights at all; Constantin Films did. Though that’s not really a problem since it’s Fox that kept Marvel Studios from approaching Constantin films. Middleman gone, Marvel Studios can now push a deal to Constantin similar to Sony or Universal. The MCU after Infinity Gauntlet is going to be quite amazing. Marvel Studios can immediately come up with separate Fantastic Four, Doctor Doom and Silver Surfer films culminating in a film where they face off against Galactus.

In Marvel Comics, they may have already revitalized the X-Men books, but this development could inspire them even more. The Fantastic Four’s return is inevitable, and it would be a great event (not a major crossover) once the first family officially comes back, and hopefully not too overpowered. A soft reboot of sorts could be done along with other classic characters. Marvel Comics is launching the Infinity limited series that could be a soft reboot. Another reboot should be a charm. Marvel may be kicking a$$ at the movies but is struggling on comics, network TV and animation. While Agents of SHIELD is a great series, it’s on the network death slot, always with an ax overhead while Inhumans turned out to be an embarrassing flop. DC is doing great on the comics side with Rebirth, Doomsday Clock and Dark Nights Metal. The Crisis on Earth X TV crossover is a hit with fans and DC keeps turning out good animated films.

Well, the good news is that there’s a lot of great theatrical entertainment in store for us Marvel fans and perhaps more great TV due to the increased talent pool and resources after the Fox buyout. Well, it’s 20 plus years of superhero content. Whether or not we outgrow it or lose interest will depend on how good or bad the saga of the Marvel Cinematic Universe gets told. 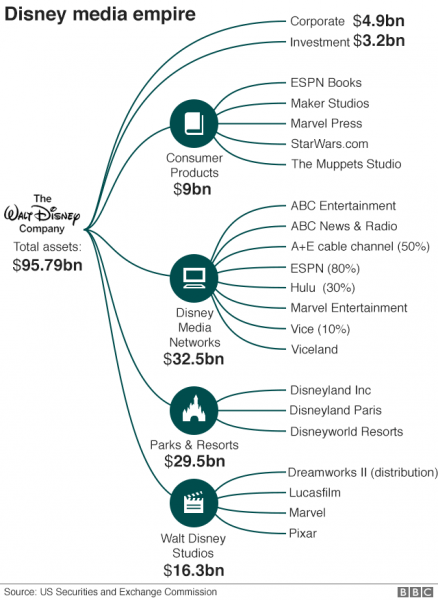 As Disney has quite the media empire already, many have wondered what brought on the $52 billion spending spree, but they knew what they were doing when they chose to let their licensing on Netflix expire. This is a move that will definitely keep Netflix on their toes as Disney has now got a controlling interest in Hulu which they can bulk up with their product or just fold it into a new Disney media streaming service. 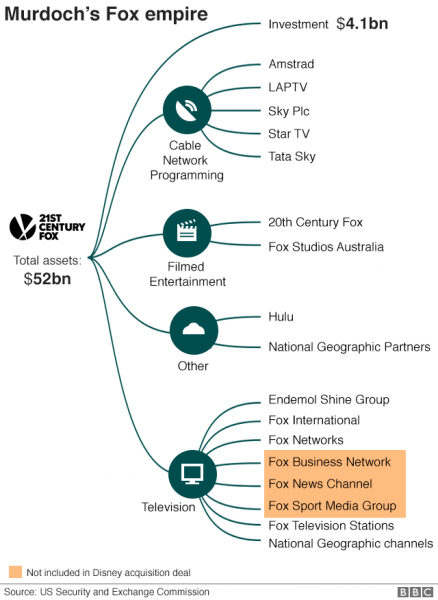 Even President Donald Trump wanted to make sure that FOX News wasn’t included in the sale, but Rupert Murdoch will hold onto its flagship Fox News Channel, Fox Business Network, Fox Broadcasting Company, Fox Sports, Fox Television Stations Group, and sports cable networks FS1, FS2, Fox Deportes and Big Ten Network. Murdoch hasn’t been a fan of the president, but as FOX News has turned into more of a state-run media sounding board for Trump, you can be sure he’ll make sure this purchase goes through.