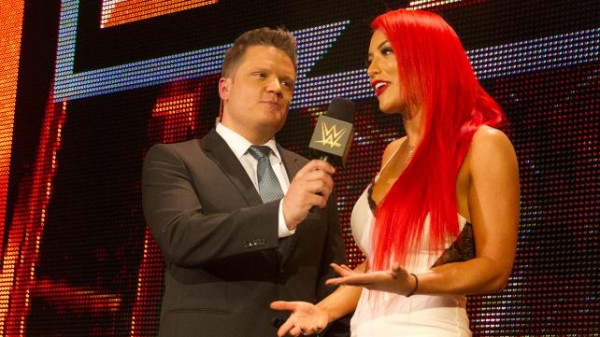 On this week’s episode of “Total Divas,” Nikki and Brie discussed starting a fitness studio together. Nikki asked their brother and sister & law to be involved in it. Backstage at RAW Naomi was preparing for a weekend with her stepchildren. Alicia Fox said Eva Marie was posting videos of her training with Brian Kendrick. Alicia said this didn’t make sense because men and women do different moves in the wrestling ring. Naomi rented a minivan in anticipation of taking care of Jimmy Uso‘s kids. She even rented a bouncy house for them.

Nikki and Brie’s brother said he was setting things up for the twins’ new business, but Brie said he was trying to take over. Jonathan told Eva Marie she was trying to learn wrestling moves that people who have been in the business for years know and that she needs to slow down.

Naomi and her husband John took his kids home after school to see the bouncy castle she rented. JJ, the brother of Nikki and Brie, took them to places he wanted them to consider renting for their fitness studio. Brie said she felt like she was losing control and what she and Nikki wanted for their business. Naomi and John then played with the kids in the house. She had a local zoo employee bring animals to the house for the kids to see. Nikki said Brie was being cold and territorial to their brother because of him looking for places for their fitness studio. 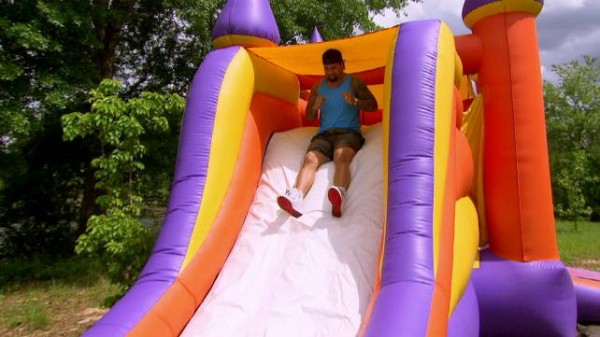 Naomi and John Cena took his kids to ride go-karts and play at an indoor playground. Nikki and Brie discussed their new business while getting pedicures. They argued about plans for the fitness studio. Nikki went to JJ’s house and told him Brie was being a bitch about their new business. Naomi was worried because the mother of John’s kids called to ask how the kids were and then accused him and Naomi of being party parents. JJ went to Brie’s house and told her Nikki was complaining about her. Brie called Nikki and told her JJ was there and that Nikki needed to come over too.

After Naomi spoiled the kids, she told them they had to go home and do their homework. At NXT Takeover, Eva Marie started a new storyline. When Eva Marie came out in front of a live audience the fans booed her and said she can’t wrestle. She said she wanted the fans to be interested in what she’s doing.

When Nikki got to Brie’s house Brie said she couldn’t believe Nikki had gone to JJ about Brie’s behavior. Brie said she and Nikki are the best team around. Eva Marie went to train with Brian Kendrick and told him she wanted to use his finishing move as her own.