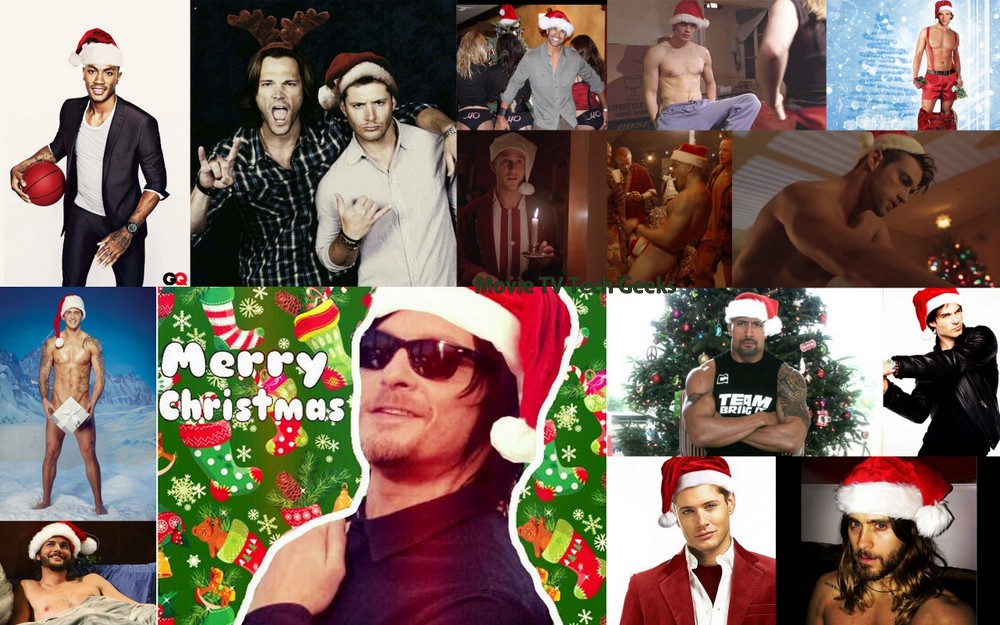 After the crazy past year of election time, it’s sometimes nice to escape into the holiday season, and nothing says holiday like seeing Santa Claus, but even better is seeing that sexy man celebrity working that red and white outfits in ways that the old guy just can’t.

Oh, the holiday season. It brings us so much joy. So much excitement. So much Santa-loving hotness. I mean really, is there anything better than our favorite famous men dressed as Santa? Now there’s a fantasy.

Because I love Christmas and because I can appreciate the beauty of a nice looking man, here is a top ten list of sexy celebrity men dressed wholly or in part as good ole St. Nick. Check out Shane McLendon’s version of the Top 10 Sexy Celebrity Women Dolled Up if this isn’t your taste choice. And I know there may be more than 10, I was reminded about a certain Winchester bro faction that would quickly call me out for forgetting. 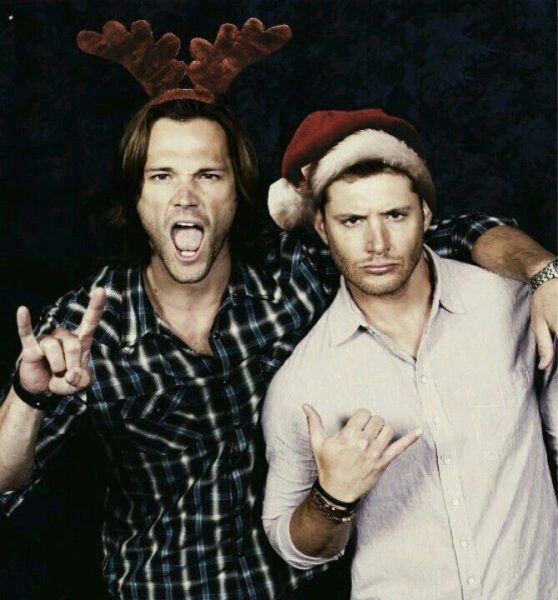 Naturally, we had to include these boys to top off our list in 2016 as Supernatural is into its twelve season. Like a fine wine, these boys have grown so much better with age and now don’t make you feel so creepy finding them sexy. 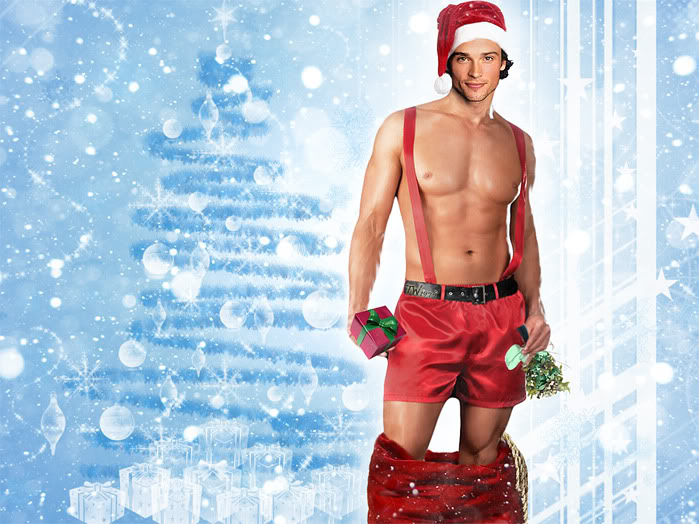 It’s been so long ago that his CW Superman melted our hearts, but the boy, I mean man now, is looking good for the holiday season. And, yes I know, but I just like this picture anyway…

Yes, this Vampire Diaries alum is a beautiful man. Add a Santa hat to his hotness and you have so many reasons to be naughty and nice. He’s super sexy in a “use your imagination” kind of way in the photo, and I love it! That Nikki Reed is one lucky girl. 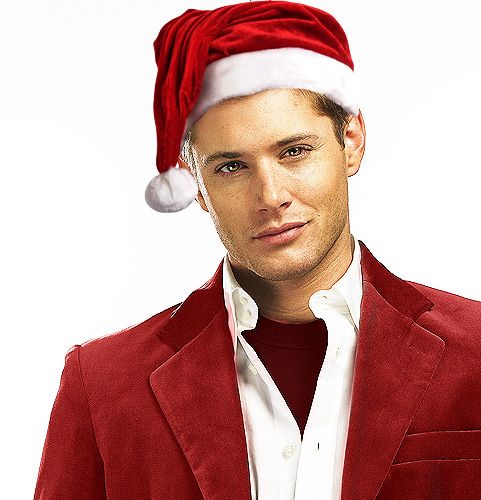 Several #SPN fans sent me this shot when I put a call out on Twitter about everyone’s favorite sexy male Santa celebs and this is a great picture reminding us when Jensen Ackles first came into our homes through that Supernatural world.

Who doesn’t love a man good with his hands? Add in the fact that he is a super basketball player in one of the most beloved cities in the country and you have a damn good combination. Derrick Rose is hot and even though he may not be having the best couple of seasons, we love him in his Santa hat. 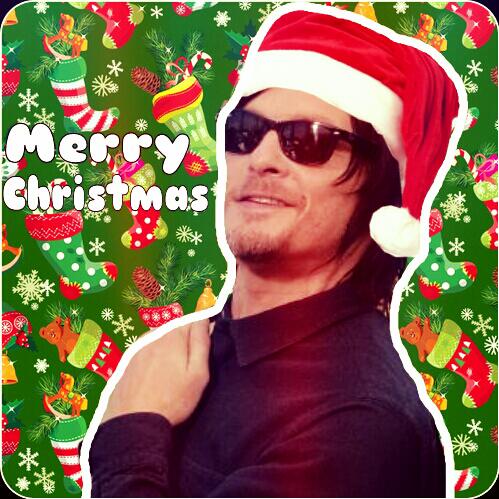 Daryl Dixon from The Walking Dead may not look like many of the other men on my list, but there’s something about his swagger that just oozes sexy.

Oh, Shemar. I have loved you since I was six years old watching you on The Young and the Restless. You can really do no wrong so the fact that you are grabbing ass while wearing your Santa hat lets me know that you are more of the naughtier type, which I like.

Yes, Jared Leto! With his long hair and shirtlessness, who would not love to hear and see him coming down their chimney? Doesn’t hurt that he has the beard to go with it too. He just might be the real Santa Claus after all.

Ashton Kutcher is the kind of Santa that will keep you laughing and smiling among other things. That grin alone lets me know that he is the fun one who is both generous and kind.

Ben is definitely hot. Yea so maybe he has some issues being faithful from what we can gather from the tabloids and his own admission (kind of), he sure knows how to wear a Santa suit. And he will protect you too. Any Santa that knows how to responsibly handle a weapon is a Santa I can get with.

Do I really have to explain this one? The Rock, as far as I am concerned (like Shemar Moore) can do no wrong. He is hot, he is a great father, he can pick me up. I mean the guy is a powerhouse. Have you seen him in the last Fast & Furious movie? I am sure he is a no-nonsense Santa and is clear on the importance of getting every little boy and girl’s present to them on time. Such a thoughtful Santa.

I don’t care what people say; Nick Cannon is a sexy guy and from what I can gather, he is a genuinely good guy. He probably should never rap again nor try to come for established rappers that are considered by some to be the greatest of all time, but that doesn’t mean he is not a super cool Santa. He looks so welcoming and jolly in his St. Nick get up. I’d be his Mrs. Claus, especially with Mariah Carey out of the picture now.

Oh, Ryan. Ryan Gosling. I am a sucker for singers (yes he can blow) and his good guy persona and raw sex appeal is enough to let me know that his Santa is one you can’t be left alone with for too long. I mean, just ask Eva Mendes.

This list would not be complete without dirty old Santa, which in this case, is sexy “show you new things” Santa. There is something about Billy Bob that draws you to him and his get up as jolly St. Nick and knowing his reputation just gives me the feels.

Christmas is fun, and it’s even more fun to have some eye candy to look at and think about. Well, at least, it is for me.

Not everyone agreed with our Curvy Girl Diva on all her choices (especially Billy Bob Thornton) so here’s some runner-ups the rest of the team here thought were woefully not chosen.

Weirdly enough, the picture was very tame, but the great Emperor Google decided that the image was too provocative for their advertisers. Oddly, many other sites have full out nudity using Google Adsense, but we must assume it’s whoever gets the hammer first. Who knew, pg-rated images (with no nudity at all) are now going against Google’s coming puritanical taste levels. 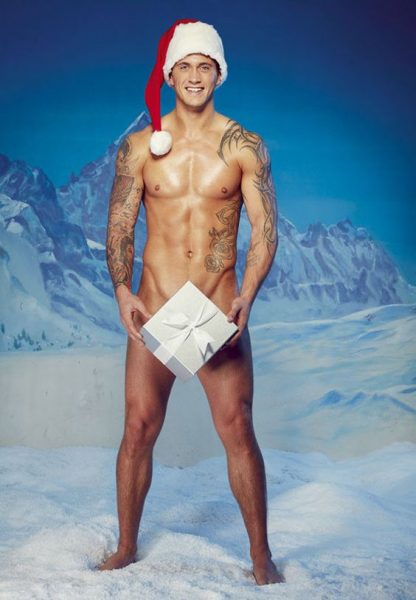 I’m sure many of you have other ideas so let us know who you think your favorite sexy male celebrity in a Santa Claus outfit is. Even if it’s just a Santa cap, that’s fine. Sometimes less is more.