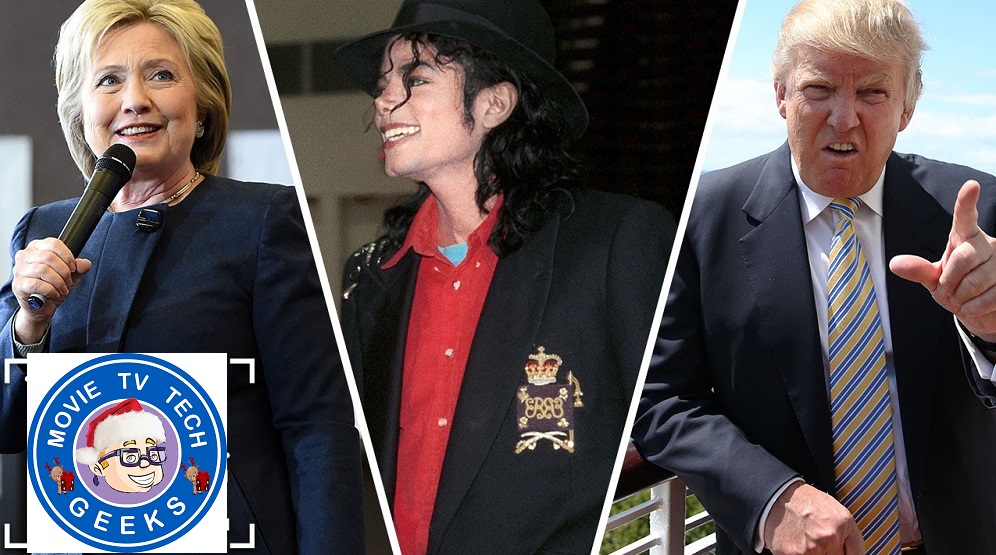 I don’t know what single celebrity-related event caused the biggest spike in Internet traffic since the web went mainstream in the mid-1990s. However, I think the death of Michael Jackson in June of 2009 would be up there. Michael Jackson’s death crashed servers due to traffic. In an industry where traffic implies clicks on ads and where clicks generate revenue, Jackson’s death was a boon. In my opinion, the boon has had an effect on the evolution of fake news.

By “evolution” I don’t mean it caused “fake news,” something that has been around for as long as I can remember. The tabloids in the grocery store have always written about the trials and tribulations of Bat Boy, they’ve always claimed that long-dead people like Adolf Hitler and Elvis Presley are still alive, and they’ve always had other bold-print sensational headlines – even before the Internet went mainstream in the mid-1990s. It’s writing like that I designate as “fake news, fake-news” and I differentiate from propaganda of the political sort.

I don’t agree with people that label CNN or the mainstream media fake news just because they don’t like their political slants. There is, in fact, something untrustworthy about numerous media sources, but by “fake news” I do not mean statements that are meant to brainwash, but rather more those that are just meant to shock without any regard for whether the shock value is based in truth. Furthermore, by “fake news” I don’t actually mean factual errors but rather factual lies. I differentiate between the two with one word: intent.

Michael Jackson’s death was not fake news. However, his death meant money for people that covered the topic. The boon related to his death could only teach one lesson for those that didn’t already know: the surprise death of, not just a star, but a gargantuan star had the power to fuel Internet advertising revenue for greedy website owners. Arguably this knowledge of Jackson-death-related traffic is what has caused or contributed to the online publication of numerous false reports of celebrity deaths post-Michael Jackson.

Mark Hamill’s fake-news death is a case in point. Many of the links that contained statements about his fake death have all been deleted now, probably fake news sites don’t get a lot of repeat traffic. However, I remember that he was ‘reported’ dead in 2009 and so I went to look back for old references. The very earliest surviving Twitter tweet I found questioning the death of Mark Hamill has a very interesting time stamp of June 25th, 2009 at 8:02pm. That’s the day that Michael Jackson died, literally just hours after it happened, and I don’t think it’s a coincidence. Could be that the traffic associated with Jackson’s death refueled fake-news efforts with the Tweeter I reference not so much trying to perpetuate the fake-news but a little bit duped by it, like anyone could be.

Hamill had a huge fan base, because of his Luke Skywalker role in the Star Wars series. However, he’s not really a spotlight grabber. Accordingly, fans, in the absence of well-covered public appearances, questioned if Mark Hamill was dead for the summer of 2009. It could be that some traffic-hungry websites learned that Michael Jackson’s death was payday and they went to dip into morbid traffic even in the absence of another big star’s death.

Britney’s Twitter was just hacked. The last message is obviously not true. She is fine and dandy spending a quiet day at home relaxing.

Between Michael Jackson’s death in late June 2009 and the start of the next month other celebs would be reported dead. On June 28th, 2009, just three days after Michael Jackson died, pop sensation Britney Spears had to address death reports after her own Twitter account said she was dead: “Britney’s Twitter was just hacked,” the tweet said. “The last message is obviously not true. She is fine and dandy spending a quiet day at home relaxing.” Natalie Portman was another celebrity falsely reported dead at about the same time as Michael Jackson’s death, those reports occurring on June 29th, 2009.

According to a Jacqueline Sahagian article at cheatsheet.com (“#RIP: 16 Celebrities ‘Killed’ By Social Media”/August 2015) all of the following other celebs have been ‘reported’ dead with dates that I note as post Michael Jackson: Cher, Justin Bieber, Morgan Freeman, Tony Danza, Russell Crowe, Reba McEntire, Chloe Grace Moretz, Avril Lavigne, Charlie Sheen, and Eminem. I wouldn’t call them all megastars, but you can see how reports on the deaths of the the stars mentioned above might just be trying to tap into Michael Jackson-like traffic. If Eminem, Lavigne, or Bieber did die then it would be a windfall for traffic – and yes I’ll mention that it would also be a tragedy for the person, his/her family, and fans.

So as I see it Michael Jackson’s real death was a traffic boon and that put ideas in some web traffic guys’/gals’ heads. That idea was to generate fakes news that might bring high traffic in the absence of genuine news. I’m not saying that it’s the only factor in fake news, but Jackson’s death was a major traffic event and anyone who worked on Internet traffic reports at the time learned that. The philosophy of fake news is to report on facts if they are there and of salience to a vast readership: if not, then make up something attention grabbing – like Mark Hamill’s death or Hillary Clinton and the democrats running a child-sex ring out of a pizzeria.

Of course, it’s clear that fake-news websites are “jumping the shark.” That’s a phrase used to describe when a TV show does something outlandish to try and save fledgling ratings. A website that falsely reports that so-and-so is dead might be making a last-ditch gasp to stay relevant. But if you understand the public you know that there’s a portion of it that are very gullible.

Perpetuating or starting fake news might actually bring in some traffic. However, in the end you have to wonder what’s on the other side of the shark, if you clear jumping it. You might land in a pitt of irrelevance as your domain name loses consumer confidence. Furthermore, you might even land in a law suit if your fake news has any disastrous effects due to the gullibility of Joe Public. That brings ethical considerations into play and that an agitated man allegedly brought a gun to a restaurant allegedly in response to fake news is something that should raise the insurance premiums of any business that deals in fake news. When it comes to ‘reporting’ live people as dead, how heartless is it to depress that person’s fans and family for a little bit of traffic? Heaven forbid that someone suffers a heart attack at the shocking fake news of their son’s or daughter’s death.

The entire notion of fake news might seem like a short-term strategy in some ways. Then again, the tabloids at the supermarket have been there since my earliest memories so perhaps there will always be a market for Bat Boy’s sufferings, Hitler and Presley living together at the north pole, the Democrats running child-sex operations out of a pizzeria, and other stupid articles that not everyone is too intelligent to see through. Sadly, Donald Trump‘s pick for National Security, Michael Flynn and his son fell for it and helped give it authority by tweeting it out. Even when it was shows to be untrue, Michael Flynn, Jr. tweeted that it must be proven to be fake before he wouldn’t believe. Yup, I know how that sounds, but you can see his tweet above. He’s been dismissed from President-elect Donald Trump’s campaign, but his father does listen to him so expect him to still be around on the fringes helping to push these stories into the mainstream.