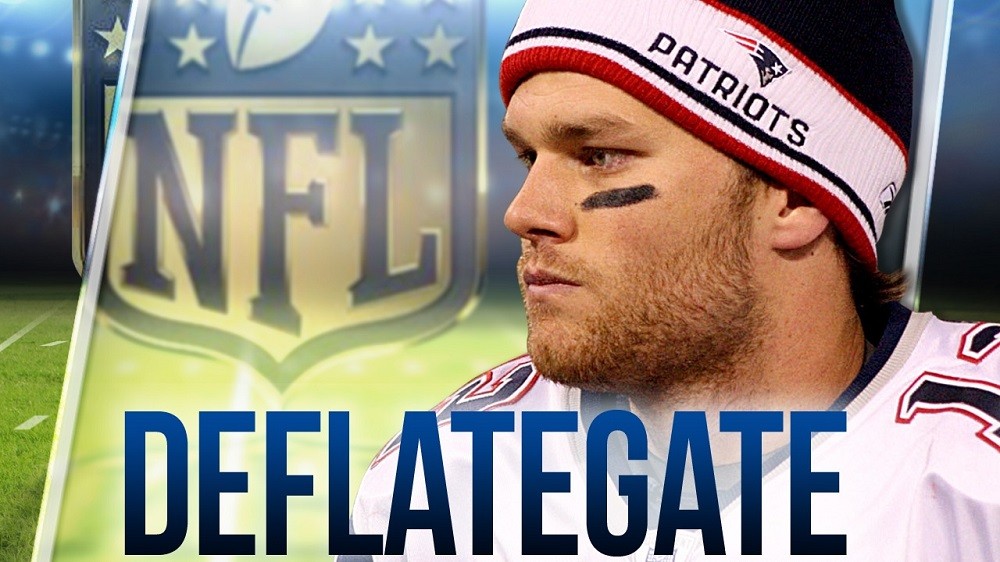 Tom Brady is back at it again. After Draymond Green of the Golden State Warriors had tried to take the title of Champion Ball Deflator, the New England Patriots quarterback had to remind the world who the real king is.

The NFLPA argued on Brady’s behalf, again, that NFL commissioner Roger Goodell acted outside of his power in suspending Brady four games for his part in deflating footballs used in the 2014 AFC Championship Game against the Indianapolis Colts.

“This case arises from an arbitration ruling by NFL Commissioner Roger Goodell that undermines the rights and expectations of parties to collective bargaining agreements and runs roughshod over the rule of law,” read the appeal. “Goodell superintended a multi-million-dollar investigation into purported football deflation during the 2014 AFC Championship Game—an investigation he falsely portrayed as independent. The NFL then used the findings of that investigation to impose a severe and unprecedented punishment on…Brady based on his supposed ‘general awareness of misconduct by team employees.’”

Should the 2nd Circuit Court approve the en banc hearing, the process and subsequent hearings would likely be delayed until this time next year, virtually ensuring Brady would be able to play the entire 2016 NFL season.

“We don’t know the timetable,” said Ted Olson, the newest member of Brady’s legal team and a former U.S. Solicitor General under George W. Bush most famous for his representation of Bush in Bush v. Gore. “They could call for additional briefings or just send out a notice that the petition has been accepted or denied. They have the right to drag it out, but that would be very atypical.”

Basically, we should know soon. Robert Kraft accepted his punishment; however, Brady’s ego won’t go down without a fight. I think I speak for the world when I say please, please, please just spend the first few weeks of the season with your model wife and stop bothering us.

I just want to watch the NBA playoffs without having to hear about Brady. Is that too much to ask?