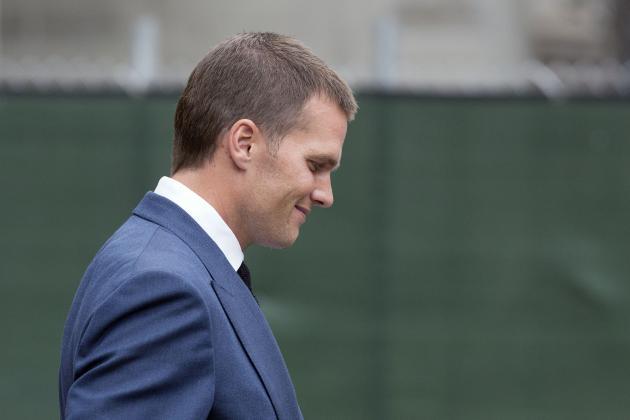 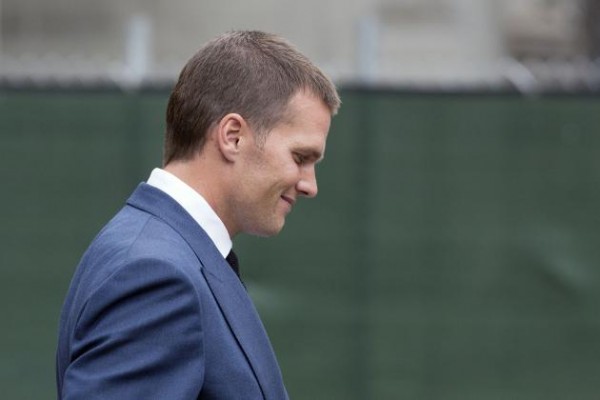 Deflategate is over. Tom Brady is free. The NFL looks really petty and should be embarrassed by their commissioner. Read US District Judge Richard Berman’s full ruling just below.

U.S. District Judge Richard M. Berman has altered betting lines for the first four weeks of the NFL by overturning Tom Brady‘s four game suspension. It’s insane that air pressure in a few footballs during a blowout AFC Title game was made into a federal case.

“Because there was no notice of a four-game suspension in the circumstances presented here, Commissioner Goodell may be said to have dispensed his own brand of industrial justice,” Judge Berman stated.

The NFL wanted to make a big deal out of this scandal so that’s exactly what they got. Publicity was the main reason for going as far as the League did in my opinion. It worked too. Deflategate got as much media coverage as any one game all of the 2014 season. I don’t think the NFL wanted it to go quite this far though. They had to believe Brady would just accept his punishment like a good little employee.

The fact that Robert Kraft did not appeal his franchise’s separate punishment must have emboldened the League and Goodell. Brady wasn’t going to take his suspension so easily. Good thing too. It makes the League look even worse that they did not accept the one game settlement that Brady reportedly offered late in the game.

Baring an idiotic appeal by the NFL, Tom Brady will be starting for his Patriots in the opener against Pittsburgh. Even if the League appealed, I doubt any ruling would come before that game onSeptember 10.

I almost want Goodell to appeal this ruling. As relieved as I am that Deflategate is over, it would make my day to see Goodell make one last misstep in this ordeal. I would suffer through the extended Deflategate coverage in hopes that such an appeal would cause Goodell to be fired.

I have to believe the owners will make it very clear to Rog that they have seen and heard enough of this bullshit to last a lifetime. They will save him the embarrassment of an appeal if they know what’s good for their brand, which has taken a beating with this nonsense.

This ruling does a few things besides shifting the betting odds in the first four weeks. First it takes the pressure off Garoppolo to start game one.

The guy has gotten huge playing time in the preseason. Would it not be crazy if the Patriots ended up getting a nice trade offer for their backup as a result of his increased playing time?

I can also see the Patriots thinking of hanging onto Jimmy Garoppolo long term, after showing promise in the exhibition games. Either way, the kid from Eastern Illinois has made the most of Deflategate.

Maybe more importantly than the individual effects for Brady and the Pats, this ruling by a federal judge should show the rest of the players in the NFL where they need to go to get justice. Clearly Roger Goodell is not the right person to turn to for a fair hearing. Were I an NFLer, and could afford it, I would take any future grievances I have to the United States justice system.

In fact I wouldn’t put much effort into defending myself to Goodell at all. What’s the point? He is anti player, period.

I’m sure it wasn’t cheap for Brady to make this appeal in a real courtroom, but I have a feeling Mr. Kraft will chip in for his guy. The players union would be wise to set up a fund specifically for cases that need to go before a real judge. Not every player has the cash that’s available to Tom Brady.

So if this is truly the end of Deflategate we can all move on with our lives. We fans can start focusing on fantasy football cheat sheets instead of “Ideal Gas Law.”

The poor court sketch artist can make her way back to a sense of normalcy.

Tom Brady can get all the first team reps.

Ted Wells can rest easy knowing all his “hard work” was useless.

Patriot fans can start writing some clever text for their signs on September 10.

And maybe, just maybe, Roger Goodell will take a long look at himself and see the damage he has done to the NFL’s image over the past couple years. I doubt that happens, but I bet the owners are taking a closer look at the man they have hired to run their business.

They should begin the search for a replacement commissioner. This one has done enough damage and is not fit to lead.