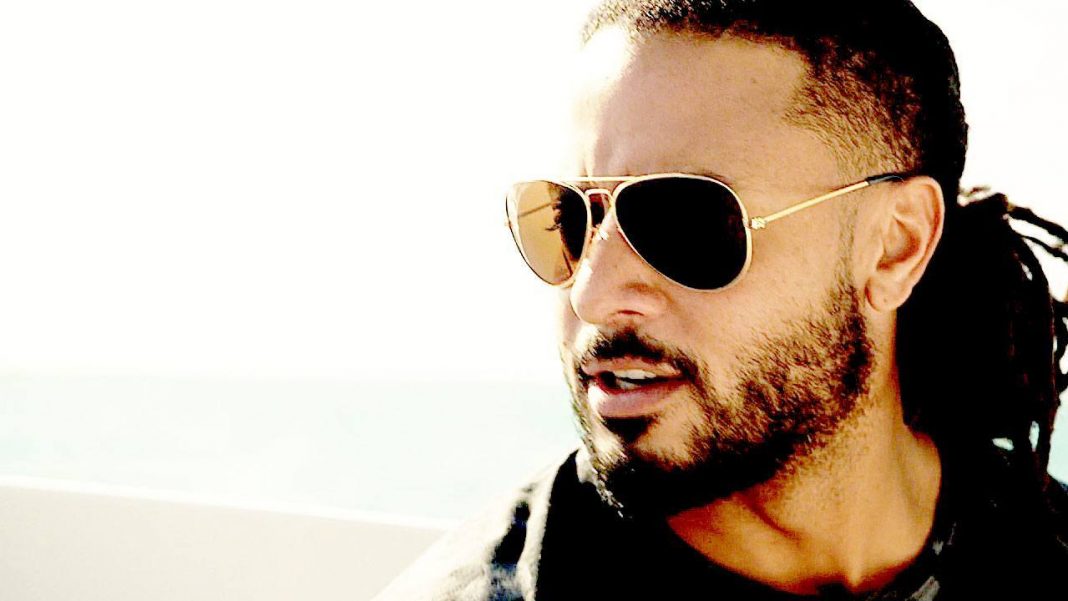 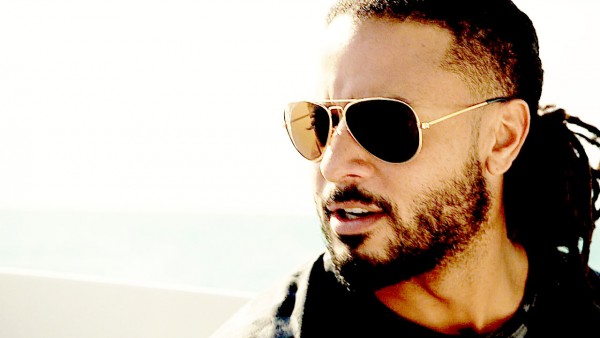 You don’t have to be a fan of USA Network‘s “Graceland” or even know the name Brandon Jay McLaren, but the minute you see him, you know who he is. He’s that guy you’ve seen on at least one of your favorite tv shows who’s easily one of the busiest actors out there.

In the past decade, if you’ve seen, “Power Rangers, S.P.D.”, “She’s the Man”, “Harper’s Island”, “Tucker and Dale vs. Evil”, “The Killing”, “Falling Skies“, “Girlfriends Guide to Divorce”, then you’ll know who he is. That’s not counting every show or movie he’s appeared in either. That’s just an idea of how busy this guy is who never gets tired of auditioning for roles that keep stretching him and forcing him to grow as an actor.

We’ve been interviewing him since he was on “Falling Skies,” right before the producers brutally killed him off after he told them he was going to be taking the role of Dale Jakes on “Graceland.” It was a big risk for him since he had no idea if USA Network would really get behind the show, but he saw the character as someone he’d never really played before and felt that it was well worth the risk.

We were the first ones to give him the good news that “Graceland” had been renewed for a second season, months before it was officially announced, but USA and the producers haven’t been as forthcoming about Season 4 of the show. Thankfully, we’ve got some great sources at the network who let us know today that things are looking positive for the show. “The network realized that darker dramas are what do best so they were down to doing a ‘Sophie’s Choice’ between “Complications” and “Graceland,”” they told us. “The ratings have fallen for “Graceland,” but the network is still feeling confident in it for another season.”

While not set in stone, this comes from our same source that told us it was being renewed before Season 1 had ended. So all you “Graceland” fans can do a reasonably optimistic happy dance knowing we get to see how Jakes recovers from he and Charlie trying to infiltrate the Germaine’s business in what the actor has promised is a very very intense finale.

Getting a third interview with McLaren wasn’t as easy, as he’s been back and forth between Florida and Canada shooting two shows. Yep, he’s in yet another series, not counting his return for Season 2 of “Girlfriends Guide to Divorce”. This one’s called “Slasher,” and Brandon said that it’s more inline with “Harper’s Island” than Ryan Murphy’s “American Horror Story.” He’ll play a husband that may not be all he seems to be for his wife, which is another great departure as up until “Graceland” McLaren has played a lot of nice guys.

We asked our readers via Twitter some of their burning questions for Brandon Jay McLaren aka Chocolate Jesus, and here’s what he had to say. 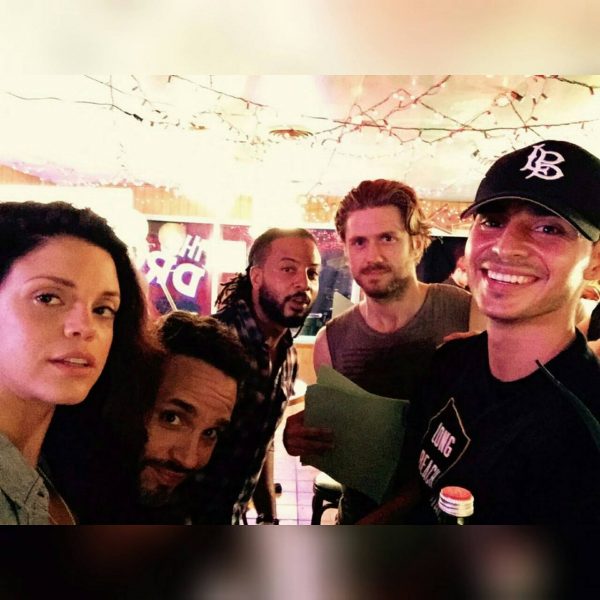 MTTG: Have you been happy with the progression of Jakes from Season 1 up through the Season 3 finale?

BRANDON JAY McLAREN: Great question! I didn’t notice it until last year when I went back and watched the pilot. I forgot how much things had changed, and it’s great to see that the show has become so much smarter, darker and complex. Jakes wasn’t around as much in Season 1, but in Season 2 the writers really did him justice with his story. But Season 3 is where they’ve really knocked it out of the park for him. That has been the excitement of playing this character since he’s come a long way from the guy who always gets everyone out of a tough jam. You know, he’s the guy that no one listens too, but they’re real quick to call him to pick up the pieces. It’s great that this season, Jakes may go from being the fixer to needing one….badly.

Will Jakes and Paige get together or is he going to have to suffer alone forever?

McLAREN: There was actually that possibility of them getting together in Season 2, but after he dropped the ball and Paige wound up getting kidnapped into a white slavery operation, the moment seemed to have passed. I posted a picture of me kissing Serinda’s (Paige) neck on Twitter, and that set off quite a firestorm of people thinking that we were going to be hooking up this season, but Jakes will get pretty busy with Annie Ilonzeh into the finale…maybe more if we get a Season 4.

It’s already gotten pretty bad for Jakes this season so how much worse can it get for the finale?

McLAREN: It gets worse, and the entire house is fractured. These people have been through so much, and everyone has a breaking point which you’ll see in the finale.

Will you be directing any of the episodes for Season 4?

McLAREN: If we get a season 4, I would love too! I was able to shadow our director/producer Larry Teng, while he prepped the first episodes since he had shot them all together, and I wanted to get a feel of what it was like. Luckily, being part of the show this long lets me learn more behind the scenes action.

McLAREN: Lately, I’ve not had much time to do that, but when things slow down, I’ll be watching “Homeland.”

What would be your dream show to guest star on?

McLAREN: Game of Thrones. I can watch that show no matter what mood I’m in, and I’d want to play a Lannister, of course. 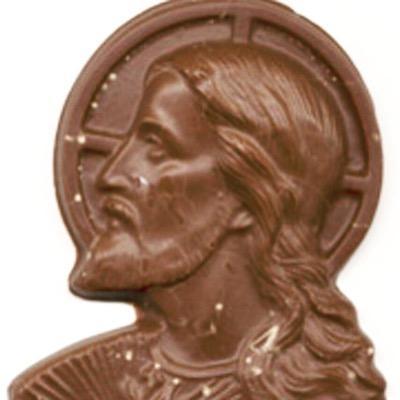 Do fans on the street call you ‘Chocolate Jesus’? Especially since you use that picture on your Twitter profile.

McLAREN: (some nervous laughter) They really asked if I was single? (after letting him know that over 60 men and women tweeted that question to us so we had to ask) Yes, I am most definitely single. 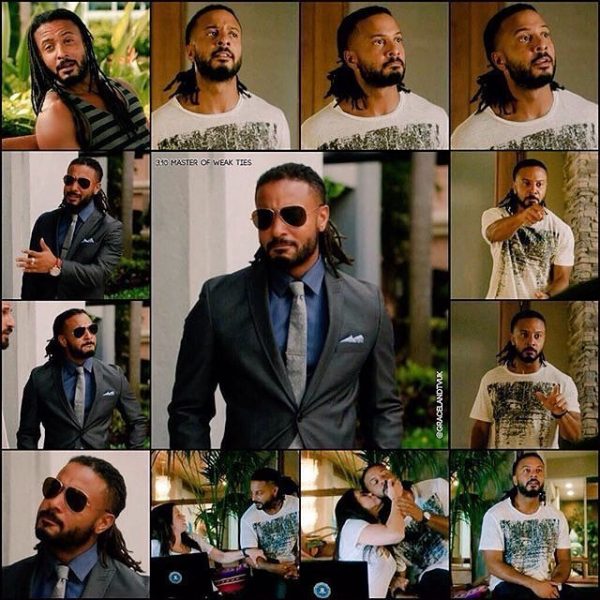 Catch the intense “Graceland” season finale on USA Network Thursday night 10 PM ET, and get ready to see how the gang picks up the pieces in Season 4.