When you think of any television show, most likely you think of the actors and actresses that make up the cast, as people that you may never meet, who will always be just out of reach. However, for those of us in the Supernatural Fandom, we’ve become much more than just fans, we’ve become family!

For twelve seasons, millions of people have been watching the misadventures of Sam and Dean Winchester, two brothers against a world that remains unseen by most, one full of monsters, demons, vampires, angels, and yes, even God’s sister.

The two brothers, played by Jared Padalecki (Sam) and Jensen Ackles (Dean) have taken on pretty much anything that life in their world could throw at them, most memorably being sent to an alternate universe where they find themselves in the shoes of their actual counterparts. In “The French Mistake” Jared and Jensen play Sam and Dean, who are trying to play Jared and Jensen, and find their way back to the place they know best.  Confusing right, but as a fan, confusion is something you live for.

Another memorable piece, though brutal on Jared’s emotional state, and most of the fandom itself, was “Mystery Spot,” where Sam is stuck in a perpetual Tuesday and relives Dean’s death over and over.  A “Groundhog Day” type of scenario, this episode was just as tormenting on the fans as it was the actors, but as Supernatural has proved to us time and time again, nothing ever really stays dead.

With so many seasons under its belt, you would think that the momentum of the cast and crew would start to slow down, but with new fans popping up every day, it looks like there might not be an end in sight for these boys.

So why call us a “Family” and not just a fandom?

Besides the actors themselves speaking up and stating that we were just that, part of their family, the fans have also taken this statement to heart, and the Supernatural Family continues to grow.  Charities and support groups for family members and their loved ones have been established not only by the two main leads but also by those who have joined the cast in the later seasons.

With the addition of Misha Collins (Castiel) and Mark Sheppard (Crowley), the size and magnitude of this following has spread globally, but this isn’t where the story ends.

Misha’s own Random Acts of Kindness organization and GISHWHES (the Greatest International Scavenger Hunt the World Has Ever Seen) helps to raise money for projects and people all over the world, having also broken Guinness world records five times since it’s conception.

Over the last several years, the “Boys” as they are affectionately known by all, have run tee-shirt campaigns to help out charities for things like Mental Health Awareness with their “Always Keep Fighting” campaign.  This hits close to home with Jared, who battles with his own depression but he is a voice for a lot of people who never thought they would have the strength to move on from the sometimes debilitating affliction.

With the start of Season Twelve, Jared and Jensen released the “Family Always Has Your Back” campaign that brought us together even closer, letting family members join in with the cause by purchasing a special edition Season Twelve sweatshirt or tee-shirt. It was a way to recognize other family members and support each other and other people at the same time.

Most recently, Misha, Jared and Jensen teamed together for the #LOVE campaign with the help of Creation Stands, to put out another shirt, sweatshirt, and the addition of a beanie to spread the holiday love through charity.  This campaign not only brought in enough “Love” for all of us in the community, but it helped to pay for housing for a young man and his family for a year! All utilities included, and a family vacation that was something they hadn’t had in a very long time.

As a family member, I am so proud of what our “boys” have accomplished over the years.  The “Always Keep Fighting” campaign struck close to home as I deal with anxiety and depression of my own.  I never thought that I would be able to do half of the things I do now, but with the support of the ever growing number of members, you soon find that several of the Supernatural mottos ring true. “You Are Not Alone,” a Jensen and Misha campaign to help with suicide prevention, has not only spurred on a national hotline but also something within the Fandom.  Whenever you feel down, a simple hashtag will bring a family member straight to you, and it shows that family really does always have your back.

Over the course of my own time in the family, I have run into times when I have called out for help, and I have never found myself alone.  There was always someone there to talk to, even if it was just a kind word or a random act.  Most recently, after finding myself in a good spot, I responded to several people who were in need of an ear, a text or, more often than not, just a simple tweet.  These people whom I have never met, have become some of the most important people in my life, as we are now in constant contact.

The support system in the Supernatural Family is like nothing I have ever seen before.  People who don’t know you, who may never meet you, will always answer the call when you are in need, and that is Family.  To quote one a member of the Supernatural characters, Bobby Singer, from Season 3, Episode 16: “Family don’t end with blood, boy!” and that certainly rings true throughout the community, making us not just a fandom, but Family! 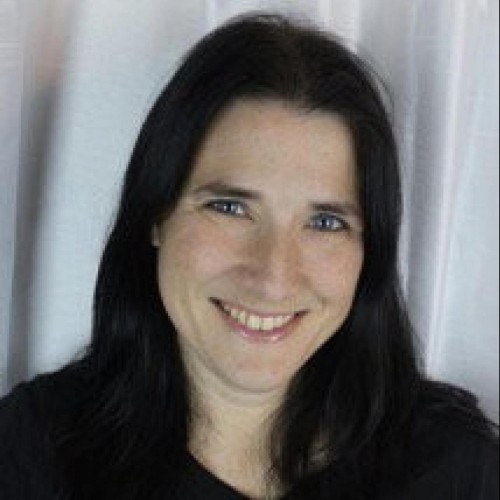 Dawn Grayhttps://movietvtechgeeks.com
Dawn Gray is an aspiring actress, a published paranormal author, and also a screenwriter. Most of all she is an active Supernatural family member.