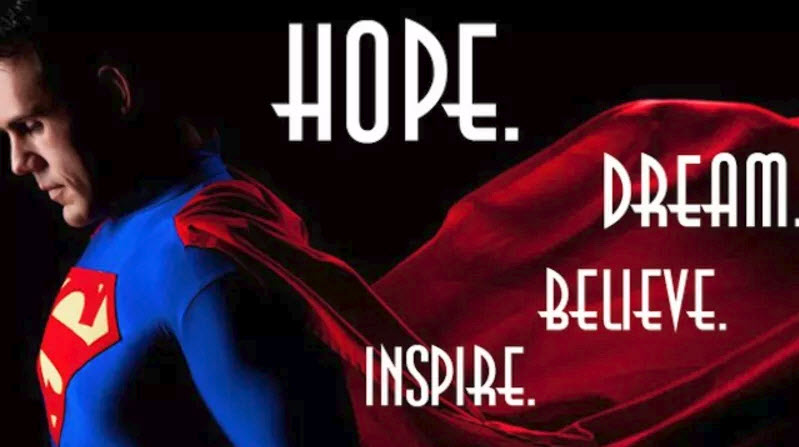 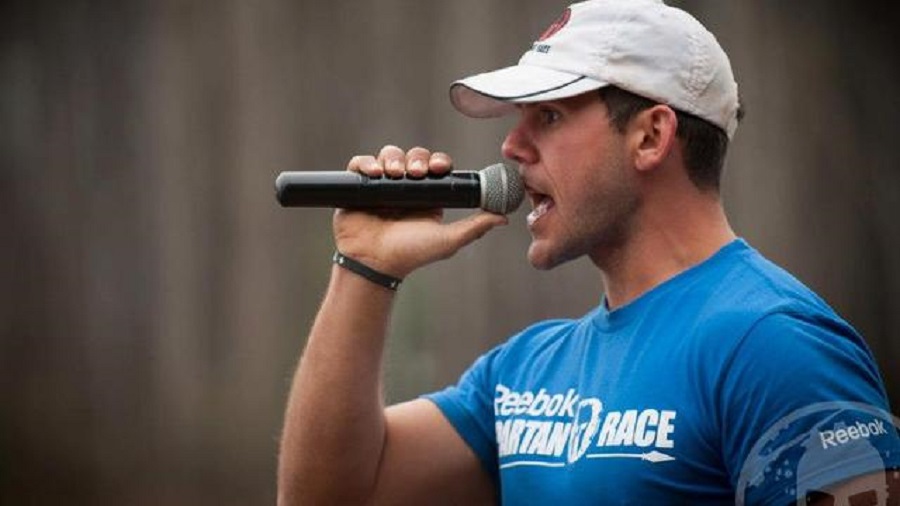 Who knew a bus could have so much personality?

In 2016’s GISHWHES hunt (the Greatest International Scavenger Hunt the World Has Ever Seen, started by the one and only Misha Collins), the GISHBUS was added. This bus – which was even mentioned on EW, by the way  — drove around the United States, spreading, love, kindness, and of course – much GISHI-ness.

But of course, this bus did not drive itself – Dustin Dorough was one of the team members, who gives us his thoughts on the GISHBUS, GISHWHES and the #SPNFAMILY.

Dustin has been active with childrens’ hospitals as Superman and Captain America since 2012, and is also heavily involved in many other causes such as Dedicated Endeavors, a mental health awareness and fundraising ruck march he founded with his friend Earl Granville; and Clear and Present: Speaking Volumes on Key Matters, an upcoming event series for survivors of sex and abuse crimes. He also dedicates his time to veterans’ charities, motivational speaking and womens’ charities. Thus those great photos!

How did you get involved with GISHWHES?
Every bit of my involvement can be attributed to my GISHBUS compatriots, CJ and Lauren. They were Gish winners a few years ago and got to head off to Scotland with Misha, after which they ended up staying in touch with him and helped him out on a few projects over the years.

In January of 2015, they needed my help filming a GISHWHES promo video which, sadly, never ended up being used. They swear it’ll be used someday, so I can’t talk about it, but trust me when I say– Dear lord, it was hilarious. Misha and I got along really well, so I got invited back to help with a few projects here and there, and eventually was asked to join the GISHBUS crew. CJ and Lauren have always been, and likely will always be, much closer to Misha than I am, so I credit them entirely with my involvement. 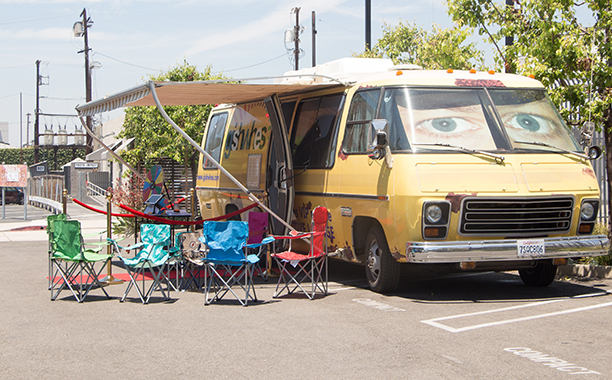 What’s your funniest story from being on the road?

There were genuinely far too many. Though, to be fair, most of them are of the “So awful that you can’t help but laugh” variety. So, most of the stories weren’t usually funny at the time but became funny later.

Like, when we got stranded for four days in Casa Grande, AZ, and we found a thrift store that was shaped like a boat, named the S.S. Blinky, Jr., or harassing people via Snapchat because they mistakenly took our pen (looking at you, Cassie!), checking the Snapchat inbox together every night (nobody ever sent anything creepy. We were admittedly disappointed.), or when Misha did an interview about GISHWHES and he admitted that he never expected the bus to make it out of LA… We all developed some Super Saiyan levels of side-eye when we read that.

I think my favorite running joke was that, whenever the bus would break down, we would all just look back and forth and say, “Welp. We live here now.”

OH. And, of course, the senselessness of Misha giving us the “Don’t let anyone take photos inside the bus! It needs to stay a secret!” and then every single time he shows up, he’s like, “I’m gonna livestream from inside the bus!”

What does GISHWHES mean to you?

I think it’s a ridiculously cool way to have an impact on a lot of people, inspire them to have a ton of fun, be social, get out of their comfort zones, and impact the world in a positive and silly way. I really love watching people change their lives for the better as a result of the challenges they face within it, and how they learn to solve them together. I think a lot of these Gish items end up becoming similar to the Karate Kid training from Mr. Miyagi. Like, you think it sounds stupid and a little crazy, but you accidentally learn some big lessons along the way.

How was being part of the #spnfamily affected you?

Honestly, this has been a huge mix of emotions. Everyone has been so darn nice!! I love them! The amount of warmth and affection with which I was welcomed into the #spnfamily is overwhelming to say the least. People started bringing art and gifts and food to the bus for us. There were the official “Do-Rough Riders” that formed. (God, I love it.) And, eventually, a bunch of people got together and essentially wrote a character back story for me in the event that anyone ever wanted to give me a job acting on SPN. The writing and photoshop work that happened in that was beyond astounding, and ended up being a really cool story!

Though, while yes, I’m so incredibly thankful for all of the love, I have to admit that it comes at a weird cost sometimes. I personally live with depression, anxiety, and PTSD, so my mental state is usually somewhat unique, and I often deal with “imposter syndrome,” constantly feeling like I get more credit than I deserve and like I’m not worthy of the positive feelings people have toward me. I always feel the need to remind everyone how minuscule my involvement was, or remind them of the fact that I barely know Misha. The love has been a lot to handle, but handling it is something that I’m working on. Like all mental health struggles, it’s a process that will take time, but time is something I have plenty of. 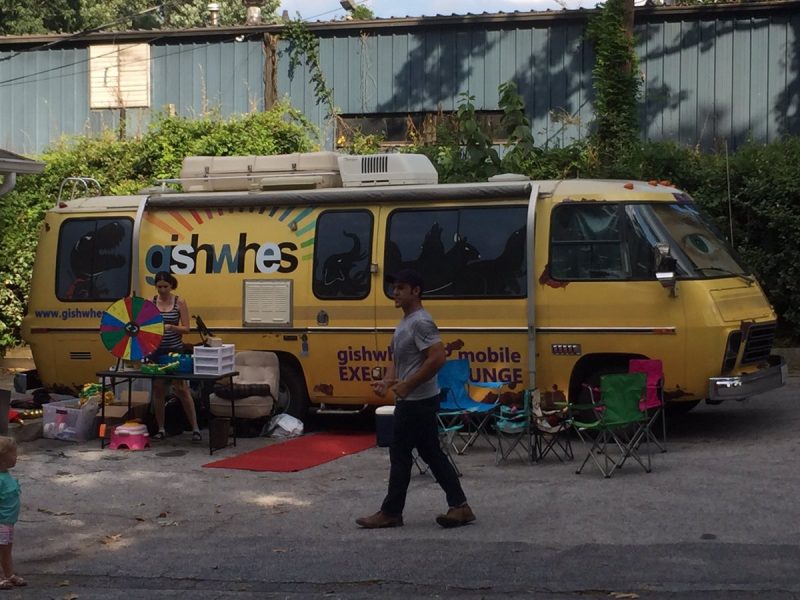 What was your favorite place to visit?

The entire GISHBUS team agreed that Orlando was probably the most meaningful stop on the trip for us. We were working with Zebra Coalition, an LGBTQ+ youth organization, right after the Pulse Nightclub shootings had just happened. They were just so wonderful to work with, so kind, and so very appreciative of what we were trying to do. It was really emotional because the tragedy was all so very recent, and it felt really good to be able to help and to offer hope, at a time when it was so very needed.

And then, at the end of the day, when we’d finished packing the bus and were hugging our new Zebra pals goodbye, we looked out to the horizon and saw that a full rainbow had formed over the GISHBUS. It really was a perfect day.

Why should people join GISHWHES?

Because I said so.

Okay, not really. Everyone should join because it’s fun. There’s genuinely something in it for everyone. Everyone can learn something, meet someone, create something, broaden their horizons, or just get out of your head and have some good silly fun for a week. It’s a break from the drudgery of daily life and a glimpse at the life you could lead if you stopped holding yourself back. It’s like a vacation from the confines of sanity, and I think everyone needs that every now and then. To learn more about GISHWHES, check it out here.