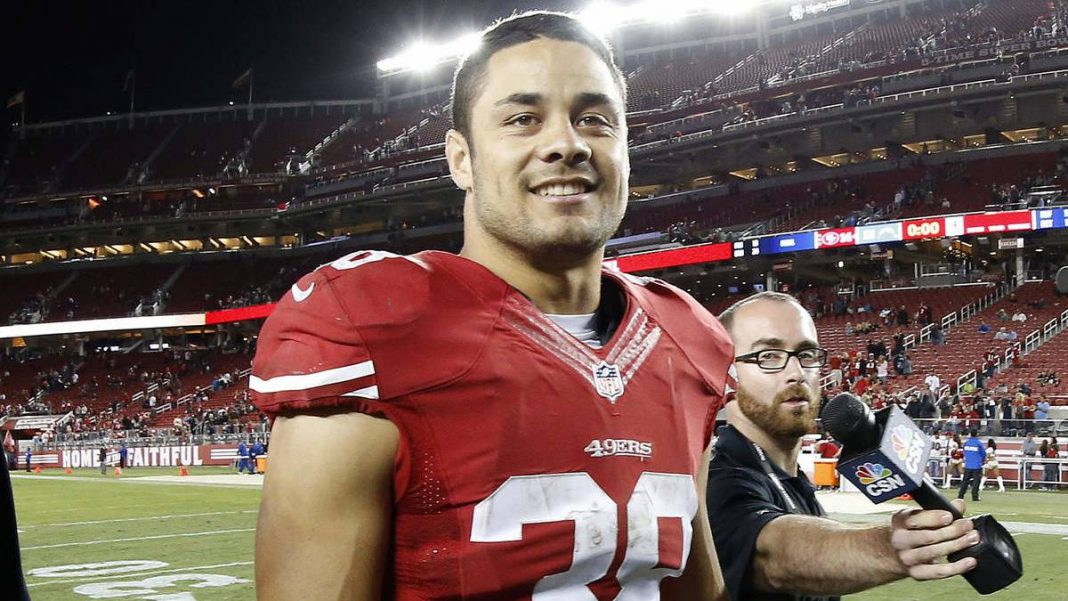 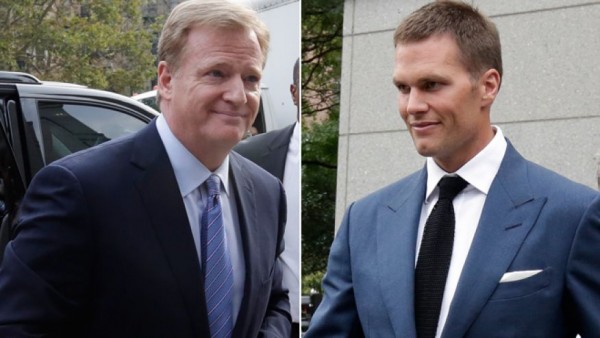 OK, the real losers for week four of the NFL preseason are the fans. The last game before the real deal starts is just a scrimmage where the second and third stringers try to hang on to their NFL dreams. The franchise players are basically kept in bullet proof boxes for protection.

But hey, college football began so we got some real games on Saturday! Don’t be ridiculous. Major schools feasting on tiny colleges that need that welfare NCAA check is not my idea of football at its best. If you have any doubt about the first week of meaningless college football, I simply point to Georgia and Louisiana-Monroe. They just said to hell with the last nine minutes of the game after the second weather delay occurred. If that was UGA and a real opponent like Auburn, they would have waited until 2 a.m. to finish play if necessary.

OK, my college football rant of the day is over. On to the NFL’s winners and losers. Most of these involve roster cuts as teams get down to the tiniest details to fit everyone into that 53 man roster.

NFL Grown Man of the Week: Tom Brady whipped Roger Goodell. I wish it had been in a Road Warriors type Scaffold Match, but a United States courtroom was a close second. Brady had his suspension lifted by a real judge, not a dictator like Goodell. Brady comes out of this smelling like a rose. He beat a bully at his own game and had this to say. “I am sorry our league had to endure this. I don’t think it has been good for our sport – to a large degree, we have all lost. I am also sorry to anyone whose feelings I may have hurt as I have tried to work to resolve this situation.”

“The regular season starts tomorrow morning and I can’t wait to fully commit my energy and emotion to focus on the challenges of the 2015 NFL season. I want to thank my family, my friends, all of the fans, past and current players and my teammates for the support they have given me throughout this challenging experience. I also want to thank Judge Berman and his staff for their efforts to resolve this matter over the past five weeks. I am very grateful. My thanks also to the union’s legal team who has fought so hard right along with me. While I am pleased to be eligible to play, I am sorry our league had to endure this. I don’t think it has been good for our sport – to a large degree, we have all lost. I am also sorry to anyone whose feelings I may have hurt as I have tried to work to resolve this situation. I love the NFL. It is a privilege to be a member of the NFL community and I will always try to do my best in representing my team and the league in a way that would make all members of this community proud. I look forward to the competition on the playing field and I hope the attention of NFL fans can return to where it belongs – on the many great players and coaches who work so hard every week, and sacrifice so much, to make this game great. Most importantly, I look forward to representing the New England Patriots on Thursday night in our season opener. I hope to make all of our fans proud this year … and beyond!”

NFL Children of the Week: Roger Goodell and all the NFL owners who think it wise to appeal Judge Berman’s decision on Tom Brady‘s suspension over Deflategate. Goodell and his bosses should just accept this and move forward, but like anyone in power they will do anything to hold onto that power. They know that no player has to just accept whatever punishment Goodell deems appropriate going forward. Every NFLer will just mosey on over to the U.S. Justice System to get the NFL overruled.

How many defeats will it take for Goodell to understand he cannot just run roughshod over his players, no matter how the collective bargaining agreement is set up? 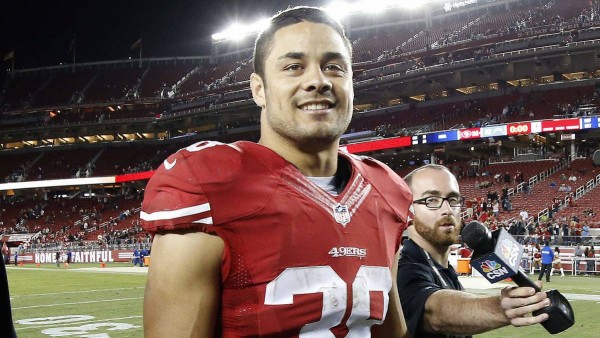 Winner: Jarryd Hayne has been the highlight of the preseason. It would have been a shame to put his name in the “loser” section of this post had he been cut. Thankfully San Francisco made a spot for the former rugby player. Actually he made a spot for himself. His big plays were hard to ignore and 49ers fans may have burned down their brand new stadium had Hayne not made the team.

Hayne may be the lone bright spot for San Fran this year. Life after Harbaugh may be more sane, but it will also involve a ton of losses. All the key players that retired or got dismissed will make it hard on the fan base that has had so much success the past few years.

Loser: Tim Tebow was not good enough to make Philly’s roster. Go back and read the previous sentence Tebow worshipers. No one is against him. He just can’t play quarterback in the NFL. I am a Tebow fan, but I have known it was over for him for a long time. I enjoyed his college play, but that’s in the past. Appreciate him for what he was as a player.

Maybe Tim Tebow is just too good for the NFL. Too good of a person. There are bigger things in store for this man. Making it to the NFL would have been awesome, but if he is all he’s cracked up to be then he will make the world a better place in some other career.

Winner: Darnell Dockett may have gotten cut by the 49ers but I think his signing bonus of $2 million in the offseason should make him feel better. Oh, to be paid millions then sent home for not being good enough. I long for such a career opportunity. My ego can take getting canned….for the right price. Hell, I’ve been fired for free and it’s really not that bad!

Loser: Antone Smith made big plays for the Atlanta Falcons when he was not hurt. His time with the ATL is over after getting cut though. He will receive an injury settlement however. Smith was a big fan favorite and I couldn’t understand why Mike Smith did not use him more last year. But now that Quinn has cast him aside, it is obvious he didn’t fit the system or bring enough to the table to warrant a spot.

That’s hard to comprehend from the outside looking in, but the staff spends hundreds of hours evaluating these players so they surely have the right knowledge to make these painful decisions.

Winner: Christian Ponder is still married to the gainfully employed Samantha Ponder. Even if she was homeless, he would still be in the winner category. He was cut by the Raiders, though he may not have even noticed. Dude must be living right. He was decent in preseason play and may have a shot with the Eagles.

Loser: Rams fans. They will miss out on seeing Todd Gurley in week one versus Seattle. Coach Fisher is being super cautious with their number one pick to make sure his knee is 100%. He stated that it’s doubtful Gurley will play in the opener. Gurley is a special player so it’s a shame he won’t be on display in week one.

Winner: Todd Gurley. The guy wants to get on the field badly, but is lucky to have a patient coach like Jeff Fisher. No need to rush what could be their franchise player for the next ten years. That ACL needs to be fully healed before he makes his NFL debut. It will be worth the wait if he has the type career in which he capable of having.

Loser:  Reggie Wayne didn’t stick with the Patriots and actually asked to be released according to reports. If this former great wide out can’t stick with New England, who can make a receiver out of nobodies, then he is essentially through. He was great, but no more.

Loser Tweet: Notice the date on Roger Goodell’s latest tweet. It’s a shame that he makes so many wrong moves that silence is his best option on Twitter. Why not just delete the account if you’re not gonna use it Rog?

Winner Tweet: Sports Illustrated offers tips to Roger Goodell on repairing his image. I’m sure this humble man is grateful for any helpful advice.

4 ways Roger Goodell can repair his image after the Deflategate debacle (by @thefootballgirl) http://t.co/qBGHBXhhIA pic.twitter.com/K2yXx7M09s

Here are the sections of the Tom Brady ruling that make Goodell look like a buffoon: http://t.co/vgPahLVtzX pic.twitter.com/6jDdLGjO3h