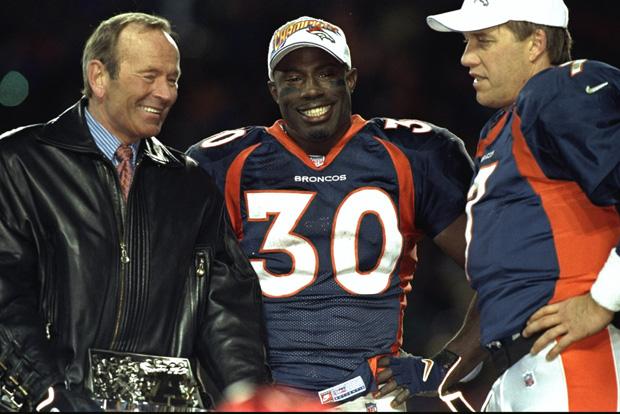 Alzheimer’s has forced Denver Broncos’ owner Pat Bowlen to give up control of the team. He has handed over the reins to team president Joe Ellis for the time being. The ownership will remain in the family as Mr. Bowlen had a trust set up years ago to ensure the team stays with the Bowlen family. Most likely one of Pat Bowlen’s seven children will eventually become the owner of the team.

Denver fans owe Mr. Bowlen a great deal of gratitude. It is not every team that has had the type of owner that could reach the success level that the Broncos have enjoyed since 1984. The franchise was on the brink of bankruptcy when Pat Bowlen purchased the team. From there he went on to lead them to six Super Bowls. They also made the playoffs in 16 of 30 seasons. I would call that a monumental turnaround from the mess he originally wrote a check to buy. You think Cleveland or Cincinnati would have benefited from steady ownership like Denver fans have enjoyed?

I often wonder just what makes a team or even a business successful over the long haul. It is one thing to have a few winning seasons here and there. Or in the business world, to be profitable for a couple of years then fall off. But sustained success is much harder to achieve and takes a vision that most leaders do not possess. In both the sports world and in business, these types of leaders do not come along everyday. Whatever “it” is, Pat Bowlen had it. I don’t know if leaders like him are born with super abilities that cannot be gained by practice or if it is natural talent mixed with a work ethic that others are not willing to imitate.

Luckily for Denver, they have, in John Elway, a great leader who was brought up under the leadership of Mr. Bowlen. Elway is obviously the most beloved sports figure in Denver history and as long as he and Joe Ellis are able to work well together, the franchise should be in good shape going forward.

When the time comes in the future for one of the Bowlen children to take over the team, that is when things could get messy. We have all seen how things get sideways when a business or sports franchise is handed off to the heir apparent. Most often, these heirs do not possess the “it” that their parent had. And John Elway may not have the same vision as someone who just happened to be born into NFL ownership. The old quarterback will likely have a problem following orders from the Bowlen heir as well. This is all assuming that just one heir would cleanly take over the team. There is always the possibility of a fight amongst the kids to gain majority control of the Denver Broncos. That would be a real nasty shame, but it happens all the time in other businesses.

For the time being, Denver should stay at the top of the NFL in terms of winning. They are solid on the field and at the remaining leadership positions. It is sad to see a terrible disease take away the mental capacities of a great NFL owner. Alzheimer’s took the Broncos away from Pat Bowlen. But the man ran the team the right way for so long that they are in fantastic financial shape, so his family did not lose the team to a fire-sale type situation. Having the right guy at the top matters tremendously, and Broncos’ fans had the right guy for 30 years. His leadership will be missed in Denver as well as the NFL as a whole.