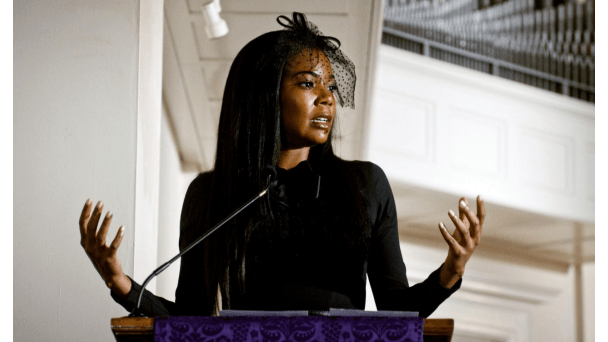 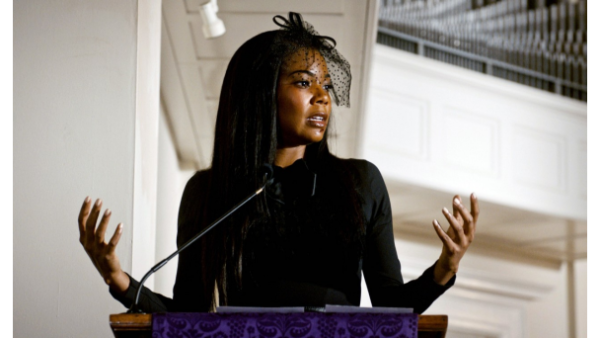 It’s a heavy one this week on Being Mary Jane, so get your tissue and stay close to your phone. You may need to make a much-needed phone call to someone you owe an apology (or who owes you one).

MJ is still reeling from everything that’s been going on in her life. But as you know, she’s going to act like she has it all together. And she goes a pretty good job until she gets a phone call. Lisa committed suicide.

We see Lisa have her last meal so to speak sitting at her table, alone. She goes to her bathroom, looks at herself naked in the mirror for a second, runs a shower, puts on a pretty dress, and lies down on her bed with a glass of wine. She fills a bowl full of water, pours three bottles of medicine in it and takes each and every pill. We see her foam at the mouth, drop her wine and fade off.

Mary Jane gets phone call after phone call and ignores them all. David even shows up to her house the next morning, but MJ already left for work. No one can get through to her. Then Nicey calls her, and she answers and she’s devastated.

You have to know she feels a certain way, especially after how she spoke to Lisa. Mary Jane tore that girl down and all Lisa could do was stand there and take it. There is no doubt her words didn’t help her mental condition. She even mentioned how Lisa has tried to take her life in the past.

After getting the news and leaving work late, Mary Jane makes it home and crawls into bed. She goes through her call log and scrolls down to the last time Lisa called her. Then she sees all the times she called and didn’t answer.

Kara shows up to comfort her, and MJ tells her she’s just trying to make sense of everything. Later, she, Kara and some of Lisa’s friends sit around the coffee table and talk about the good things Lisa did. While talking about what to do for the funeral, they have a conversation about suicide in the black community and how taboo it is considered to be. MJ says the meds docs give black folks is what’s making them commit suicide and Kara argues that all meds aren’t bad. They then ask her if she’s talked to David (she hadn’t) and she’s dumbfounded because she didn’t know that he’s the one that found Lisa.

David comes over. They have a conversation, and while she is trying to be cordial, she still gives him the coldest shoulder. She asks him why he was at Lisa’s, and he tells her because Lisa wasn’t answering his calls.

Mary Jane walks in on her mother saying that they killed Lisa. She feels that because they didn’t talk to her or because of the way in which they did speak to her, they killed her. Mary Jane tells her that’s not true, but Helen doesn’t agree.  She puts her daughter in her place like only she can.

At Lisa’s house, her mother shows up, and MJ is straightforward with her. She tells her that she doesn’t want her husband, Lisa’s stepdad (played by Richard Lawson) to attend. They also agree not to go into the details of Lisa’s death. After they speak, Lisa’s mother goes to her car and tells her husband not to come to the funeral, and you want to know why? Well keep on reading and you will find out.

The family gets ready for Lisa’s funeral, and MJ views Lisa’s body alone. Afterward, she has a moment with David in which she tells him that she couldn’t even cry when she first heard Lisa died. He tries to comfort her but MJ is not having it and as usually, she tears into him. I’m out of comfort to give you, David. I’m out of anything to give you. I have nothing for you.”

As they ready to walk into the church, Lisa’s stepdad shows up anyway, and MJ goes off on him. I mean she makes a scene. Her family calms her down, and the minister tells her that because it’s the house of God, everyone is welcomed.

After they walk in, Mary Jane steps to the platform to address the congregation. She talks about the fact that everyone is a liar because “We’re all afraid that the whole world is going to come falling down if we are honest with each other all the time.” She says that the lies we tell each other is what killed her friend, her sister. Then… this chick does something bold and so Mary Jane. She tells everyone that Lisa was molested for over ten years by her stepfather, who is there sitting by Lisa’s mom. “Her whole life she was n pain.” Damn Mary Jane.

MJ goes on to say that the best way to celebrate Lisa’s life is to stop being liars, to celebrate the truth. “Just make sure that you tell everyone that you love that you will love them no matter how ugly their truth is.

That is some powerful stuff. RIP Lisa.