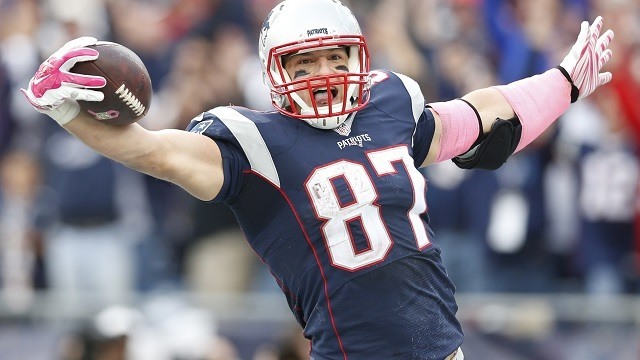 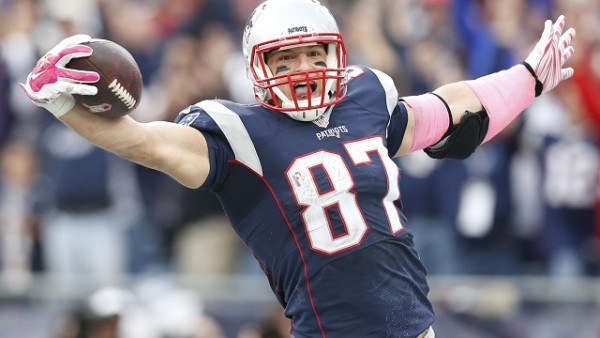 Week 14 wasn’t a showcase for the best games of 2015, but there were plenty of quality performances. A few ugly ones to go with those as well. Can’t have a stack of winners without a pile of losers to go with them.

My Falcons hit a new low while Carolina looked as good as they have all year. The Pats got back in the winner’s’ circle with the return of one badass tight end. And Cincinnati may be ready to collapse after losing their leader on offense.

NFL Grown Man of the Week: Khalil Mack of the Raiders went sack Ca-Ra-Zy! The kid had five in Oakland’s win over Denver. That was more than most teams get during a normal game and his sack for a safety helped his team get over on Denver in this offensively challenged game.

NFL Child of the Week: This one has to go to both LeSean McCoy and Chip Kelly. Does anyone really care if Philly’s coach called the Bills’ running back this week only to be hung up on? Surely normal NFL news is enough to feed the masses without this petty drama. Did Kelly put an ugly comment on Shady’s Instagram pic as well?

Winner: Gronk made his return to the field, much to the dismay of many fantasy players like myself who didn’t need to see the big man back so soon. At least it would take him a while to get back to himself, right? Wrong. The Freak End caught a 45 yarder early in the game and ended up with a touchdown along with 86 yards on the night.

Loser: We had finally gained some confidence in Andy Dalton and the Bengals. Now all they have done this year may be for naught now that the QB will miss time with an injured thumb on his throwing hand. Bad luck for one of the four best teams in 2015.

Winner: The Patriots benefited from Cincinnati’s loss along with Denver’s defeat. New England finds themselves in a familiar spot as they own home field advantage once again. How different things would be had Rob Gronkowski been seriously hurt a couple of weeks back.

Loser: Thomas Dimitroff. Someone’s head will roll after this miserable Falcons’ season ends. The new head coach is safe. No one would fire a guy after one year right? But Dimitroff can be blamed for the overall lack of depth because of poor drafting and free agent moves over the past few seasons.

Winner: Tedd Ginn caught two passes against Atlanta on Sunday. Both happened to be for scores. His over the top performance gave Carolina a 21-0 lead in the first quarter as the Panthers wrapped up a first round bye with the win.

Loser: Damn it! Thomas Rawls went down for the year with an ankle injury, ruining my season long fantasy league chances. The kid had been sensational in relief of Marshawn Lynch. I had become a big fan as he boosted my fantasy points weekly with the best free agent move of my fantasy season.

I know I’m a selfish fantasy jerk, but I really do feel for the guy.

Winner: Russell Wilson is playing on a different level son. Seattle’s savior threw five more touchdowns against Baltimore, making it 13 in the past three weeks. No picks during that time. He’s making Doug Baldwin, whom I love, look like Jerry Rice right now.

Loser: Shady McCoy got to 109 total yards, but lost in his homecoming to Philadelphia. Revenge games aren’t all they’re cracked up to be folks.

Winner: Break up the Rams! They finally won a damn game. Great idea to actually give Todd Gurley the football there Jeffrey Fisher. Gurley racked 140 on the ground along with two scores this week with his opportunity to shine.

Loser: The Falcons were supposed to get whipped by Carolina. Not a shocker. Not scoring even a field goal was simply shameful, though.

Winner: JaDeveon Clowney had a big night on SNF in a losing effort for Houston. The former number one pick ended up with two sacks against Tom Brady and the Pats.

Loser: Brian Hoyer felt the sting of steady sacks against the Pats as well. The Texans passer got hit repeatedly near the end of the game before finally leaving the contest with what appears to be another concussion. The Patriots had six sacks against Houston along with ten QB hits total.

Winner: Arizona got a big win over Minnesota on TNF to move to 11-2 on the year, also clinching a playoff spot. Dwight Freeney stripped Teddy Bridgewater at the end of the game as the Vikings were driving and well within range for a game tying field goal try. Arizona caused three turnovers in this game, giving up none themselves. The difference between a winner and loser.

Loser: Bengals backup quarterback AJ McCarron compared himself to Tom Brady. Not a good idea sir. I wish this youngster the best, but he might want to tone down expectations. Trying to emulate Brady when he became the starter in New England for a hurt Drew Bledsoe is a worthy goal, but his head coach may have tipped us off to how much we can expect from him as a starter…..”This kid has a great personality. That’s why he’s here,” Lewis said.

McCarron did throw two touchdown passes against Pittsburgh, so maybe he deserves more benefit of the doubt.

Two INTs also, so maybe not.

Check back next week for more winners and losers as we get closer to the playoffs. The individual wins and losses will extend or extinguish seasons from this point on.