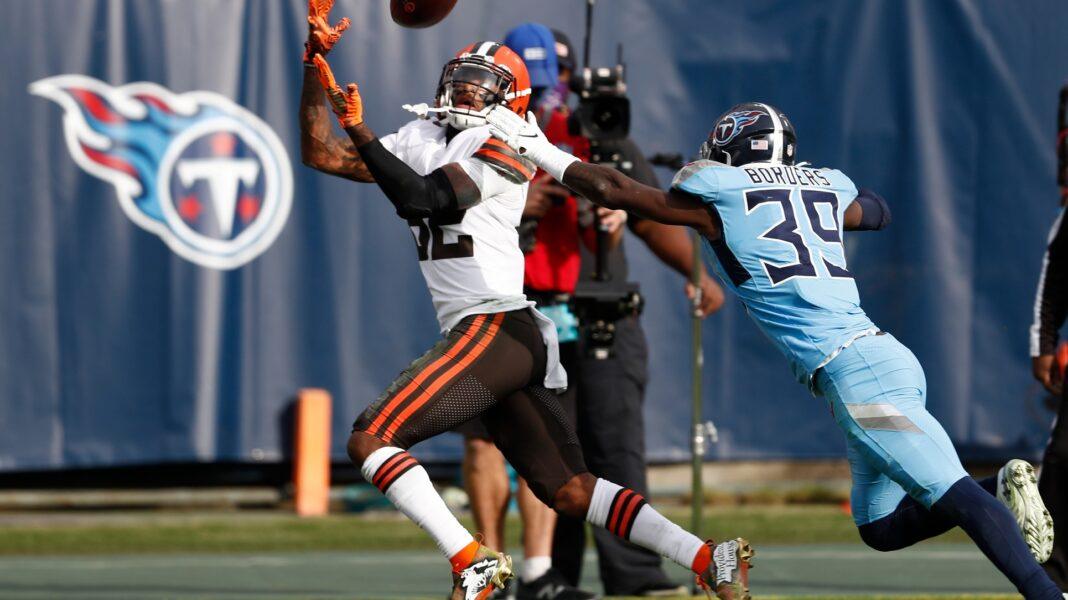 As we head into the race for a wild card berth, competition is tightening up.

There are a few matchups this week and next that have significant playoff implications. So what are a few top games to look at for Sunday and Monday?

The Browns Versus The Titans -6

This Sunday night we have an AFC clash that could have a huge impact on the AFC. The Titans currently stand on top of the AFC South. However, they are only a game ahead of the Indianapolis Colts. Furthermore, because they have split wins with the Colts, they have to finish with a better record than their equine adversaries.

The Browns are 7-4 at the moment and in second place behind the Pittsburgh Steelers. They need to keep up their winning ways if they want to stay ahead of teams like the Raiders, Colts,  Dolphins, and ravens who are just one game back in the same division.

This is an interesting game because the NFL spread opened up at just three points. Then it quickly skyrocketed up to as much as six points. I wonder what’s going on with this number because it was clearly set too low. Looking at the FPI and other power rating systems, the Tennesee Titans should have opened up as favorites of seven or seven-and-a-half points.

Because of this, I still feel like there is value on the Titans -6. That said, you can still find a couple of books at -5.5 and one, Heritage, at -5. The rub is, those lines are currently locked and no book is taking bets on that game at the moment. So, was this a sportsbook trap from the get-go?

The Colts -3 Versus The Texans

The Colts are coming off a close loss to the Tennessee Titans and are looking to rebound to stay in the hunt for a playoff berth. They head out on the road to the Lonestar State to face the Texans. I love this one because the Texans lost Bradley Roby and Will Fuller to suspension. So, they’ll be without a WR that has been getting tons of targets and five to six catches per night. On the defensive side, Philip Rivers will be air-bombing on a deficient secondary. This one could get ugly real quick. So, the Texans just getting three points seems like far too little.

That said, if we look at the power ratings, this one should be a pick’em. So, maybe I’m wrong. But that’s what makes this line exciting. Still, I think the Colts smash this secondary and get at least a two field-goal win.

The Chargers Versus The Patriots

The books listed this one as a pick’em. I am a bit surprised because this one should favor the Chargers by a safety. Heck, at least give them 1.5 for the power rating sums. One other thing that makes this one exciting is how the power ratings for each team shakes out.

The Pats lose a bit for their offense but gain a half-point for their defense. The Chargers lose about three points for their offense but gain almost a point for their D. So, given the fact that they are at home, and have given some top teams a run for their money, I think the Chargers will take the Pats right down to the wire. Both of these teams gain 5.5 yards per play on average, but the Pats give up 6.0, while the Chargers give up 5.6. The Chargers also have a better completion percentage better third-down conversion percentage and slightly better RZ scoring. Defensively, the Chargers are also much better at completions allowed, get more three and outs, and have a better RZ defense.

Because of this, I think the Chargers are going to get a win. As long as the Hoodie doesn’t pull out some magical coaching spells. Either way, this is going to be a battle that we shouldn’t miss and I do believe there is a little value on the Chargers, especially considering Super Cam’s horrific performance last week. He was picked off two times and only passed for 84 yards.