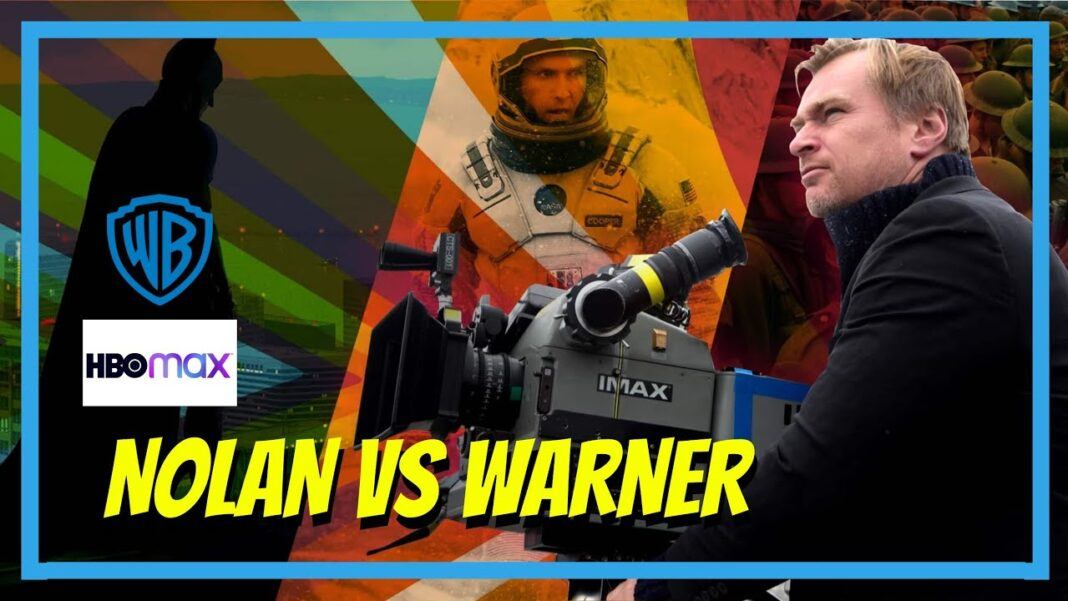 When WarnerMedia announced it would be sending seventeen films straight to HBO Max in 2021, many insiders felt blindsided. Dec 3, 2020 will be a dark day in Hollywood as producers, stars and their reps.

Christopher Nolan, who has had a strong relationship with Warner Bros since 2002 with “Insomnia.” Nolan has come out strongly against the company’s decision to debut its films on HBO Max and in theaters in 2021.

“Warner Bros. had an incredible machine for getting a filmmaker’s work out everywhere, both in theaters and in the home, and they are dismantling it as we speak. They don’t even understand what they’re losing. Their decision makes no economic sense, and even the most casual Wall Street investor can see the difference between disruption and dysfunction.”

“It’s a unilateral decision that the studio took. They didn’t even tell the people involved,” Nolan said. “You have these great filmmakers who worked with passion and diligence for years on projects that are intended to be feature films with fantastic movie stars. And they’ve all now been told that they’re a loss-leader for a fledgling streaming service.”

The company announced last week that its 2021 film slate, including the new “Matrix” movie, “Dune” and “In the Heights” would debut on its streaming service and in theaters simultaneously in the U.S., rattling Hollywood and resulting in doomsday predictions about the future of the movie theater.

“I’ve never seen everybody so upset about one particular decision,” Nolan said.

AMC Theaters chief Adam Aron condemned the move last week, but no in-house filmmaker has spoken out on the record until Nolan, one of the studio’s marquee names. Nolan has worked with Warner Bros. on every film since 2002’s “Insomnia” in a profitable and critically acclaimed run that’s included “The Dark Knight” trilogy, “Inception” and “Dunkirk.”

“Tenet,” his time-bending sci-fi thriller starring John David Washington, is not following suit and heading straight to HBO Max. It is being released on DVD, Blu-ray and digital on Dec. 15. Nolan said he’s “very glad” his film “isn’t caught up in the mess that they’ve made.”

“We will be accessible through Roku and Amazon Prime and iTunes and be everywhere all at once for people to enjoy,” Nolan added.

“Tenet” was the first and only major blockbuster to test the waters opening in theaters in early September after they had been closed for nearly six months because of the pandemic. With major markets like Los Angeles and New York closed, domestic ticket sales fizzled, and Warner Bros. and other studios responded by delaying the year’s remaining major films. But internationally “Tenet” has made over $300 million.

“That sends a very optimistic message about when theaters can open, as long as there are films for them to show, people are going to come back,” Nolan said. “I think everybody in this business completely understands that long term people are always going to want to go to the movies. I think that a lot of short-term thinking going on right now, which is maybe inevitable in such a terrible situation.”

The Warners move poses big, maybe even existential questions: How do theaters survive this supposedly onetime, excused-by-the-pandemic move? Genies are hard to put back in the bottle — and no one believes Warners intended this to be temporary, anyway. What damage will be done to exhibitors by training customers that if they sit on their sofas, the biggest movies will come? And will Warners face serious backlash from important producers, filmmakers, guilds and onscreen talent? “Warners was the quintessentially talent-friendly, filmmaker-friendly studio,” says one agent. “Now Warners isn’t the first place, second place or third place you want to go.”

Many in Hollywood think WarnerMedia opted for this drastic move to play to streaming-infatuated Wall Street and redo the botched launch of HBO Max, which has netted a dismal 8.6 million “activated” subscribers so far. But one prominent agent notes that the top executives at WarnerMedia and its parent — AT&T CEO John Stankey, WarnerMedia CEO Jason Kilar and, of course, Sarnoff — “don’t understand the movie business, and they don’t understand talent relations.”

While Kilar pays what is seen as lip service to movies, industry veterans say Warners is sacrificing the huge profit that comes from selling movies in multiple formats and on multiple platforms around the world.

Even before Warners made its play, there was grumbling among agents that Sarnoff, who has been on the job for more than a year, had yet to get acquainted with key players on the film side or make much of an impression at all. That’s why many are focusing their wrath on Emmerich. “Toby’s passion is only about managing up,” says one agent who represents major Warners talent.

By the weekend following the announcement, Emmerich was calling important filmmakers with projects set for 2021 to assure them that their movies wouldn’t be dropped on the streaming service without warning. “As if anyone would believe he had any control over the situation,” says one producer with a major Warner property. “Toby probably had a really bad weekend, not that I feel bad for him,” says one agent.

Warner Bros. may and probably will live to regret this decision as many of the top filmmakers aren’t motivated solely by money. The studio has had a decades-long legacy of being known as the studio to go to for being talent-friendly. In one fell swoop, they have gone from that studio that has become like all others that don’t care about talent.

No “Crown” Disclaimer For Netflix

Netflix has “no plans” to add a disclaimer to “The Crown” stating that its lavish drama about Britain’s royal family is a work of fiction.

In a statement Saturday, Netflix said it has always presented the drama, as just that — a drama.

“We have always presented The Crown as a drama — and we have every confidence our members understand it’s a work of fiction that’s broadly based on historical events,” it said.

“As a result we have no plans — and see no need — to add a disclaimer.”

Netflix was urged last week by British Culture Secretary Oliver Dowden to add the disclaimer, in the wake of the broadcast of the drama’s fourth series.

Questions of historical fidelity weren’t a major issue during earlier seasons of the show, which debuted in 2016 and traces the long reign of Queen Elizabeth II, which began in 1952.

But the current fourth season is set in the 1980s, a divisive decade in Britain. Characters include Conservative Prime Minister Margaret Thatcher, whose 11-year tenure transformed and divided Britain, and the late Princess Diana, whose death in a car crash in 1997 transfixed the nation and the world.

Some Conservatives have criticized the program’s depiction of Thatcher, played by Gillian Anderson. Britain’s first female prime minister, who died in 2013, is portrayed as clashing with Olivia Colman’s Elizabeth to an extent that some say is exaggerated.

“The Crown” creator Peter Morgan, whose work also includes recent-history dramas “The Queen” and “Frost/Nixon,” has defended his work, saying it is thoroughly researched and true in spirit.

Charles Spencer, Diana’s brother, was one who called on Netflix to add a disclaimer.

“I think it would help The Crown an enormous amount if, at the beginning of each episode, it stated that, ‘This isn’t true but it is based around some real events,’” he told broadcaster ITV. “I worry people do think that this is gospel and that’s unfair.”