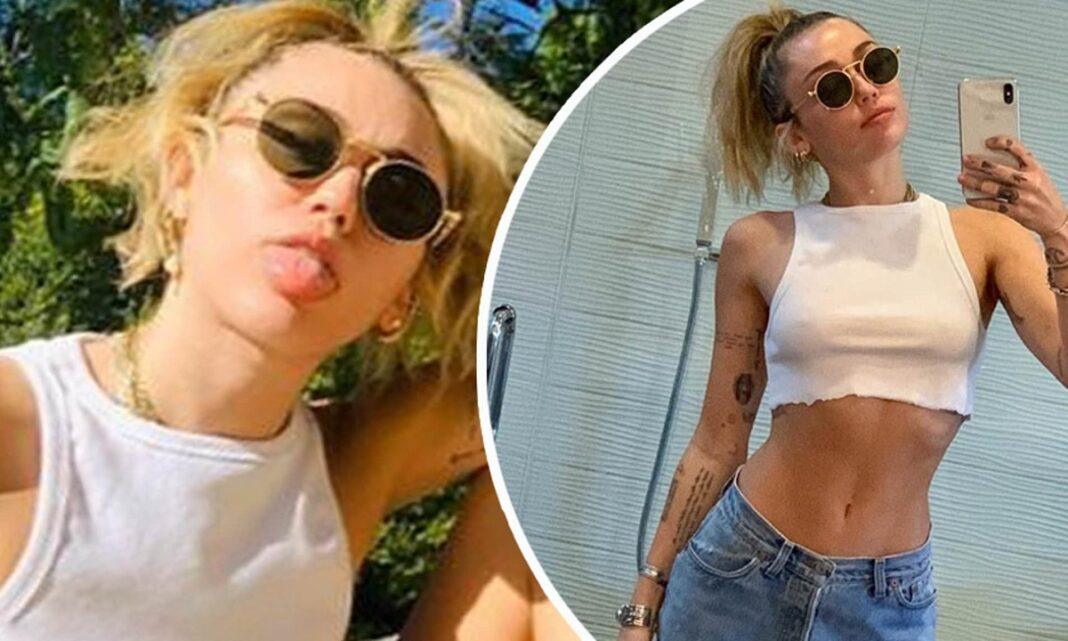 At this point, no amount of nudity is really surprising when it comes to Miley Cyrus.

The 22-year-old super star took to Instagram on Sunday morning to share a picture of her completely nude, as she prepared for her hosting gig at the 2015 MTV VMAs. The singer did however use stars to censor the risqué image.

Along with the picture, Miley wrote the caption saying, “When yiew da host so you gotta get to the vmas early AF!!!!!”

The day before, Miley took to her social media to share a picture of her meeting 87-year-old Instagram star Helen Van Winkle, known as Baddie Winkle. Although Miley was not nude, she was wearing a skintight jumpsuit that featured a fruit and vegetable print.

According to reports, MTV is placing the award show and host Miley Cyrus on tape delay, just in case anything unexpected happens during the show. Therefore, MTV will be delaying the live broadcast by a few seconds to ensure they have time to cut away from anything that isn’t suitable for TV.

Executives at MTV have been busy warning audiences to be aware of the host and prepare for potentially one of the most controversial VMAs of all time.

Despite, Miley’s controversial persona, she has no doubt created ample hype around this years MTV VMAs.

In January, Andi and Josh announced their split, releasing a joint statement saying:

Since the split, sources have reported that both Andi and Josh were having trouble moving on from the relationship, however on Saturday Andi took to Instagram and playfully referred to her past relationship with Josh.

Andi posted a picture with her alongside Tennis star Andy Murray at the U.S. Open’s Party with the Pros event. She jokingly captioned the picture, “The World is only big enough for one #AndyMurray…”

Here, she refers to the fact that she would be named Andi Murray if she went through with her engagement to Josh.

Since the split, both Andi and Josh have been relatively private about what happened, so many are surprised that Andi alluded to their relationship on her social media. Although, it does seem like a good sign that she is making progress in moving on from her failed Bachelorette relationship.