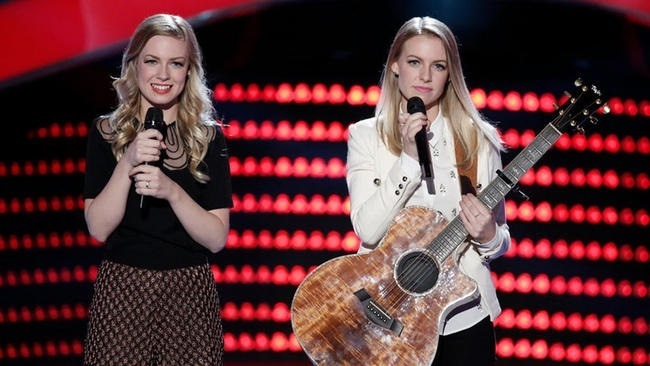 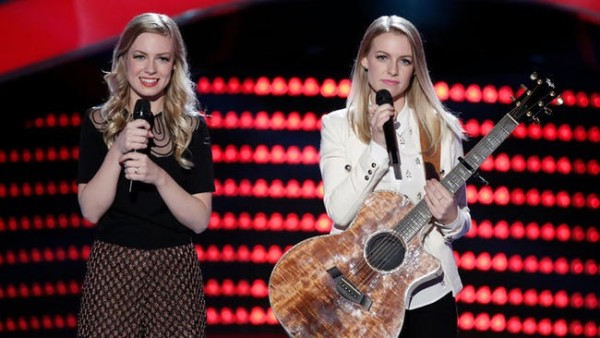 The fourth episode of season 9 of The Voice aired on Monday night (September 29). The judges continued the recruitment process, as the blind auditions carried on for another night. Once again, audiences were graced with the bickering between judges, Carson Daly attempting to seem interested in the backstory of the various performers and of course, a diverse set of auditions.

So, here is the recap of some of the performances (both good and bad) from the night’s episode.

“You Make Me Wanna” by Usher

The first performer of the night kicked things off with a rendition of Usher’s first hit (note: Usher rotates in as a judge on the show every other season). Darius showcased his impressive range with various runs. Although he got three judges to turn their chair, he revealed he pretty much made his mind up before he came – and therefore, Team Pharrell it was!

“Celcilia and the Satellite” by Andrew McMahon in the Wilderness

Of course, this season needed a self-proclaimed “weird” girl. Korin added as much “quirkiness” as possible to her performance and not surprisingly got the attention of Gwen. Gwen noted that she had one of “those rare character” voices. Unfortunately, previous “character” voices on the show have never managed to make it all the way, but that won’t stop Korin from trying.

“Angel from Montgomery” by Bonnie Raitt and John Prine

Krista is from a small town in West Virginia, but proved she is ready for the big stage as she did an impressive rendition of “Angel from Montgomery.” She further showcased her musical ability by accompanying her vocals with her guitar. Adam was the first to turn; however the other coaches were soon to follow. Ultimately, the country girl ended up choosing none other than Blake Shelton.

Blake is definitely not short on country artists this season.

“I See Fire” by Ed Sheeran

One chair turned – ended up on Team Adam

15-year-old Chance Pena may still be in high school, but he already has landed himself countless gigs in local bars and restaurants. Although his vocals and pitch was very precise, he didn’t necessarily bring anything out-of-the-ordinary to the performance. I do like that he choose a more current song, as this is somewhat of a rare occurrence in this season’s blind auditions. Nonetheless, Chance’s audition was enough to impress Adam – which means he earned a spot in the battle rounds.

“What’s Going On” by Donnie Hathaway

Viktor was a particularly interesting contestant, as he revealed he is pretty much already a star in Hungary, where he has been living for the past 16 years. In Budapest, Viktor won the country’s version of American Idol (known as Megasztar). Viktor’s confidence and experience on the stage is quickly apparent, as all four judges almost immediately turn around. His soulful voice clearly surprises the judges, as Blake blabs out “that guy is white?!” when he sees who was behind the voice.

“Dreaming with a Broken Heart” by John Mayer

Another teenager to hit the stage on Tuesday night was Cole Criske. He was able to showcase his high vocal tone with the John Mayer tune and eventually won over Gwen, Pharrell and Blake. However, Blake reminds him that he coached Xenia in season 1, who is from the same hometown as Cole (Temecula, California) and ends up recruiting Cole to his team.

Yet another singer to hit the stage who has already had ample experience performing. 22-year-old Alex Kandel has already established herself as a musician, as part of the band Sleeper Agent. The band has already put out two albums and has been featured on The Tonight Show and Late Night with Jimmy Fallon. However, Alex decided to venture onto the voice to try and make a name for her self as a solo act. Although she seemed a bit nervous, her raspy tone was refreshing and relatively unique.

“Thank You” by Dido

Of course to end the night out with a bang, The Voice employs twin sisters Andi and Alex to wrap up the fourth round of blind auditions. The sisters wowed all four of the judges, as they used the Dido song to not only belt out well-rehearsed harmonies, but also to feature their individual voices. They are definitely one of the more memorable acts thus far and admittedly, the fact that they are twins will probably help them stand out from the crowd as well. It will be interesting to see what song Adam will assign them come the battle rounds.

And that rounds out the night. There is only one more round of blind auditions next week (on Monday, October 5). As I previously mentioned, this season contestants seem to be steering away from performing today’s hit songs (i.e. Top 40). While in some cases this is a smart choice, I am anxious to see some of the musicians put their own twist on some more contemporary songs. Most likely we will see this come the battle rounds, when the judges assign the songs.

So with one more round of blind auditions left, how many spots are left on the judges’ teams?

Team Pharrell, Team Adam and Team Blake all have 2 spots open, while Team Gwen has only 1 spot remaining.

Catch the last series of blind auditions next week, Monday October 5, on NBC at 8ET/PT.