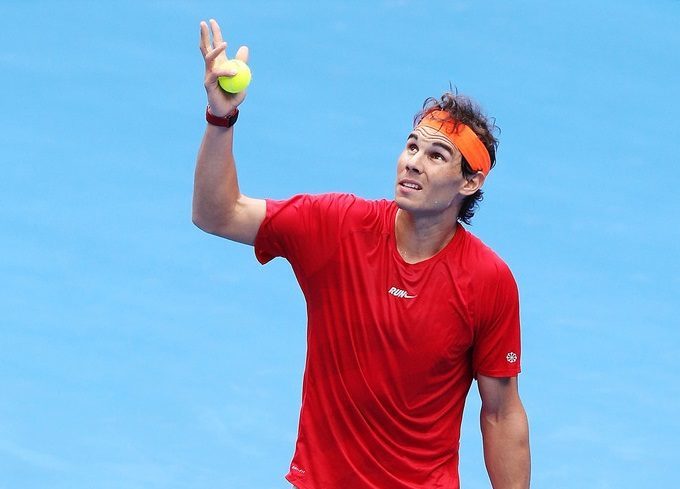 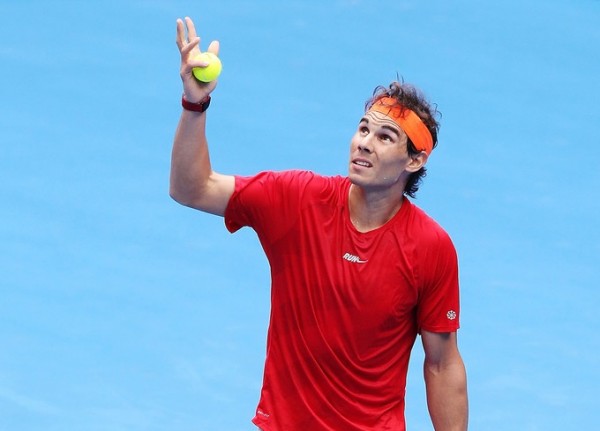 Rafael Nadal‘s 2015 season has been precedent setting in a lot of ways, though not in any good ways. It is hard to tell which is more striking: the fact that Rafa did not win the French Open for the first time since 2009 or the fact that his ranking dipped down to the World No. 10 position earlier this season. However, for the time being and despite the below par form, Nadal appears to have no retirement plans.

“I have motivation to keep going so it’s difficult to think about not playing,” the player, that many consider to be the greatest of all-time (ie. the GOAT), claimed.

However, in regard to the GOAT status, the 29-year old, in my opinion, definitely has some work ahead of him if he is to be considered the greatest ever at the end of his career. In fact it is very strange that many consider Nadal to be the best tennis has EVER seen when it’s very debatable that he should be considered the greatest even among his contemporaries. Roger Federer‘s cold-hard stats are more impressive than Nadal’s in terms of Grand Slam singles titles won and weeks spent at the World No. 1 position.

In regard to the former, to date Federer has seventeen titles while in regard to the latter Federer has 302 cumulative weeks. Compared to Nadal, Federer has 21% more titles in majors and 214% more weeks looking down at everyone, including Nadal, in the ATP‘s ranking system.

Those that suggest that Nadal is the greatest often argue his head-to-head record against Federer, one that is 23-10. However let’s not forget that Nadal is a lot younger than Fed and the Spaniard’s head-to-head stats may be padded due to that. But even that consideration aside, the GOAT debate should center around how a player does against the entire field of competitors over the course of his career – not individual heads-up series match-ups.

Yet the debate about the GOAT, insofar as it centers around Nadal and Federer, does make it seem as though the two players are extinct instead of extant. Their career totals are still subject to change and I don’t think either one is close to retirement yet. That said, it’s entirely possible that they could end up head-to-head in another big tournament final before either player does call it quits.

With regard to Federer, I think he will probably still be seeded at the 2018 US Open. He is resilient against injury and, even though his body will fail more and more in long matches, his mind will not. Tennis is as much of a chess match as it is an athletic competition and brains last longer than braun.

But in regard to Nadal, it’s hard to say when the “motivation to keep going” will leave him. He has had an injury-plagued career and you would think that his maladies would only increase in frequency as he ages. As a hypothetical example, if Rafa ran into a knee problem in the near future, as he has in the past, would he try to come back from it after missing a few months? Or would such a problem force him to consider retirement?

Time will tell but I think Nadal will be with us for the 2016 season. In fact he’s such a talented player that I think that he even has some more surprises left in him.

These former World No. 1s remain dangerous right up until the day they retire because of their mental mastery of the game. Many would be surprised to see Rafa win another major however I personally wouldn’t: he’s the type of player that emerges as a champion again, right when everyone in the world in writing him off. A healthy Nadal that is in-form promises to be a title threat in any tournament he enters for the next few year’s still.