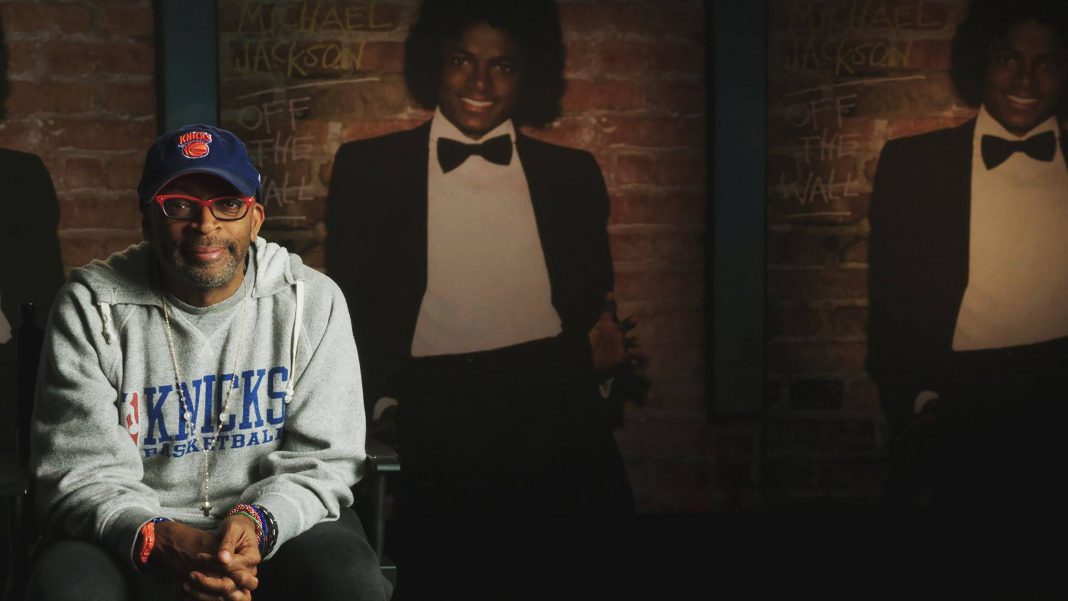 In the world of 20th-century pop, there are many iconic sounds from famous artists. “Don’t Stop ‘Til You Get Enough,” is one of these songs. It has a great entry beat that reminds us of Star Wars a little (“The force, it’s got a lot of power”), plus it features Jackson’s signature falsetto voice.  You hear tons of funk in the tune as the percussion and horns come into play.

Spike Lee takes us back to that song when we first heard it with Michael Jackson’s Journey from Motown to Off the Wall. This movie is Spike Lee’s bid to reclaim the legacy of Michael Jackson which in later years, was tarnished by the tabloids in an unfair way.

After the premiere at Sundance, this movie will play on Showtime, starting Feb, 5th. It will be very welcomed by fans that grew up with the Motown sound. The movie is entertaining, and it’s a good companion to the 2012 movie by Spike Lee called Bad 25.  That film marked the quarter-century anniversary of the Jackson album Bad 25.

Lee has a special interest in Jackson that goes beyond just his incredible music. He acknowledges what an influence Jackson had on black culture as he bridged the divide that separated back artists from the mainstream at the time. The music industry was segregated even though Jackson sold six million copies of Off the Wall, he was regulated to black R&B award categories and didn’t get the recognition he deserved.

The film is an excellent look at Jackson at the director talks to producers, artists, engineers, songwriters, and arrangers. He talks to several Jackson family members including two brothers and his parents as well as Berry Gordy, the Motown godfather. The film looks at what makes a great pop song with commentary from Philadelphia hit makers Kenny Gamble Leon Huff, Questlove, as well as Mark Ronson. Other artists in the movie acknowledge their debt to the work of Jackson. Artists such as Pharrell Williams says he wouldn’t be where he is today without the record Off the Wall. The Weeknd says that Off the Wall helped him with his falsetto.

The movie also looks at Jackson on a more personal level. The music was a big influence on the personal lives of artists and others as they were growing up. The documentary looks at each of the tracks on the Off the Wall album. It spends most of the time on the standout songs the album such as — “Don’t Stop,” “Working Day and Night” and “Get on the Floor,” which were written by Jackson. The songs “Rock with You” and the title song, were contributions by Rod Temperton. There’re slower songs on the album too such as “I Can’t Help It.” Songwriter Tom Bahler, enjoys the emotion found in the track “She’s Out of My Life.”

The movie includes a vintage interview with Jackson where he talks about how he began to sing with his brothers when the T.V. broke down. The early years are looked at with some great archive material. Jackson is featured with his natural skin color and without surgery so he looks vastly different. It reminds us of how far he fell from reality as he got older, especially those late years.

Lee however, doesn’t dive into any of the controversial subjects such as Joe Jackson pushing his children to succeed. Lee instead, looks at the ambition and drive of Jackson, who claimed early that he wasn’t going to be a poor person. Jackson’s adolescence is examined where he learned a lot about music from the senior artists in the craft and the Motown family. It shows how Jackson worked on becoming a perfectionist.

Lee leaves out the family friction which is a bit disappointing, although there is a 1980 interview with Jackson where he says he had no guilt about leaving his brothers as he went solo. Jackson claimed it was his creative need that forced him to branch off on his own. His talent then was eclipsing the group.

The film has a look at the performance of “Ben” from the 1973 Oscars where Jackson first stepped out by himself. The 1975 exit from Motown to Epic Records, a CBS subsidiary is depicted too and shows how difficult it was although it was necessary.

The Jacksons were known as the “Jackson 5.” They were struggling to shrug off the image they had from their cartoon series. They had two transitional albums produced by Gamble and Huff which helped them form a more adult sound. One American Bandstand clip shows the Jacksons doing “Shake Your Body (Down to the Ground).” This clip shows them as a more adult band. There are archival interviews with Sammy Davis Jr. and Gene Kelly where they said they were flattered that Jackson was using some of their dance moves in his music. Misty Copeland talk about his footwork and Kobe Bryant the basketball star says that Jackson influenced his moves on the basketball court.

Off the Wall features a stepping stone that led up to it which was Jackson’s appearance in Sidney Lumet’s 1978 film of The Wiz. This movie was hammered by critics, but it was a big event for Black America. Jackson appears alongside Diana Ross and shows some energy and physicality that made his number shine, despite a poor overall movie. This film connected Jackson with Quincy Jones, one of his most important collaborators. Jones was an unconventional choice as he’s a jazz maestro, but he helped Jackson define his legacy with Off the Wall, Thriller and Bad which were released over eight years. Here’s hoping that Lee has a look at some of the other landmark albums such as Thriller in the future.

Film Review: ‘Michael Jackson’s Journey From Motown to Off the Wall’