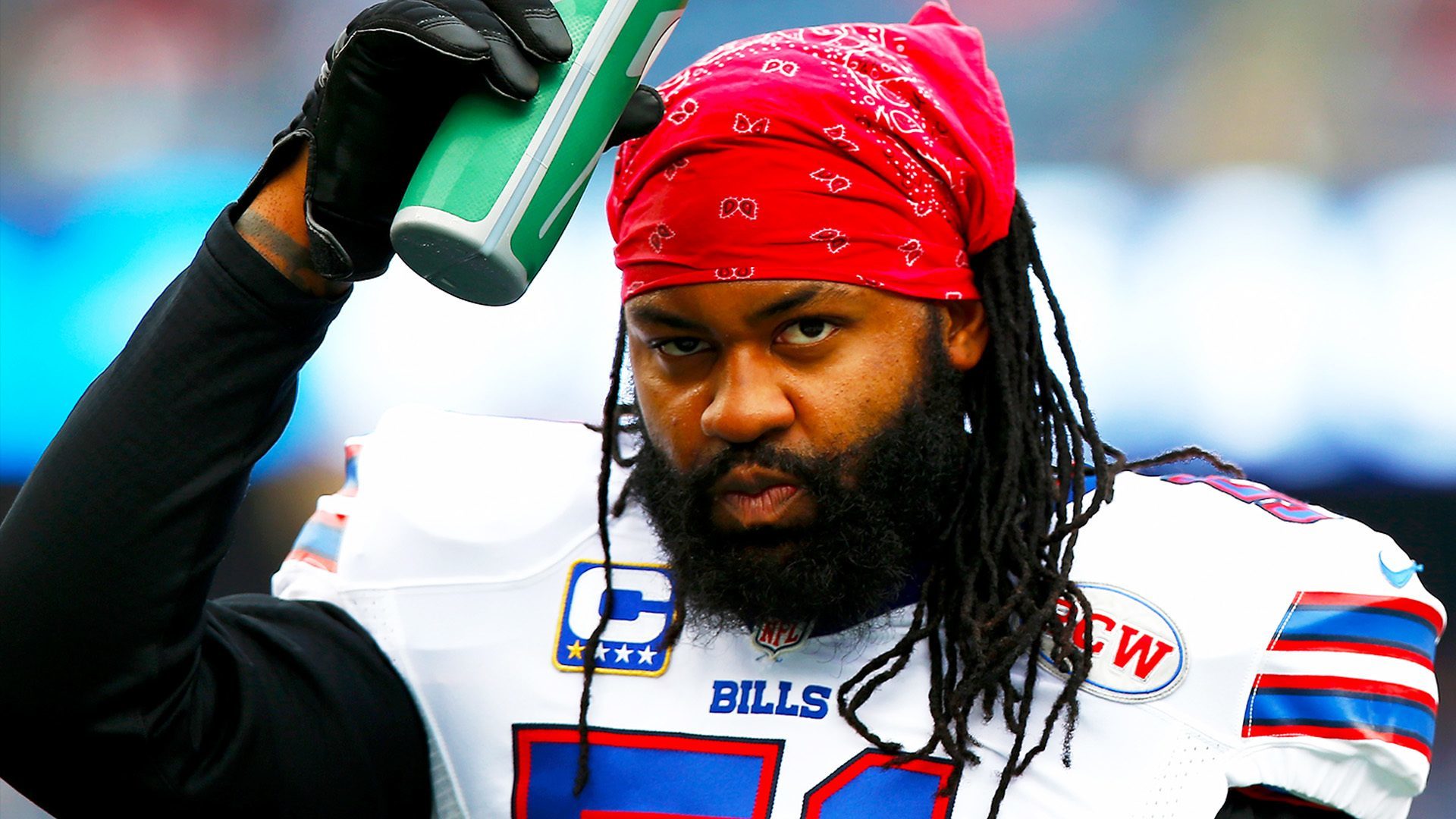 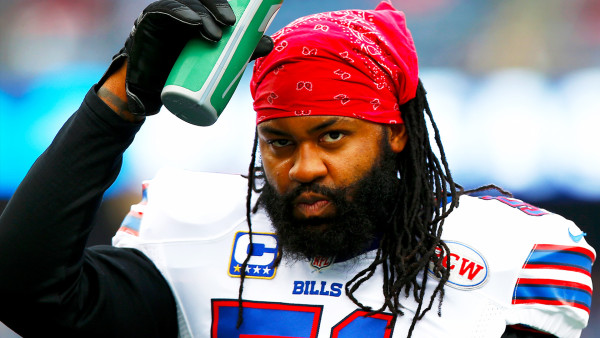 After everything that has happened to Aaron Hernandez, you would think that a fellow player would realize that the New England Patriots would be much quicker to head up player controversy, but that’s not the case with Brandon Spikes. There’s no more strike threes he found out, it’s strike two and you’re out with good reason.

The linebacker may complain that it’s not fair, but he was given another chance and messed up. The NFL and most major sports have coddled their players and protected them, but the times are a changing now as things have gotten out of control with all the coddling. It’s a new world, and keeping things quiet when you’re a celebrity in any field is next to impossible. Plus, playing on a team that’s been socked left and right with controversy means minding your p’s and q’s until things blow over.

The Patriots took him back, signing him to a one-year deal in May, after a rocky initial marriage where Spikes said some unflattering things about the organization, amongst a few other items that didn’t sit well with Bill Belichick. 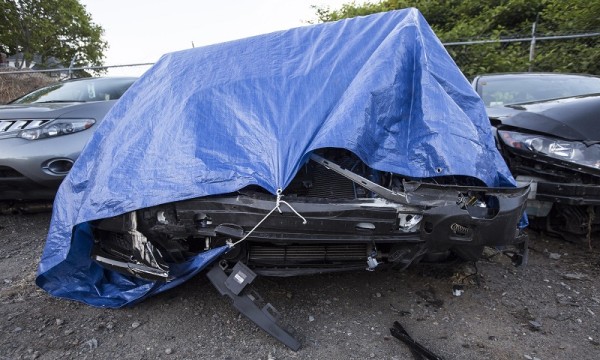 It’s not that Belichick all of a sudden went soft on a guy who referred to his time with the Patriots as “four years a slave.”

It made sense for him to give Spikes another chance given both Jerod Mayo (patellar tendon) and Dont’a Hightower (torn labrum) are still rehabbing injuries and he needed someone who understood the defense to take up the reps during the offseason practices and minicamp.

At the very least, Spikes could have adequately filled the role until Mayo and Hightower returned down the road.

So Belichick structured a deal that wouldn’t hurt the Pats if Spikes messed up and had incentives if the linebacker behaved and stayed the course.

Only, Spikes couldn’t get out of his own way.

He’s now the subject of a police investigation, as state police probe whether a damaged Mercedes-Benz belonging to Spikes — found abandoned before dawn Sunday morning in the median strip of Interstate 495 in Foxboro — is linked to a reported hit-and-run nearby that sent three people to the hospital for minor injuries.

Based on Spikes’ history with the team, Belichick probably told the former Florida product one slip-up, and you’re gone. That’s the reason Spikes is out the door and unemployed.

So the Hernandez hook is minimal at best in terms of cutting their losses with a suspect player here.

As it is, the Patriots haven’t exactly shied away from the bad boys following what resulted in a murder conviction for former tight end Hernandez, who arrived with  baggage.

Case in point, the team reportedly offered linebacker Rolando McClain, arrested three times since 2011, a contract this spring. The Pats simply lost out to Dallas, where McClain had played the previous year.

Last year at rookie minicamp they tried out Nu’Keese Richardson, who was booted out of the University of Tennessee and had an armed robbery arrest on his record — for which he pleaded guilty and ultimately got  probation.

It has worked the other way, too. Two years ago, in a case that was probably a direct fallout from Hernandez, the Pats reportedly agreed to terms with defensive tackle John Drew out of North Carolina Central. Not long after it was learned Drew had been kicked out of Duke for his involvement in firing a gun on campus, the Pats took a pass.

As for Spikes, it seems more like a case of the linebacker being a knucklehead and not realizing if you kiss and make up with the Hoodie, you don’t turn around and immediately stab him in the back. 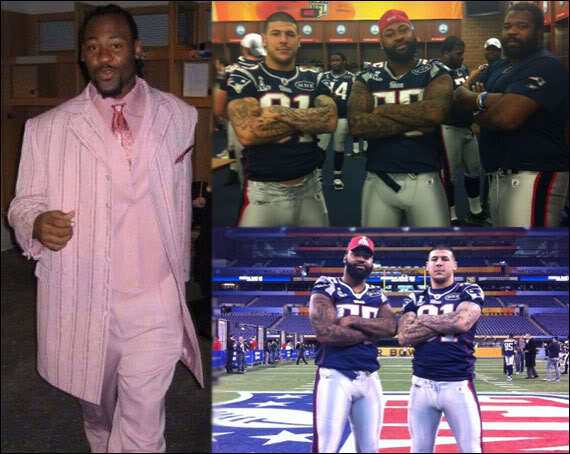 It’s an old, old story, and Brandon Spikes is just its latest chapter.

If we think long and hard enough, we probably all have a page in there somewhere. We’re like Sinatra: “Regrets? I have a few, but then again, too few to mention.”

With any luck, we can clean up the mess of our regrets and move on, hopefully without the whole world knowing about it.

But that’s a perk not  afforded people in public life, which certainly  includes Spikes, the 27- year-old linebacker who  received a second chance from the Patriots, then blew it all four nights ago for reasons not yet fully clear.

What is clear is that the Patriots had no stomach for understanding why their prodigal defender abandoned his heavily damaged car in a median strip of I-495 during the wee hours Sunday, not far from where a second car had been rear-ended by a hit-and-run driver, sending its occupants to a hospital.

Why would Spikes walk away from that scene?

It makes no difference now. He’ll have a lifetime to figure it out.

If you’re just an observer, however, it makes you want to scream, “Kid, how could you risk it all?”

But that’s the view from the cheap seats, where  everything seems so easy to grasp, such as the school of thought that held every  Patriot would be constrained by the example of Aaron Hernandez, who had a $40 million contract at the age of 22 and was sentenced to life without  parole at the age of 25.

Why does Hernandez find himself imprisoned this morning and Spikes finds himself unemployed, when both should be at the peak of their physical prowess, living out a dream come true?

Truth be told, very few of us learn from the examples of others.

Choices continue to be made by who we hang with or what we ingest or what we believe would be pleasing to others, and by the time it becomes obvious those choices were wrong, it’s too late to right the  ship.

It is indeed an old, old story, but it’s a lesson still there for the learning.