Home All News Movie News ‘Me and My Mates vs. The Zombie Apocalypse ‘ new clip hits 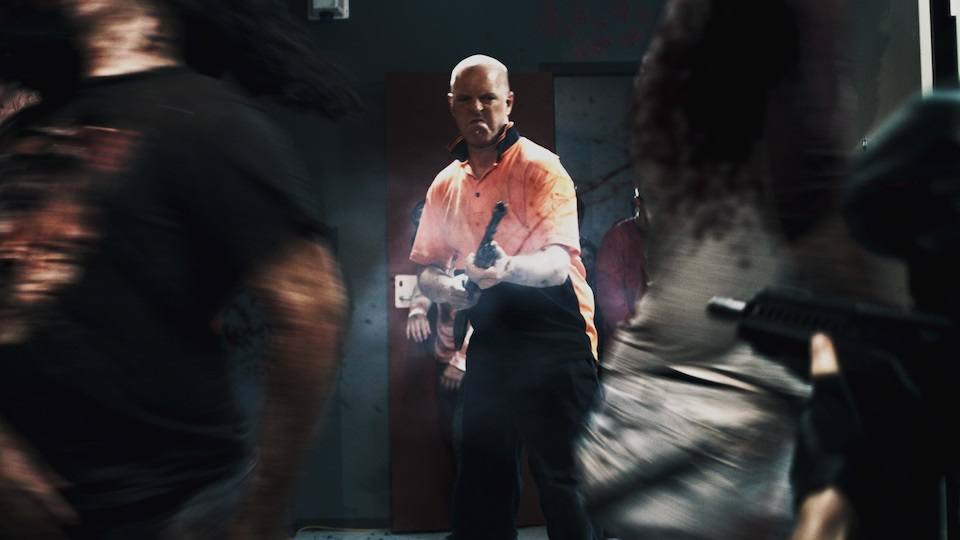 Australia is the latest country to jump on the latest craze in entertainment: zombies. The zombie-comedy Me and My Mates vs. The Zombie Apocalypse is making its way from down under to North America, as it approaches its upcoming wide release date. You can also pre-order it here.

The movie centers on a mid-twenties telecom tradesman named Darryl, who winds up getting trapped in a telephone exchange with several of his co-workers. Unfortunately, it just so happens that while this is going on the rest of the world is going to ruins, as it proceeds to be overrun by zombies. Thus, Darryl finds himself amongst both his bosses and the company’s resident apprentices, as they fight over the rules of survival and safety in the midst of a zombie apocalypse.

Me and My Mates vs. The Zombie Apocalypse was written and directed up-and-coming filmmaker Declan Shrubb. The film stars numerous prominent Australian comedians, including Jim Jeffries (known for his FX series Legit), Greg Fleet (Full Frontal) and Alex Williamson (Australian radio presenter). Williamson, who plays the lead character Darryl in the movie, rose to fame when he became one of the state finalists in the Triple J’s Raw Comedy Awards back in 2009. Subsequently, his YouTube channel gained significant notoriety, with several of his videos having well over 3 million views. While he has had a few small roles in television and film projects, Me and My Mates vs. The Zombie Apocalypse marks Alex’s first big leap into comedic acting.

The movie itself was funded partially through crowdsourcing site Indiegogo. The movie was able to garner over $40,000 USD (surpassing its goal of $30,000) in supporting funds, becoming the highest Indiegogo funded Australian non-documentary film. The crew behind the film explained that they were looking to put a relatively significant amount of capital in the film to ensure that their effects and visuals matched the quality comedy they hoped to bring to the big screen. Fortunately, through Indiegogo and their other fundraising tactics, the production team was able to work alongside an internationally renowned movie effects company so that they could up the film’s ante.

With the impending North American release of the movie, independent film and music distributor Lightyear Entertainment uploaded a trailer, showing audiences what they can expect from the Australian take on zombie comedy.

The trailer begins with Darryl and his peers venturing out to their workplace parking lot, hoping to get some beers out of their car. However, they unexpectedly encounter a zombie, who winds up being just the beginning of their guts-filled adventure. Later on, the employees are heard trying to figure out just what is causing the zombie outbreak, as they speculate that government poisoning might have something to do with it.

Unfortunately things get even more complicated, as the boss of the company finds out that one of his subordinates is getting intimate with his daughter. Thus, it is not only the zombies that end up on a rampage.

Filled with guts, violence and one-liners said in Australian accents, Me and My Mates vs. The Zombie Apocalypse attempts to do a more light, humorous take on the whole zombie craze.  Touted as the first “oz-zom-com,” this movie blends Australian humor and slang with monster-filled action.

Moreover, if you want to see just what Me and My Mates vs. The Zombie Apocalypse is about, you can catch it on DVD, on-demand or on select digital channels (in Canada and the US) when it is released on July 5th, 2016.